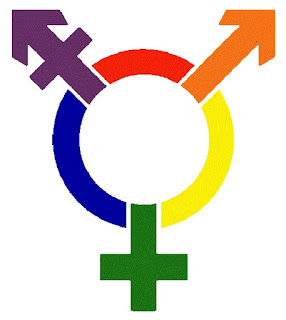 In my opinion, these holidays are just as important as any rainbow festooned pride event, largely because the transgender community is so misunderstood...not only by the general public...but often also by the LGB community to whom their "T" is a part of. Coming out as a gay and being a member of the LGBT community does not automatically make you an expert on all it's facets and when a friend came out to me as trans I discovered that I had a  lot of learning to do. Unfortunately, it wasn't long after my friend Carina came out to me that I lost her to suicide because the rejection of her family was too much for her to bear. And just like that, transgender issues stopped being abstract issues peripherally attached to a community I consider myself a part of and became a very personal part of my life. My education on trans life began with my friend Carina but it continues to evolve today...

For example...It was in a discussion with a Trans friend about raising awareness that a comment was made that challenged what I believe to be an important,  if not critical feature of gay life....coming out, and then living your life out of the closet....

Gay brothers and sisters,... You must come out. Come out... to your parents... I know that it is hard and will hurt them but think about how they will hurt you in the voting booth! Come out to your relatives... come out to your friends... if indeed they are your friends. Come out to your neighbors... to your fellow workers... to the people who work where you eat and shop... come out only to the people you know, and who know you. Not to anyone else. But once and for all, break down the myths, destroy the lies and distortions. For your sake. For their sake. For the sake of the youngsters who are becoming scared by the votes from Dade to Eugene.---Harvey Milk

I believed in coming out as a path to not only personal freedom, but also a critical action toward fostering equality for all of us in the LGBT community. It is so central to what my family does with our Youtube channel and why we do it. Because I believe that the more the world personally knows a lesbian, gay, bisexual, or Transgender person, the more they will see that person as just like them. It is when a person makes that connection that real change happens and that translates out not only to being treated equally on a personal level, but also in the work place and at the ballot box. It is that growing awareness of our common humanity that has helped to create a massive shift in public opinion on issues like military service and marriage equality. The more we come out, live out, and let people see our lives for what they are...the more that people understand that we are not shadowy people with a secret agenda and just people with loves and dreams just like them. It can at times be a difficult undertaking but the results seem to speak for themselves as we just celebrated the passage of marriage equality in four states this last election....that would have been impossible just ten years ago. The only exception I have ever thought possible to the notion that living out equals changing the world, is for cases were being out could lead to physical harm, like LGBT teens who commonly face homelessness after coming out. But barring those circumstances, I view coming out as a necessary step to full equality. The problem I ran into was in applying this rule to the trans community.

I have recently had the benefit of spending some time with a friend who happens to be a trans woman and the topic of conversation came around to her wanting to create a YouTube channel like ours to show the life of a trans person. "Great! That's a wonderful idea!" was my response and promptly launched into my speech about the importance of telling our stories to help people in the straight and gay community understand what it means to be trans and how vital that view into a trans persons life can be. However, her response surprised me. She let me know that there are some that just want to live as the gender they feel themselves to be and NOT be recognized or known as a transperson.

My response was, "Huh?...How can you get away from that?" After all, Isn't your trans identity always going to be with you?

Now, I had known about the concept of living in stealth for some time and anyone who has ever been in the closet can relate to the desire to pass unseen...and hopeful unharmed, through life. However, her comment had caught me off guard. While on the one hand I could totally understand the desire to be regarded as completely the gender they identify and live as...but....I also could not understand disowning being transgender. I felt that way mostly because of all I have written above. So the wheels in my head began to turn....You are born one gender but feel like another...Perhaps you go through some turmoil to come out to yourself...then comes the equally hard task of coming out to others...and then whatever steps you can afford or feel necessary in order to transition. To me that's a lot of work, a lot of discrimination to overcome...only to then attempt to bury it and fade into everyday society.

(disclaimer)!!!...I know not every trans person does this, wishes to do this, nor is every person necessarily capable of fading into the background and hiding their trans status so easily. My intention is not to restereotype the trans community. It is just my attempt to discuss the issue as it has been presented to me.  While there are a lot of different points of view within the Trans community, it was indicated to me  that theis was an ongoing conversation within the trans community as a whole and that the people who do feel this way have a significant voice within that conversation.

I don't judge anyone for wanting to put it all back in a closet as if it's all behind them, but it still seems such a loss to me. That loss is to the trans community as a whole. It is a loss to those newly coming out who could be inspired by your story and within it find the tools to face their own challenges...it is a loss to your neighbor who will not get to know trans people as just like anyone else and not as evil incarnate....and finally, it is a loss to you because as long as the public at large continues to think from a place of ignorance because they don't know any trans people, the lives of all trans people remain in jeopardy. I am gay, but I used to be one of  those people...one person changed my mind and my life. I wish I could have changed hers.

I think anyone singled out for difference understands the relief you feel when that difference is no longer an issue. I can't fault anyone for wanting to just get on with their lives and not continuously be reminded of being trans. But, the only way to change your life isn't to go deeper into a closet in my opinion...even willingly. We have to take the leap out and change how the world thinks of a trans individual. That change is sorely needed as trans people suffer incredibly high rates of violence, depression, and suicide...largely because people have the same uneasy, squeamish attitude to trans people today that they use to have for gay people twenty years ago. And sadly, those that think that way includes a few gay people too. There is a lot of work to do and a lot of fear and misunderstanding to be over come and only one way to make that happen....through courage, honesty, and owning who we are.

I say these things not to point fingers or find fault, but because this is what I believe is the only way to move forward in a permanent and lasting way for all of us....and because I see the trans community as being so vulnerable to the effects of fear and discrimination. I have already lost one friend and I don't want to lose anymore. I don't want to light another candle.

maybe you don't agree with me. Maybe you think I'm full of B.S. Fine...take me to task. Tell me what you think about it....tell me how I am wrong. But for Pete's sake talk about it, don't let it die in silence. 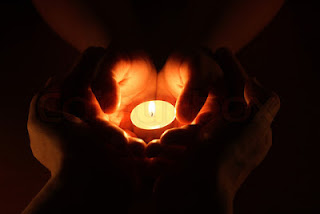