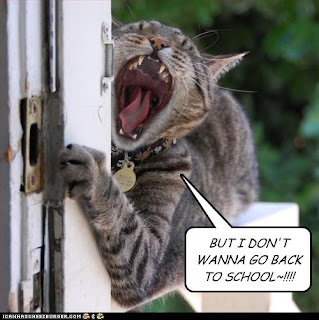 While the nation considers the impact of the credit downgrade, the worst of the worst of the GOP battle it out to see who can be the most rabidly homophobic nominee for president, and the internet squabbles over petitions demanding that Bert and Ernie get married....for the rest of us, real life marches on. So it is that our summer is coming to a close, My son turns eleven, and that means....it's back to school again.

In the next four days we will be getting our back to school haircuts, as well as shopping for mountains of school supplies and new clothes....enough for four children. With all that gear, it will be time to get back into our disciplined schooltime routines by Wednesday, the first day of school. The kids are not the only ones who are excited and bummed out all at the same time. the end of summer means letting go of all the fun things we did and the luxury of sleeping in(which I will miss most) and video games on weekdays. However, with a new school year also comes the anticipation of seeing old friends, learning new things, and making the parents proud/sad at how fast our kids are growing up. This year, should prove to be a big one...


This Year Selena is going into first grade. Every year that she advances I am left flabbergasted, because it seems like such a short time ago that I was taking Daniel to first grade and Selena was just a baby. Now that baby is standing in her brothers shoes and it makes me proud and breaks my heart all at once. She has always been excited for school and hated to watch her brother go off to school while she had to stay home. she loved preschool and she would always talk with wonder about that far away day when she would go to "big girl school"...aka kindergarten. Now kindergarten has come and gone and so has the baby my daughter used to be...ah crap...don't cry daddy Bryan....little girls have to grow up someday and Selena doesn't want to just grow up, she wants to be on the accelerated track. This year she will add, subtract, learn money, tell time, and learn to read lots of words I half suspect she already knows...ensuring that I can never spell out words I don't want her to hear when talking to Jay. By this age, Daniel was already fantasy-marrying girls from his class as well as random desert items. I don't expect Selena to be any different....Oh, and did I mention how she squeeled with delight over the new Justin Bieber backpack we let her buy this year?...Brace yourself Dad, it only picks up speed from here....*sigh* 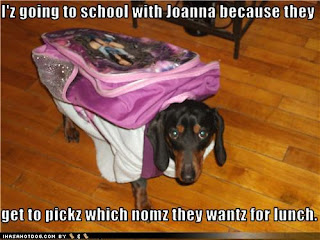 Daniel is entering sixth grade and that is a SCARY grade for me because I clearly remember myself in that grade. I know there will be crushes and heartbreaks, as well as peer pressure up the wazoo, and I hope....a commitment from Daniel to do better scholastically.

Daniel is a class clown and cares ten times more what's going on with his neighbor than what's on the paper in front of him. If Daniel thinks no one is watching, he will stop doing what he knows he should because he doesn't think it will be noticed later down the line. This tendency made last year and this summer a living hell for him because he spent most of it on restriction. This year I am bringing down the hammer before he has the chance to think no ones paying attention to him....because this year everyone will be. I am putting him on academic contract with the school and any thing fun he wants to do will have to be earned first. Welcome to daddy bootcamp...

But with Dad riding him like a hound from hell, I also know that this year marks his transition from kid to tween. Emotional and social issues are going to be huge. One of the mile stones of all sixth graders who want to grow up one day to be an awkward teen is...sixth grade camp. Oh the joys and horrors of sixth grade camp. I remember it well...in my nightmares. Swimming in snow melt waters so cold I was sure my guy parts would never come out again. campfire skits that were sheer hell for my social-phobic shy self and the traditional closing dance between the boys and girls that induced straight up panic. But as scared as I was of girls at the time...others were definitely not, and kids were often sneaking away from hikes to experiment with stuff I could only imagine at the time. And now my son will have that experience too....oh hell.


Daniel is not nearly so afraid of girls as I was, though he still pales at the thought of actually kissing a girl. That's a bridge I know he will cross sooner than I would like...but tough shit dad, its coming anyway, and sixth grade camp could just be the place to meet that milestone. Also, the thought of Daniel in a cabin with several other boys just like him is enough to make the blood drain from my face(insert scream here). I'm sure there will be more contraband materials floating around that cabin than the average state prison. Yet...As his father, I can see him standing at the edge of childhood and about to fall headlong into being a teen. and all I can do is go along for the ride. 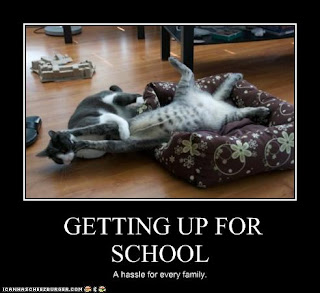 And then there is the dreaded homework.....

I don't think any of us loved homework when we were kids....and I still hate it now. I know that when I graduated high school I celebrated the death of such an evil institution. And now that I have three school-age children, it's all back again like the villain from a horror movie that never dies. The schools give so much more homework than they used to! My son struggles with it from the time he comes home, till I am putting dinner on the table. A part of that struggle is his reluctance to just settle in and do it so he can get on with his life..but an additional component is the constant research and/or craft projects they keep sending home from each and every subject. It's kind of ridiculous and every grade it gets worse. Between Daniel, Selena, and who ever else we may be fostering at the time....I feel like I am doing homework too. I get sincerely tired of trying to drag three tired kids through their homework after a long day at school. It sucks for them and for me and sometimes we both meltdown. This year I vow to find a better way.

So here we go...launching another school year that will likely fly by, and with it, leave my children changed both inside and out. Sometimes it is all I can do just to keep up with it and roll with the changes as they happen. I can't freeze time...nor would I want to. Because, as much as I want to hold on to their younger selves, I am also proud of their achievements and excited to see the people they are becoming day by day. And even though it is our kids who are going to school, it seems that we as parents have to roll with the punches and grow at a furious pace too, which always leads me to wonder...just who's being schooled here? 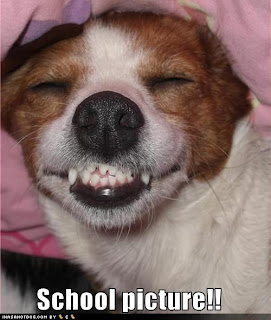