Gay Rights..Where Are We Now? 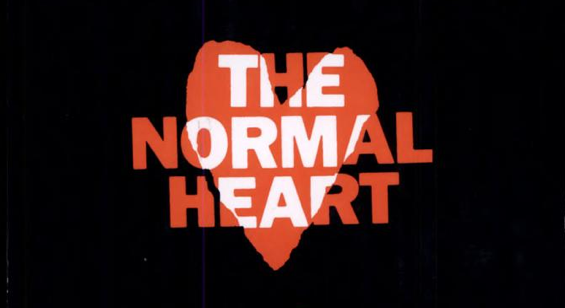 It has been sometime since I last spoke to all of you. For reasons I will detail further on, writing had become a chore that I didn't understand why I was still doing. But I am happy to be back and I hope that this will mark a new beginning....not only for this blog...but in my life. In fact, the title of todays post offers a clue of what I want to share with you all. So without further ado...

This evening I watched the HBO adaptation of "The Normal Heart", written by HIV and gay rights activist Larry Kramer. For those unfamiliar...the subject of the drama was a retelling of the early years in which AIDS began killing young men in the new York gay community and the struggle to get an uncaring government to respond and a terrified gay community to galvanize in it's own defense. With no medical information on what was happening and why we were getting sick, half the battle was in combating fear and marching on in the face of uncertainty and the loss of friends and lovers that went on unabated. The film shows the foundation of one of the first gay organizations to respond to the AIDS crisis, Gay Mens Health Crisis, and is told from the perspective of one of it's founders Larry Kramer(renamed Ned Weeks in the film), who is often criticized for being too loud, too confrontational, too critical in his roll as an activist fighting against the tide of death all around him.

I watched this movie in tears for the most part(while developing a crush on Mark Ruffalo).....and then I lied awake most of the night thinking about it. Something in me had shifted. You see, I had stopped blogging after DOMA had been struck down because I did not see any need for what I was doing anymore. Prop 8 had launched us into the fight for gay rights, not limited to marriage equality, but when that goal seemed realized...I didn't know what I was doing anymore.

Until someone asked me an innocent question....


As happens for us from time to time, we get asked to participate in interviews by students taking classes on parenting or social justice and we take take the time to participate in those in the hopes that the next generation of educators won't shy away from those issues. At it happens, I was answering a series of questions for someone taking class to become a Preschool teacher when I came to the final one...

19 states now allow gay marriage. Do you think society as a whole is becoming more accepting of gay marriage or do you believe there is still a lot of progress that needs to be made? If so, what are some of the important steps you feel still need to occur?


I took some time to think about it because what has been so rapidly occurring with the number of states adopting marriage equality is as surprising and unprecedented to me as the very first day that I heard I could get married here in California. Everyone that changes is like opening a gift. It's unexpected and wonderful and sometimes all you can feel is wonder and gratitude tempered with the realization that you are not at the end of the road.....so far from the end.

Later that night, as I watched The Normal Heart and Ned Weeks begged for help against a disease that was killing gay men left and right and it that plea fell on deaf ears, I cried my eyes out. They begged for help from governments that didn't care if a bunch of gay people died, from politicians and officials that didn't want to come out of the closet to confront AIDs for fear of losing their own positions of power(they too, died anyway), and finally from a gay community that had embraced their sexuality to an extent that a doctor asking them to "cool it for awhile" was taken as tantamount to shoving them back into the closet....no one would listen and the only constant was fear. Without medical facts to prove why we were getting sick....the work of Kramer and those at Gay Mens Health Crisis was all uphill. All the pleas for help fell on the deaf ears of discrimination, fear, and ignorance.....and everyday this continued, more friends died...more lovers died. Not just "people" implying some guy down the street...but people you knew. And yet still no one would listen. But as history and memory remind us,  those who fought for an answer to the disease kept shouting until they were heard. And yes...it took being angry and confrontational to make that happen. What would you do if everyone you loved was dying and no one was doing anything about it?

And yet, here we are today....Against all odds, here we stand to talk about things like marriage equality and Truvada...it seems impossible. The issues we are fighting for today are made possible only because we survived. And that because some fought, sometimes angrily to make themselves heard. Now, we are talking about marriage equality, work place protections, adoption, family building, bullying.....so many issues that are not even possible to consider if you're fighting for your life. Isn't that in and of itself an amazing thing?

The Larry Kramer character, Ned Weeks talks often about the necessity to fight, even if it means being angry and confrontational. It's a trait he is often criticized for and it leads to his ultimate expulsion from Gay Mens health Crisis, a group which he helped found in his own dam living room. He called out our closeted politicians and he called on others to "out" and stand up to be counted. Shying away was to accept what the world wanted us to do, which was shut up and die. Silence equalled death. I can't disagree with him. Even if I am not a person who is especially good at confrontation I KNOW to my bones that standing up to be counted is essential in creating a world in which we do not have to fear anymore for being just what we are. When we come out, and when we share who we are with the world it leaves little room for others to paint us as something we are not....and it forces them to acknowledge our  humanity and the inhumane way in which we have been treated. Being out, telling our stories, letting the world know us is the single greatest tool we have to erasing the hatred that still exists against us today...a hatred that still exists even as we plan our weddings. 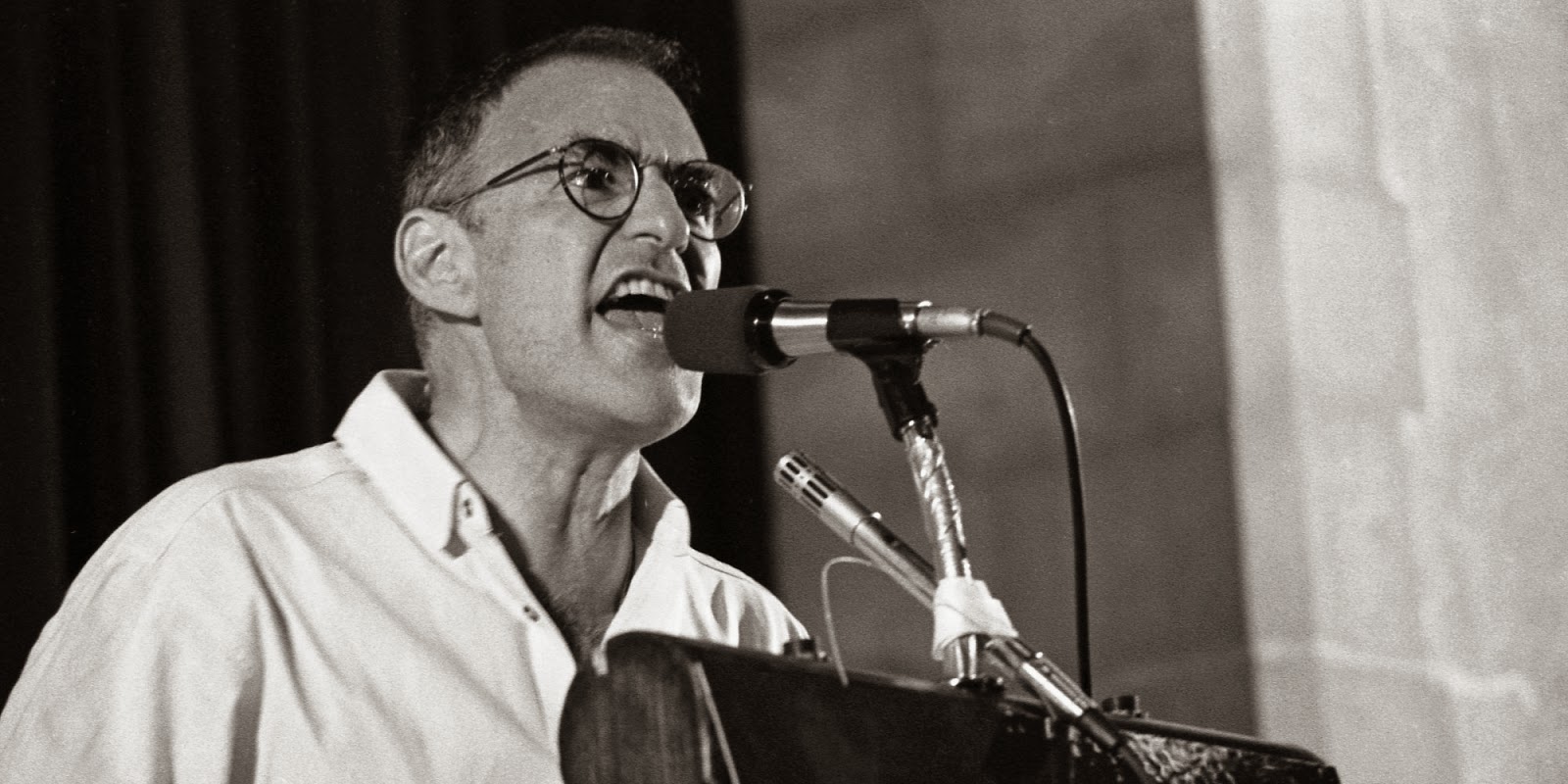 As the movie ended, it felt like a great big hole was left in my heart. Partially because I was just old enough to watch many of these events unfold, I came out in the passing shadow of these events...but also because HIV/AIDS is still here! That seems such a tremendous injustice in spite of all the wonderful steps the gay community has made since the days of just fighting simply to survive.

Among the many advances and conversations we are able to have now is the back and forth over whether Truvada and PreP drugs that cut down HIV transmission to near 0% are a good thing or an open door to see those days of death return. Long time HIV/AIDS activists have opinions on both ends of that spectrum  and I believe this points to our attitudes to not just the disease itself, but also our opinions about sex, and our fear of returning to a place of vulnerability to that kind of death and loss. We not so far away from this crisis as we want to believe. It was not so long ago to forget, even if we are so tired of living under the shadow of this thing. It appears we have unfinished business.

So indeed....Where are we now?

As that preschool teachers question put me in mind ...things have changed so much and those changes are to be celebrated....and celebrated with abandon as only we can do. But then we need to realize that we are not done.

As long as two boys or two girls can not walk down the street holding hands without fear of violence, we are not done. As long as a simple kiss of joy on national television between two men who love each other is a "controversy", we are not done. As long as we export hate and discrimination to nations that have no defense against it, we are not done. The world in many ways is still divided on how to see us and while legal protection is the minimum standard by which we can begin to measure progress, it's not the end of the road. We have so much more work to do to get to the place where fear and discrimination for being gay, bisexual, or trangendered is a non-issue. To that end, we have to keep screaming it in the streets, keep coming out, keep showing the world who we are. Whether it's out loud and screaming or in quiet dignity. We have to keep talking.

The weight I had felt lifted off of myself at the defeat of DOMA, I now understand not to be the end of my road. I had wondered then, just what the hell I would talk about now that marriage equality seemed like a sure thing and so I had ceased blogging. But now I understand that its about so much more. "The Normal Heart" has brought that home with crystal clarity. I no longer blog for a single issue, it is about life, and how we are a vital, functioning, and equal part of it as LGBT people. We continue to fight to show the world what we should already know in ourselves...and if we don't....we fight to light the flame of dignity, self respect, and equality in each other. This is true whether we are talking about HIV/AIDS, marriage equality, work place protections, discrimination...or even just some ass hat in public office that still thinks we should all just shut and disappear. We have so much further to go and so much more to shout out to the world. And I intend to talk about it.

I hope you'll be there with me

Until next time dear readers....keep talking...

P.S....I guess you can guess my recommendation to go see "The Normal Heart"....but take tissues, it's a weeper.