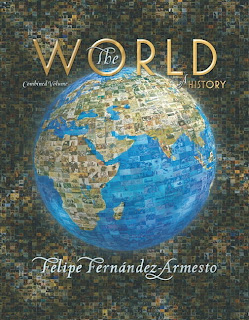 "History is written by the victors" -Winston Churchill
A very effective piece of anti-gay talking points is that "radical homosexual activists" want to teach homosexuality in schools in order to recruit a new generation of of gays.....(as if gay men and women would just die out if this was prevented). We saw this talking point used to good effect here in California during the Prop 8 elections when the National organization used the children's book "King and King" to threaten that homosexuality will be taught in schools. The homo hostile hysteria this induced in the public was significant to the outcome of the election.

Why am I discussing this now?....well...What if the history of real gay men and women was taught in schools as an effort to eliminate bullying? It might happen here in California and the Fundies are crying foul...


Democratic Senator Mark Leno, Equality California, and the Gay-Straight Alliance Network are sponsoring a bill that would require that textbooks in the state be rewritten to include positive examples of LGBT people throughout history. It is called the FAIR education act(fair, accurate, inclusive, and respectful) This bill was meant to be a tool to help reduce the bullying and stigmatization of gay youth that can lead to suicide and is actually based of the successful efforts of a of a North London secondary school teacher by the name of Elly Barnes. Barnes worked to educate students at her school about famous Gay men and women throughout history in an the hopes that teaching people about real gays would curb homophobic bullying...and it worked.

None of this well documented information however, has stopped conservatives from decrying this as an attempt to "teach homosexuality" in schools in much the same manner as NOM's scare ad about "King and King". The mildest of detractors claim that this is an attempt to rewrite history  in an attempt to legitimize homosexuality...as you can pick up all to clearly in the condescending eye rolls in this Fox News clip:

The WORST of criticisms are the accusations that this is an attempt to brainwash a generation of kids into becoming gay by teaching them about gays. Its ridiculous. No one is teaching HOW to be gay, only that gay men and women existed through time and have contributed to our society in a remarkable number of ways. This is no different than teaching about the roles of women or African-Americans through history. But to be fair..they didn't want that either.

To grow up gay, is to grow up in a vacuum. We come from every culture and nationality that is and yet often we grow up alone. We may know ourselves with a strong racial or cultural identity...but once we start to realise we are gay then we feel as if we are the only ones. And yet how different would our lives be if we could know that we weren't the only people to love those of the same sex and live remarkable lives. As GLBT community our sense of history and culture doesn't come until much later in our lives  and if often limited to modern culture.. To learn anything at all about the history of gay men and women is no easy task for the everyday person.

A while back I attempted to write a series of posts on the subject of gay history. The problem I ran into is that you can get to a certain point in time and you practically have to be Indiana Jones to piece together a coherent narrative. Ancient History contains a fairly clear record of attitudes to same-sex love and relationships. It wasn't until the I reached the 4th century and the  rise of Christianity as a political body that the narrative drops off into shadows. Gay men and women learned in short order to hide who they were or be burned at the stake...or much worse. No more poems to beautiful men would be sung...instead we have to find out history in the eyes of the figures created by Michelangelo and shrouded in religious subtext. Its as if the common thread of history was utterly severed. It was with great sadness that I realised what this meant...it was nearly an extinction event. As the Church rose to power in the world it rewrote history and when they did not burn us, they often wrote us out of existence. 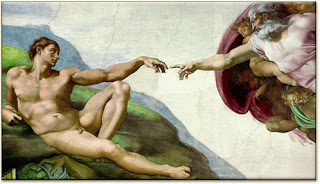 To read online resources revealed nothing more about gay men and women than a succession of laws passed to either ban homosexuality and punish it by death/life imprisonment...or to give it a temporary reprieve until the next wave of religious conservatism banned it again. There are no face or names to give to this era of history until the founding of America and only then do begin to pick up the thread again....never as a group, but in the stories of individual men and women who lived lives of secrecy, like Eleanor Roosevelt or Alan Turing. To uncover their stories is to reweave the strands of a gay history and give us back a past...as much to let us know that we are not alone as to let the world know that are not random aberrations but a part of the fabric of human existence.

Being the deeply closeted and homophobic teen that I was in high school, I no doubt would have jeered at the thought of gay men through time but those histories would have been invaluable to me then whether I would have appreciated them or not....I still would have listened. Perhaps knowing that being gay is a naturally occurring part of human life would have made my eventual coming out a little easier and minus a little of the shame. Perhaps a gay teen who see's themselves as alone with a secret self will instead learn that this part of who they are puts them in some amazing company. Maybe they would understand that who they are is valuable and that they have NEVER been alone.

Will including gays in the history books teach kids to be gay?...hell no. Those who have sat on the winning end of history for centuries want to keep our histories from reaching the light of day. They prefer a world in which they never have to acknowledge that we exist but that will never make it so. To know the stories of actual GLBT people may not only save a life, it will help reweave a thread broken long ago and restore to us all, a common past.