Marriage Equality For Washington State and The Politics of Boycotts 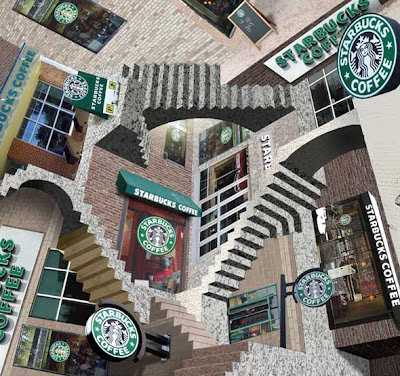 In an exciting development...the Washington State Senate voted on a  bill to advance marriage equality by 28 to 21. The next step of the process being a vote in the House and then a stop by Governor Christine Gregoire's desk, who has already indicated that she would sign the bill should it make it to her desk. Prospects are looking good to see Washington as the next state to adopt full marriage equality and that would be a wonderful Valentines Day present for us all. But of course, that means that certain conservatives and fundamentalists are going into crisis mode. Already they are working to collect the 120,000+ signatures they would need to sidestep the legislature and take the matter to a referendum vote. Seriously....it's not even a law yet. Even though everyone seems to be optimistic for it's passage, it still has to clear a whole legislative body first. However that fact hasn't stopped the full on panic that has led opponents moving on a referendum and calling for boycotts on businesses like Starbucks who have publicly voiced their support for marriage equality.

Their Condemnation of companies like Starbucks seems a little hypocritical given their own history of crying foul when ever someone boycotts a business supportive of their position.But, the accusations are flying fast and furious in battleground states like Washington. Beginning the the latest, rather eyeroll inducing, press release from The National Organisation for Marriage who apparently feels that Starbucks should stay out of the fight:

Today, Brian Brown, the president of the National Organization for Marriage (NOM), sharply criticized Starbucks' decision to wade into the gay marriage fight in Washington State. That decision comes on top of an earlier decision by Starbucks to ask the Supreme Court to strike down the federal definition of marriage as one man and one woman as well.
"Americans should be able to drink a peaceful cup of coffee without worrying that a portion of the company's profits is going to be used to push gay marriage without a vote from the people," said Brown. "This is a gratuitous leap into a hot button culture war issue; respect for diversity touted by Starbucks ought to include respecting the diverse views of all its customers and employees."

and so the call has gone out to churches to protest/boycott Starbucks for expressing it's support for it's LGBT customers and employees. To me this seems a reckless and irresponsible  decision as the withdrawals people are bound to suffer from not having  their triple shot Venti frappe-latte-cino's will become a public health crisis in short order. I know that I would be jumping out of my skin and having the DT's something fierce! Hell just thinking about it is giving me the shakes....I can't imagine a whole state going through that. I think that's how zombie apocalypse's begin.
But in all seriousness were was this call to fairness and respect for diversity  when it was chick-fil-A that was being targeted by gays for it's unapologetic stance against marriage equality? I didn't see NOM decrying their involvement at all. In fact...then, the story pumping out of NOM was how a local business was coming under fire from the horrible gays who wanted to silence the absolute right of chick-fil-A to express their religious views by donating to anti-gay political candidates. At that time they had no problem casting us as the bullies for calling a boycott of Chick-fil-A. NOM similarly had no problem with the fast food chains involvement in the fight against marriage equality....but then, Chick-fil-A was in agreement with them. Funny how that works.

What I find gratuitous here is the inducement of fear and hysteria in the public over imagined threats that never play out in real life. Starbucks has never fired someone on the grounds of their religion, nor have they denied anyone service for that reason. Also, unless someone makes a point of broadcasting their opinions to the people waiting impatiently in line for their next caffeine fix, the person behind the counter doesn't know a pro-gay customer from and anti-gay one. To assert that Starbucks is somehow ignoring or discriminating against a their religious consumers is somewhat absurd. I believe that they know that...but...that doesn't stop them from creating the fear that supporting marriage equality means that you also must necessarily support the discrimination and disenfranchisement of religion:

Jonathan Baker, head of NOM's Corporate Fairness Project, called on Starbucks to make it clear they will not discriminate against customers, vendors or employees who oppose same-sex marriage. "Increasingly, gay marriage extremists are arguing that people known to oppose same-sex marriage should not be hired, or even, should be fired. Diversity and tolerance are a two-way street. Having waded into a social issue where Starbucks has no special competence, the company has an obligation to reassure its customers, vendors and employees that it will respect the most important diversity—diversity of opinion," noted Baker.

Corporate Fairness Project?....seriously?....not likely. As we have seen time and time again. NOM has no problem shutting down anyone who does not agree with their vision of reproduction-only marriage. They boycott when it suits them, they shield their donors rather than expose what business's may be supporting them, they work for the ouster of judges and politicians who hold opposing views regardless of political party, and all the while they work to maintain the image that they are being "fair" and suffering unjust persecution for practicing their own unjust persecution. For real..... they have a whole anti-defamation org to prove it.
In the end, we all vote with our money. Whether its us boycotting Chick-fil-A, El Pollo Loco, and Target... or them Starbucks, Macy's, and JCPenny's. Boycotts are as old as time and only as effective as the number of people you can get to participate in them, but here is really nothing unfair about the practice as everyone should shop as their own conscience dictates. I still do not eat at In-N-Out Burger because they are owned by the Mormon Church and I just don't care to give them my money for their participation in Prop 8. It's a free country....those who oppose my right to be treated equally can hold whatever beliefs they want to about me. but when they begin to actively participate in politics, I have just as much right to not frequent their establishment. If it's fair for me, it should be fair for those who feel that boycotting Starbucks is important. But...lets be honest about whats going on here. They are doing it because Starbucks affirmation of gay couples offends their sense of morality...not because their freedom to hold that morality is under attack. Where as...they are actively working to prevent gay and lesbian people from the status and legal protections that marriage affords and that they are entitled to as tax paying citizens. That is the dishonesty of NOM's stance and the distinction is critical.
In the final analysis I a grateful for the companies that support their LGBT workers and stand by them in times like these when the political heat is on. It makes me feel a little bit better about buying my coffee there. And believe me...I would go into shock if  I was denied caffeine for a day. I wouldn't wish that on anybody. If you're in need of coffee accessories or coffee beans have a look at these Kmart coupons. Enjoy!
I am excitedly waiting for Washington to be the next state to allow their LGBT citizens to marry and wish them all the best. Every state that gets to have that celebration makes me happy and hopeful that one day my home state of California will get out of the judicial purgatory we have been in throughout the ongoing Prop 8 debacle. I also hope that if won, they can hold onto it...unlike us. Thanks to the companies who have shown their support and good luck Washington....may you soon get to pledge  your "I do's". 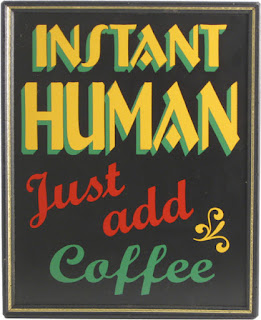