The Superbowl and Gay Rights....Game On 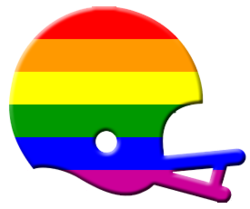 Ah sports...my old arch nemesis. I can't believe that I am actually finding myself writing about football today. I have never been the kind of guy to follow or be interested in sports at all. I just have never got why it's supposed to be exciting. I suppose it's exactly the same for other people when I go on about Star Wars and Sci-Fi...but for me, sports remind me of being different. Whether it was being a kid who never understood the rules and constantly got made fun of by classmates, making the playing of the game into a hell of it's own...or standing on the outside as the odd duck, as the rest of my family excitedly gathers together to share football on Sundays  Sports, for me, has always highlighted how I have felt like an outsider to the rest of the world. That's not a gay thing...it's just a me thing. So when The Superbowl and World Series clog up the news I usually ignore it and wait for the temporary insanity to pass.

Yet lately it seems as if the sports world is undergoing a seismic shift when it comes to gay players. On the eve of footballs biggest night...and during a time when I usually cannot escape hearing about everyone's fantasy football picks...the  conversation has instead been about the acceptance of gay people.

Wait what?...
Two teams face off tommorrow that each highlight to very different ways of looking at gay people are included in all our institutions from marriage to sports. On the one hand is the Baltimore Ravens who bring with them Brendon Ayanbadejo, who has been outspoken on the issue of marriage equality in his home state. Ayanbadejo has also gone on record stating that he hopes to see more gay players come out. Additionally, we have todays statement from Raven's outside linebacker, Terrell Suggs, that he and his team mates wouldn't really care about a players sexuality.

Facing off against them is the San Francisco 49'rs....a team that plays for one the most LGBT inclusive cities in the world. The 49'rs bring Chris Culliver...a man who thinks that there are no gay players on his team and if their were, they better "get on up out of here." Culliver, who's remarks touched off a firestorm of controversy and prompted apologies both from the 49'rs and from Culliver himself, has just agreed to undergo LGBT "educational classes" with the Trevor project. Cullivers words, were enough by themselves to bring discrimination against LGBT people to national attention...Both the apologies and the sensitivity training are what we have come to expect from a celebrity that has squarely put their foot in their mouths...but it was shocking coming from a team that play's for San Francisco. 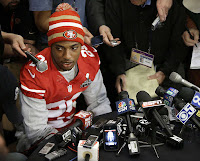 Yet for all the attention Culliver recieved for his remarks it was still easy to see them as just the words and actions of one man. That is until...two players who were featured in the 49'rs "It Get's Better" video came out as denying they were ever in it...and them when they were shown the video with them in it...expressed that they just thought it was a bullying video...not a video in support of LGBT kids or they would never have agreed to be in it. Really guys?....you don't stand for bullying...unless it's bullying gay kids...then that's ok. That's what they are really saying here.....Stay classy guys.

As all of this began trickling out to the news I could not help but think...."what the hell is up with the 49'rs?!" I mean, here we have a team who plays for Baltimore with more of a sense of inclusion and team spirit than the one that plays for one of the most iconic gay cities of all time. Were the pro-equality or anti-equality statements made just those of one person, then I think that most of us would have written them off. But being that we have at least three people from each team expressing sentiments along a similar line...it says something about the teams themselves and the environments that they foster within their respective teams.

But while I would normally be skimming over sports oriented news items on the way for more legal stuff it struck me that we were having this conversation....and on the eve of the biggest football game of the year. As terrible timing as that may be for the 49'rs to be hit with these controversies...it points to a positive change overall in my opinion. On the night before most of America will be huddled in front of their sets(including my, father, brothers, and cousins), here we are talking about Chris Culliver's comments and the attitudes in the sports world that keep professional players in the closet.....and that contrasted by people like Ayanbadejo telling the world that it's o.k. to come out...no one is going to care. In my opinion, while this back and forth may be about LGBT players in major league sports....in many peoples minds in generalizes to thinking about the acceptance of LGBT people over all. 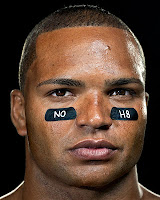 So as my brother and cousins and their wives all huddle around the T.V. tommorrow I wonder if any time or attention will be spent thinking on this...even if somewhere in the back of their minds as they are jumping up and down and screaming at the television. If they begin to think..."Hell, we don't care if the Quarterback is gay as long as he's a good player."...will the rest of America think that too and little by little we stop having the need to hide who we are....or feel different.

Today there are lots of awesome LGBT athletes who remind the world that being gay has nothing to do with the rest of who we are or what we are capable of accomplishing. But for all these brave individuals who are willing to stand in the spotlight there are countless more LGBT athletes who can run faster, jump higher than any one else...but step out of the shadows of the closet. With attitudes expressed like those on the 49'rs,  we know why....and so does the rest of America...and the fact that we are talking about it instead of being knee deep in sports food and foam fingers is a wonderfull thing. Perhaps things are getting better one yard line at a time.

To anyone who will be knee deep in buffalo wings and jerseys...enjoy your day. Even though I may not have an appreciation for football or baseball does not mean that I don't know what it means to have a passion about something....so I hope everyone has fun. And also that the Ravens kick the snot our of the niners. 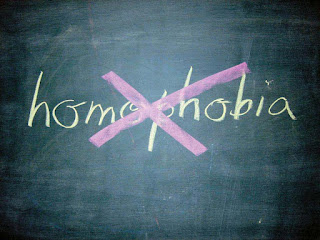