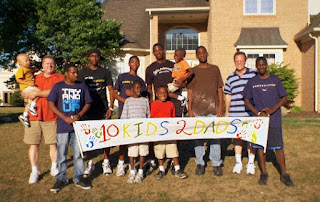 For those of you who may have missed it, The Oprah Winfrey Network recently aired it's new reality series 10 Kids 2 Dads. The show chronicles the lives of Clint and Bryan as they raise their 10 adopted children. As of now the show is being billed as a "special" with hopes that enough interest will lead OWN to make it into a regular series. That's an option I sincerely hope they pick up because I enjoyed watching it a lot...and the list of T.V. shows I consider "must watch" is extremely short....as in countable on one hand short. It was actually my husband Jay is who brought the show to my attention. He is a total reality show junky and so when a show about two dads with adopted kids came up on his radar, we both got pretty excited. And so we settled down to snuggled up for a TV night to watch another set of dad's deal with the stresses of family life both in the everyday way and in the challenges that come with parenting adopted children. This also counted as a "date night" for us...if that tells you anything.

Now...some of my readers know that we have already given some of our opinion about this show on Youtube. However, this is my chance to give my own unvarnished view in a way that our family videos doesn't always allow. In addition, I would like this to be an open conversation as I will likely ramble over a variety of topics relating to the show....please feel free to chime in and let me know what you think. So without further ado... 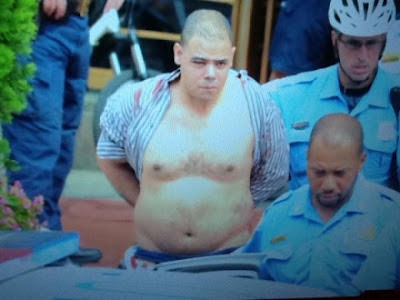 OK...this has been the busiest week I have had in some time and this the first chance I have had to respond to the shooting that took place recently at the DC offices of The Family Research Council and I have a lot to say about it.....

For those of you who may not be up on what happened, 28 year old Floyd Lee Corkins(above) walked into the DC office of the anti-gay lobbying organisation, The Family Research Council, with a gun and a back pack full of Chick-Fil-A sandwiches...made the statement, " I don't like your politics." and opened fire hitting a security guard in the arm. In spite of having been shot, the guard...Leo Johnson...managed to wrestle Corkins to the ground before he could hurt anyone else...rightfully, earning him the title of hero. In addition to Corkins comments and the contents of his bag, he was also reported to be a volunteer at the local LGBT center. Given the history of The FRC's actions against the gay community...a history that earned them a listing as a hate group by the Southern Poverty Law Center....there is little doubt that Corkins chose this violent act because....well, I can't even guess what he thought he was going to accomplish by shooting people in cold blood...but we know it had everything to do with the long history of the FRC and it's work against LGBT people....more about that after the jump.

First off I need to say that picking up a gun and shooting random people because you are angry or frustrated with the world is just plain wrong. Period. Full Stop. My heart goes out to the security guard who stopped Floyd Corkins from hurting more people. I feel that what he did was the essence of bravery and self sacrifice. Not many people would continue to subdue an attacker after having been shot once already and face that attacker at point blank range.

Now.... I wish I could stop there. In a situation like this it is just simple human compassion and decency to support those who lived through it, pick up the pieces and help the healing to begin. But instead, what we often do is look for a source of blame. Being that the Corkins was gay and the victim in this case was one of the most prolific and vocal of anti-gay lobbying organisations. It didn't take much to know where this was going to end up.

Let the martyrdom of the FRC and every religiously motivated anti-gay group begin in 3...2...1... 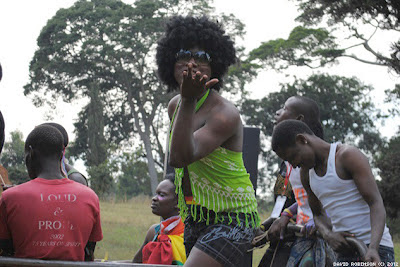 Chick-Fil-A...Hypocrisy, Following The Money, and Utterly Missing The Point 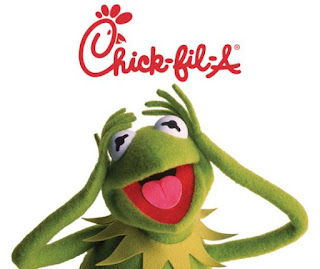 Yes this is another Chick-Fil-A post. I know that you may have already had you Fil of them(har har). It does seem that you can't swing a stick these days without being confronted by a story about CFA  on the blogs, online news outlets, television, newspapers, and twitter feeds. This one, seemingly inconsequential company has become the focus of a debate we would normally reserve for a much larger event....like the repeal of Don't Ask Don't Tell for instance. And yet...this obscure fast food chain has been rocketed into the limelight. Hell...I can't even type this post without the customers in my store reading over my shoulder as I type and wanting to engage me in conversation about it...that's how big this is getting. And there seems to be some confusion as to what it's all about.

With everyone and their Grandmother talking about this(literally)...I didn't think I needed to be one more voice in the din. But...The problem is that nearly everyone has it wrong. Dan Cathy and his homophobic comments have become the focus of the debate, which has become focused on free speech, free capitalism, and freedom of religion....none of which has anything to do with why Chick-Fil-A got in the hot seat to begin with.

However, I had determined not be yet another blog post....until....it all came to a head for me this morning when I saw Jon Stewart's take on the issue on The Daily Show and that became the straw that broke the camels back. And so it is my turn to set the record straight and to hopefully offer a course correction to a debate that has gone dangerously off the rails. But first, The Daily Show clip after the jump....