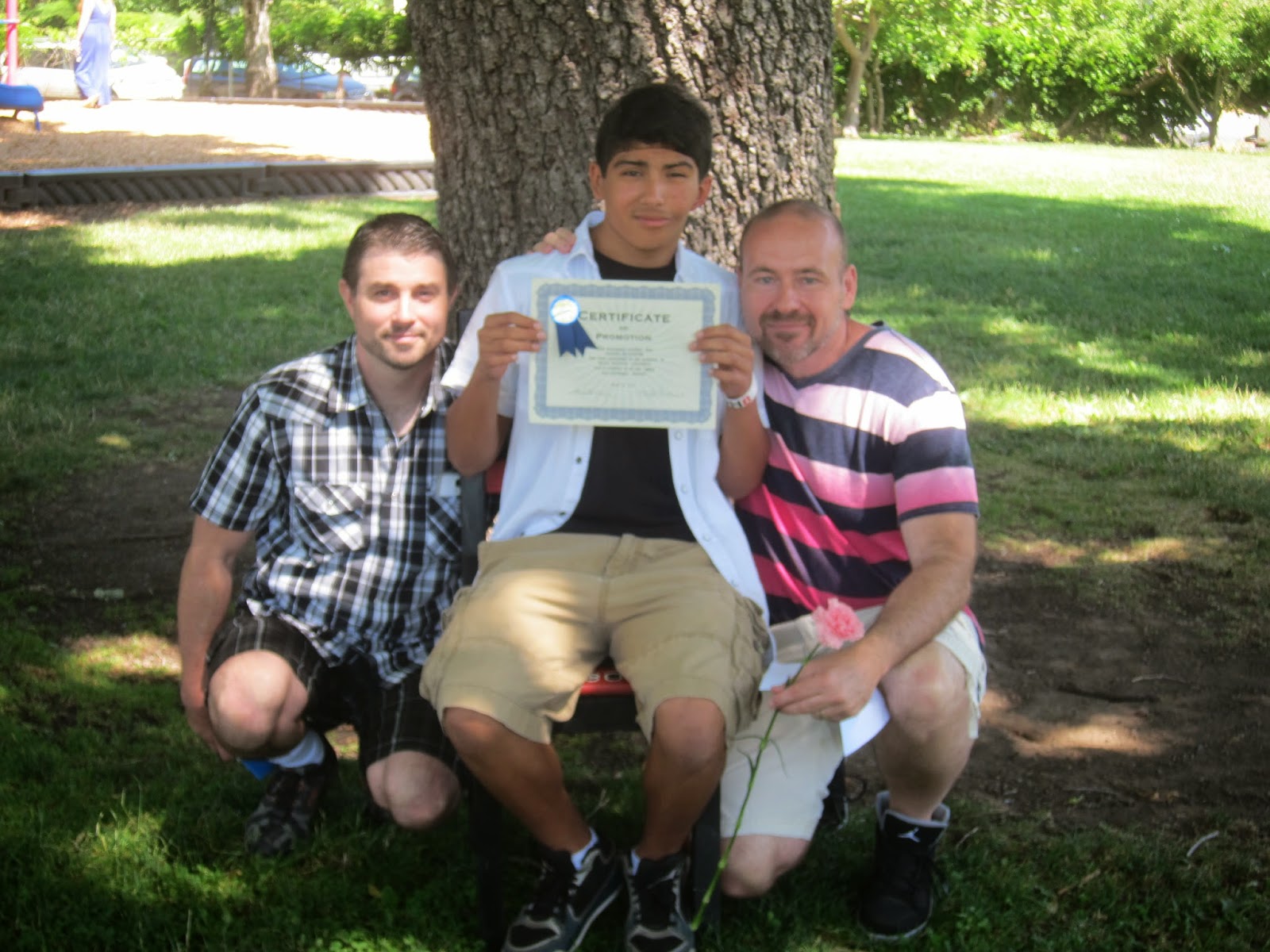 For some, graduating Junior High may not seem like a big deal. Heck, even the school itself doesn't call the act "Graduation" anymore. They call it "promotion"....a weird term at best, and begs the question of what they are promoting to, and does it come with a raise? But there I sat, in the rows of identical, red folding chairs, set up on the lawn in the warm spring sun, looking at a ring of chairs set up for the graduates and realized.....this is happening. Next year my son will be in high school. The little boy that I once knew, was being replaced by a young man. Another world was passing away and all of us, as a family are standing on the doorstep of a new one. It feels like just yesterday that Daniel was a third grader and a new student to our little charter school. As proud as I am to be here to celebrate this moment with Daniel, the time just seemed to have gone by too fast and I could not help but  look back to remember all that had brought us here...


Years ago, when Jay and I were first shown Daniels profile in the gigantic binders full of children waiting for adoption, the prognosis wasn't rosy. His social worker had reached out to us as a potential match for both him and Selena. Their foster home was splitting up and they needed a home for both of them fast or Daniel and Selena would have to be split up into different homes...and this would mean the second time that Daniel would lose a sibling...having already lost a brother who was adopted way earlier. It also meant that we were the best hope for Daniel and Selena staying together.  In the little five sentence blurb that serves to describe each child to prospective parents, Daniel was described as having Golden Har, a genetic disorder that had required several surgeries to correct a host of problems from skin tags to a cleft palate from the time he was an infant, onward. Because of the cleft palate, he had been fed by a tube, straight into his stomach as a baby. There was uncertainty about his long term health going forward..and also, uncertainty about his language ability. Additionally, the foster parent in the home he was in were painting a picture of a child with multiple behavioral problems. All of this put together made me pretty nervous. I wasn't sure if I was up to this. However, Jay was not worried and convinced me that the best thing to do was to meet Daniel and Selena...a choice I am so glad he encouraged because I can't imagine what would have happened had I listened to the voice of fear and hesitation that is the way I make big decisions.

We walked in to Social Services in Sacramento and my heart was beating out of my chest. I was in that anxious state of mind that  gives you tunnel vision and makes everything around you a little fuzzy and distant. This was really happening...I could be a dad..this could be it. And then I turned a corner and there they were coming up a stairwell. Daniel was so small. He had this bowl haircut and his tiny hands held on to his foster mother and in that moment....I knew.  All the worries that had been circling my head about that the things that could go wrong just faded away and my heart broke wide open. Which is not to say all my fears vanished, but more that they were replaced with the feeling that whatever came up in Daniels life, I was willing to tackle them as they happened. No matter what they were...and that turned out to be quite a list. 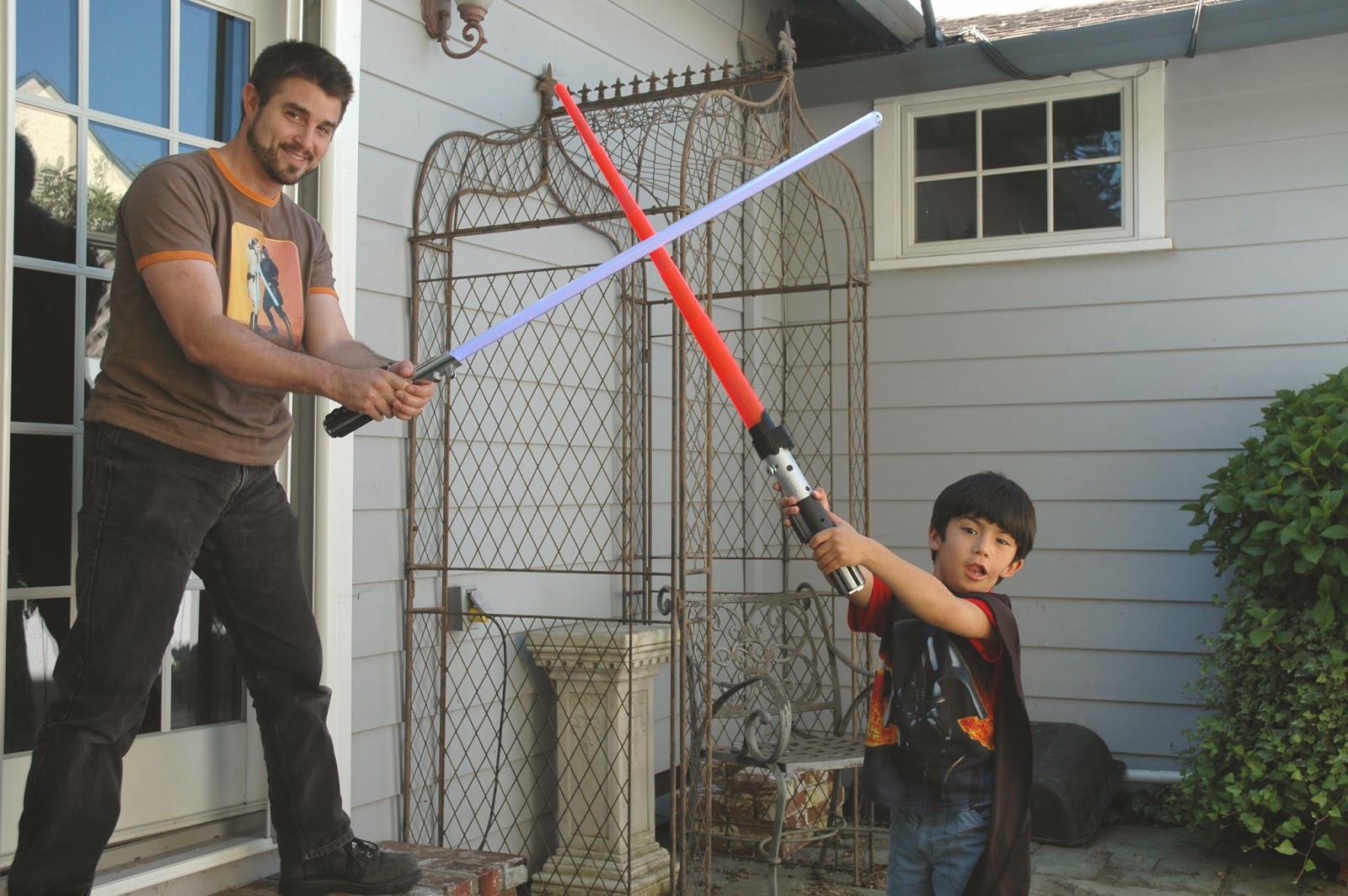 While his mom had lost all parental rights to Daniel and Selena, his father had been deported to Mexico because of criminal activity and before Daniel could ever be free to be adopted they had to track down his father. Also, as anyone familiar with Golden Har knows, there is very little known about the condition and that lack of knowledge has meant that the doctors and specialists that have always been a part of Daniels life, painted the worst case scenarios for us to prepare us for the worst that might happen. For example, due to the underdevelopment of the left side of Daniels body, doctors told us that he could have organ trouble all his life and that it could pop up at any time in his life in unexpected ways. They were uncertain about how that underdevelopment could affect his brain, intelligence, and ability to function as he got older. The problems with his skeletal structure would prevent him from playing sports and bar him from many jobs that required vigorous physical activity. Daniels life was one big list of uncertainties.

But in spite of all the warnings we had been given from doctors and social workers. The little boy we saw in front of us was smart...inquisitive....funny...really, really active...and a survivor. He was a strong person and a really good kid.

Over the years, as I have watched Daniel grow, I have seen him walk into a room full of strangers and walk out again from a room full of friends...a skill I am in constant awe of. I have seen him try over and over to master skills that made him cry with frustration....until one day his weaknesses became his strength. He has never been hindered by the difference in him body and that boy can run. Everyday he gets a little closer to lifting the same weights in the gym as his dads...and he loves it. He has hiked the Grand Canyon, traveled the world, given amazing speeches to packed crowds, and charmed his way into the hearts of many. Whatever circumstances his life has thrown at him, and whatever limitations his body imposed, Daniels spirit shined brighter and pushed him beyond those limits. That is the young man we have come to know and that no five sentence blurb in an adoption binder could ever have prepared us for. 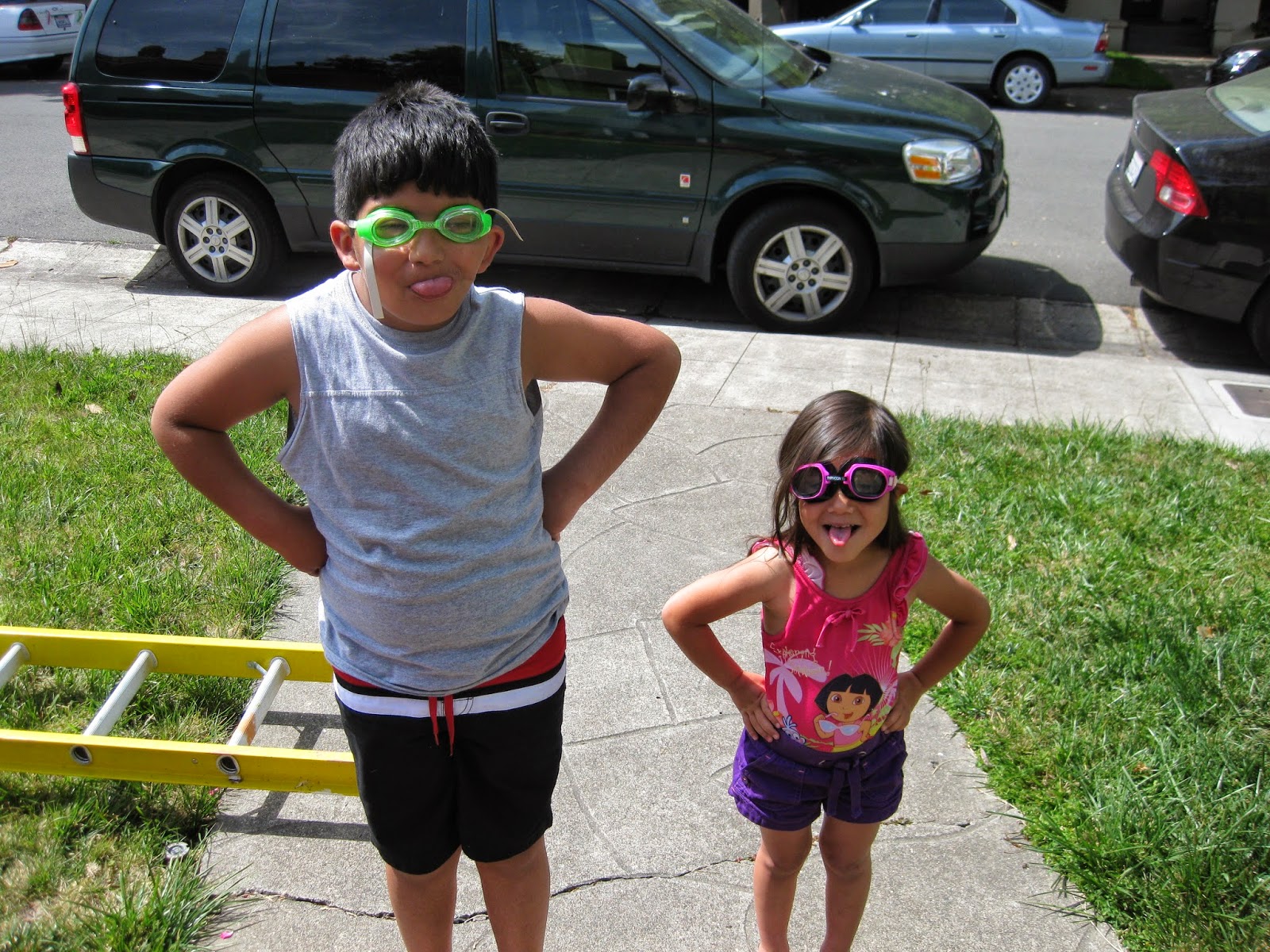 Not that Daniel hasn't tested us. There have been days when grounding and restriction was all we had left(we don't corporally punish) to use to get through to Daniel and he lived more days on restriction than off. Day's when he has put more gray hairs on my head that normal aging could ever hope to accomplish. Days when I walked away afraid that I was not doing this parenting thing right. Days I know are still yet to come....we are in the teen years after all, and that is a truly frightening thought. There goes more gray hairs....

But today, as I sit here in this uncomfortable red chair and let it all sink in, I know that I am a proud Dad. Of all the things I have ever done in my life, staying home to raise my kids has been the best job ever. Even when I had to send Daniel back to the table to rewrite his English assignment for the fifth time. Even when cleaning up after dinner made me wonder why Daniel's place at the table looked more like a crime scene than a dining spot. And everyday he settled for less from himself because he didn't believe in what he could accomplish if he really wanted to. This day was the result of Daniel learning to believe in himself.

What will High School bring? There is no way to know...for some, it is the best time of their lives. For others of us...it was a struggle to survive. Knowing the person that Daniel is...and what High School can be...I know Daniel still has big challenges ahead. But I also know that boy that can walk into a room full of strangers and leave a friend to all of them. Daniels strength...so different from my own...will help him get through it and his dad's will be there for the rest.

Congratulation to my son. Both of your dads are very proud of you on this day and I look forward to rewriting this post in four more years. 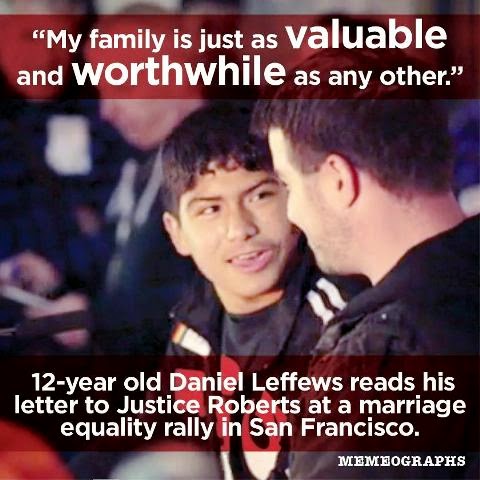