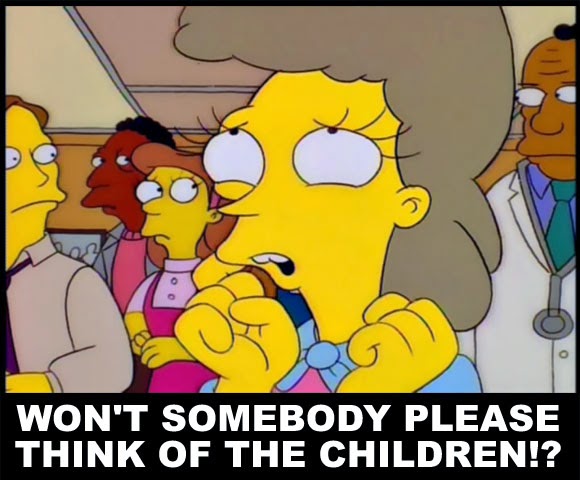 
I do understand that, as gay rights advance and we become less and less an object of legitimate discrimination, religious people are freaking out. I think everyone gets that clearly. What I do not understand is their inability to see the damage they are doing to the very religious freedom they are trying so hard enshrine in law so as to not to have to acknowledge gay people...or anyone outside of their particular religion. Without going into to much excruciating detail, some of the findings within the proposed bill are as follows(emphasis mine):

(a2) The right to free exercise of religion for  child welfare service providers includes the freedom to refrain from conduct that conflicts with their sincerely held religious beliefs.

(a5) Religious organizations have long been and  should continue contracting with and receiving  grants from governmental entities to provide child welfare services.


Ok, I call bullshit on item #9. The cases that the bill uses as examples of religious conflict involved instances in which organizations like Catholic Charities in Washington DC were being forced to offer adoptive services to ALL families(including LGBT families), in order to continue receiving money from the state. However, Catholic Charities found it more morally compelling to NOT offer adoptive services to gay people than to continue to offer services to children AT ALL. So...they threw a tantrum, packed up their services and left those self same children without any welfare services at all....just to avoid having to violate their consciences with regard to working with gay families.

I wonder, which evil was greater to them?....possibly placing a child in a a loving forever home with two dads?....or leaving him to languish in foster care permanently without Catholic Charities adoptive services...as well as all other services they may have offered that were terminated when they closed doors.

This bill aims to make sure agencies like Catholic Charities can continue to say no to gay families....
AND still receive government money and this is an utter farce...

However....One thing I wish to address is this utter B.S. notion that people with "sincerely held religious beliefs" need protecting in ways that go above those already outlined in the U.S. Constitution; which, in the first amendment clearly states...

"Congress shall make no respecting an establishment of religion, or prohibiting the free exercise thereof;".


Can someone please explain to me how this bill is not respecting the establishment of religion...as it seeks to give certain entities(There intention being Christian organizations) the right to deny services to certain types of people(while still taking government funding)...and justifying it all under the banner of  their "sincerely held religious beliefs"

These are modern day Pharisees...nothing more. They have all the external appearance of goodness and none of the love that is actual evidence of it...and that evidence would be loving others, such that you would want them to find a good home over your "sincerely held beliefs".

And so for the sake of argument...say this bill passes, and they all go home to pat themselves on the back that they "defended the faith" and "Defended children" against the terrible fate of having to be adopted into a home with two dads. I imagine they will be so pleased with themselves...until...a Christian couple tries to adopt....and that couple finds a wonderful match with a child in a home that just happens to have a Muslim social worker. That worker finds the Christian couple to be unacceptable because of their "sincerely held religious belief".  And so, the finely crafted protections they intended for Christians blows up right in their faces. And how does anyone holding to this notion with any seriousness not understand that the different denominations within Christianity can be just as rancorous with each other as with any completely separate religion? Would Catholic Charities place a child in a Mormon home?Are these various shades of Christianity to now work their grievances out in the Supreme Court as well? What astounds me is that they can't see that coming....or simply don't care. Take your pick.

And on the subject of things they don't care about, are children. They would rather a child wait forever in foster care homes and group homes....to find the only home that will ever be legitimate in their eyes...one with a mom and a dad, preferably also of the same religion as them. However, I have a news flash for them...that wasn't happening. Those people are not stepping up to adopt. This is the very reason why county social services has moved to placing kids in homes with two dads, two moms, and single parents. There simply aren't enough adoptive families for the number of kids that need...good, loving homes. Would Senator Enzi or Congressman Kelly adopt them?....would they ever even consider that notion?

And what happens in the hallowed halls of these fine religious children's service agencies when a child in their charge is gay or transgender? Is it ok for them to deny that child their help because of those self same, sincerely held beliefs?...or do would they find some way to erase that child's sexuality such that their conscience is absolved for having to do something for them?

But just like the thousands of kids streaming across our southern border, these men care not one ounce for the kids, only how they can use them for their own political gain.

I think it's time we stop accepting the phrase "sincerely held beliefs" as anything more than the baldfaced attempt to justify discrimination that it is. It's a phrase that raises ire the instant I hear it and it's time to call it for the utter lie that it is when ever we hear it used.

I am supremely grateful for the family I have...and that I was afforded the opportunity to be a dad. These men and their B.S. bill seek to take that experience away from another family and I am not having it. No more discrimination justified by "it's my belief".

No one...has taken anyones right to practice their religion away. Despite their fearful wailing and histrionics they have only been kept from taking that religion into the public sphere...wear these people daily attempt to hijack Christianity as a means for power over others. As legislators, these two men already violate the intent of the constitution that they invoke in the body of their bill. As Christians...they are not representing Christ, in that they see themselves above others and seek to make them into outcasts. And for this they expect the government to still fund them?

"Sincerely held beliefs" is one meme that I am tired of seeing find traction in lawmaking and public discourse. We are a country in which freedom to and from religion is guaranteed. We are all free to hold to "sincerely held beliefs". But, no matter how sincere they are, we also hold ourselves to the standard that the ability to practice those beliefs does not trump the right to freedom and happiness of others...especially the kids who will be denied forever families because Mr. Enzi and Mr. Kelly find gays parenting objectionable.

If it were up to them...my family would never be. If given the chance, they will make sure that another family just like mine will never get the chance to exist. Therefore...it is my "sincerely held belief" that their bill can go straight  to hell. Can we place that into law also? 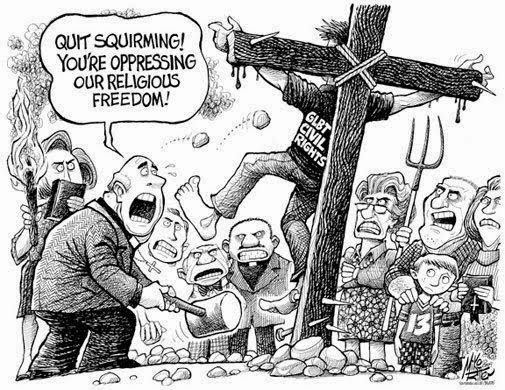