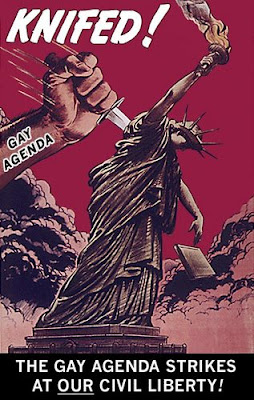 To “multiply” or “increase in number,” as other translations put it, means that the average family needs to have at least three children, since by having two children parents only replace themselves. (Of course, medical problems may make this impossible for some.)


Since we need to make up for the childbearing aversion of our secular fundamentalist friends, perhaps each conservative family can set out to have at least four children. It won’t be too long before our poor, outflanked elites will be so badly outnumbered by a new generation imbued with the values of the Judeo-Christian tradition they may have to start having children of their own just to fight back and retain a sliver of cultural influence.

And so we will have fulfilled Margaret Sanger’s dream: “more children from the fit.” (Of course, for the founder of Planned Parenthood “fit” meant “white,” which is why Adolph HItler loved her. By “fit,” I mean parents, regardless of race, who are transmitting to their children the Judeo-Christian values on which America was built.) Who’d have thought that it would be conservative Christians who would bring her dream to realization?


Let the left rant and hyperventilate and blow up like puffer fish responding to these notions. While they erupt and steam, we will quietly go about the task of building our families and training up cultural warriors for the next generation. Let them fume in their childless rage while we celebrate the joys of parenthood and along the way implement a sure-fire long range strategy for taking our country back.

Oh boy...where to begin...the direct allusions to Eugenics, Margerat Sanger, and Hitler?....the assertion that a womans prime purpose in life is childbearing?...Dominionism? Its all here, but not the worth the keystrokes. My first reaction when reading this was...What The Hell!? Where do they think gay people come from? A cabbage patch!?

Mr. Fischer aside, there are a great many people who believe as Mr. Fischer does. They have been scared into believing that gays are an ultra powerfull political force that is actively plotting to take over the nation which would then result in overt persecution of Christians. Mr. Fischers ideas, which may seem like absolute batshittery to most of us, take on the tone of clear and present danger to many.  Mr. Fischer is merely putting their collective thoughts online. In this sense, Fischer is both reflecting their paranoia as well as creating it. I know this because my own family of origen does not fall far from this tree. 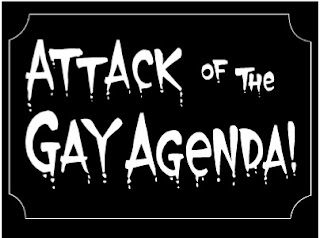 So my question to these people is....what happens when you have your four kids per family? Do you suppose  they will all grow up to be rabid faith warriors? If so..then were do the gay people alive today come from? The gay community is filled to bursting with people who escaped/come from Evangelical families...Catholic families...Mormons...Seventh Day Adventists...you name it. You can breed away and there will still be more of us because we come from you...as well as every other community in the human family and thats the reality that is ignored in demonizing gay, lesbian, and transgendered people...emphasis on people.

Right now...my email inbox is stuffed full of letters from 16 year olds living in conservative and fundamentalist communities asking for help in how to come out without losing everything. We do our best, but after a while it becomes hard to answer them all. They are your sons and daughters sitting quietly and dutifully in the church pews...they may never give you any idea that they are gay but they are dying inside and looking for a way out. They ccan not tell you because they fear losing you and all that they have ever known and believed themselves to be.

This is the disconect between the fears inflamed in American Fundamentalist society and the reality of the human condition. Its so much easier to make yourself a martyr when you have an enemy to rival you and who better to fill that role than the gay and lesbian community? To make us that enemy you need only strip away what makes us human. We become a people living in the shadows...plotting your demise. We are forgotten as your sons and daughters...your fathers and mothers. We are just "radicals" and "activists" with an agenda. Who could  not hate that? Its so easy.

But try as you might....attempt to breed us out of existance, legislate us into hiding, beat us in the streets, make us feel shame for being born...we will always be with you because we come from you....
Posted by GFV at 2:47 PM