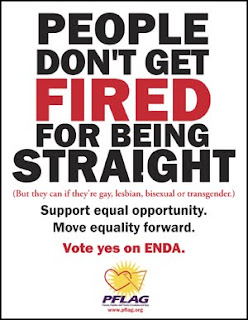 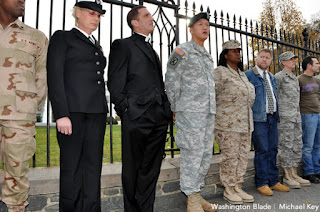 It was really just a short while ago that the President was being urged to sign and executive order to end DADT. Advocates were pointing to the precedent established by President Roosevelt when signing a similar order to racially integrate the armed forces. Even then the President steadfastly dug in his heals and refused, preferring instead to try to build support amongst both Democrats and Republicans for a congressional repeal. It was precisely that instance on bringing both parties together that  led to the "compromise" repeal bill and its laundry list of prerequisites...including that embarrassing and sometimes downright insulting series of studies that were performed in order to poll straight soldiers about their attitudes to the fellow gay soldiers. That self same study with John McCain used to further stonewall the process for months. Both before and after the compromise repeal bill, the process had stalled out many times and there seemed to be a lack of clear Presidential support...not to mention the lack of any bipartisan support that President Obama claimed was the only real path to a lasting repeal.


So what changed? How did we go from stuck in legislative limbo to the passage of the compromise repeal and the final signing of the bill? In my opinion, DADT would still be the law of the land were it not for outside pressure. First were the lawsuits that accumulated one by one...then came the activists willing to chain themselves to the White House fence in order to raise awareness of the issue. There were also countless journalists and bloggers consitantly bringing the issue into the awareness of the greater public. And finally, the public itself became a huge source of pressure on the White House. Times had changed dramatically and it became clear that, while the powers that be feared phantom repercussions(and election year) of allowing  LGBT people to serve openly in the military, the public began to make it clear that  they just wanted them to get on with it and move on to more important issues....like jobs, recession, and the current wars.


But as an outsider looking in, the day I really saw things change was when Get Equal began becoming a nuisance by chainging themselves to the White House fence and sitting in at the offices of Senator McCain and Speaker Nancy Pelosi. They made news and they brought the issue to the publics attention in a vissceral way. from the Administrations response to the demonstrations by Get Equal it became clear that they were feeling a little fire under their feet as it wasn't long afterward that the repeal actually began to pick up steam and move through congress, culminating as the final repeal.

Where am I going with all this?......The White House will use the repeal of DADT as an example of their advocacy for the LGBT community and the success of their methods. But I don't believe that is true...nor do I feel that repeating that mistake will fare any better for ENDA. ENDA has none of the outside factors going for it that I feel ultimately pushed DADT out of limbo and into reality. If you were to ask the average American what the acronym ENDA stands for I doubt many would know. Even the gay community  is not as well versed in the topic as we were with DADT. For instance, how many of us know that it is still legal in 29 states to fire a gay person on the basis of their sexuality. That's more than half the nation!...or that it's still legal in 34 to fire a transgendered person? Or...how many of us have listened to the horribly demeaning "bathroom panic" arguments that have been leveled at the trans community in resistance to including them in the bill? How many American's know just how long that ENDA has been kicking around the halls of Congress for every session since 1994? DADT took on a human face in the public in a way that workplace non-discrimination measures haven't yet captured the public's imagination. America held it's breath as gay soldiers came out to their parents but there is no similar human drama to engage the hearts and minds of the public for workplace protections...unless of course you count the "bathroom panic" drama that scares the public into thinking cross dressing men are going to prey on women in public bathrooms...all just another way of making Trans people look like predators when they are the ones most often hurt by a lack of employment protections.


We need to talk about this in a larger public sphere and as loud as possible. As a community we need to pay attention to ENDA's progress with the same attentiveness and sense of outrage that we brought to DADT. If the White House is going to give us nothing but talking points and polite handshakes then perhaps it's time to be inconvenient again. They need to know...and the nation needs to know...that we are here and that we are not going to go away with a "wait until later" response...later never comes. We rattled our sabers to allow LGBT people to be allowed to be themselves in military life and now it's time to beat our swords into plowshares to do the same for the gay, lesbian, and trans people who have to hide back home. Otherwise...what are we really fighting for if we are not allowed to be full citizens within the country that we are serving?


This is an issue who's time has come and it needs our help to lift it from obscurity and into the public limelight. It's time to hold our Government accountable to seeing it through and not accept dithering answers. It is time to turn up the heat on ENDA. Will  we find our voice? 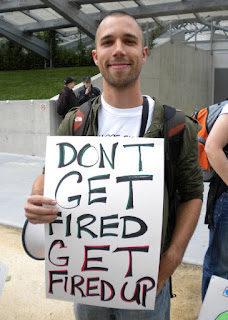