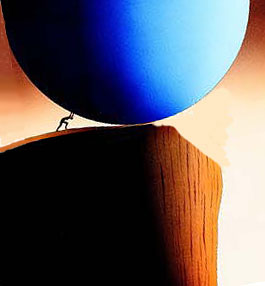 "I felt a great disturbance in the force....as if millions of conservatives suddenly cried out in terror and then their heads exploded. Obama must have won...."
-Obi-wan Kenobi

It may sound silly, but that is exactly what is playing out all over the internet this week. This election not only saw the reelection of Barack Obama but it also saw a historic win for gay rights at the ballot box. For the first time ever, same-sex marriage won at the voting booth in not just one, but four states. In addition, we saw Tammy Baldwin become our first elected LGBT senator as well as picking up two more out legislators in the Congress. All in all,  the wins for the gay community this election cycle have far reaching implications for the gay community, not the least of which being that it is no longer a liability for lawmakers to publicly support gay rights, nor is it a scarlet letter to be both gay and run for office. Additionally, the fact that gay marriage won the majority vote in...not one, but four states..could put some additional pressure on the Supreme Court to find DOMA unconstitutional. It is because of these big wins and their possible repercussions that some have dubbed this election the "tipping point" for gay rights....the point at which it becomes progressively easier to build further support for the equal civil rights of the LGBT community.

However, it is also because of these big wins that some people are losing their minds. For instance...Aware that the world is changing in ways they don't like, NOM and The Family Research council are having meltdowns of epic proportions, realizing that they are now going to have a much harder time building support for their cause. They have nonetheless circled the wagons and are vowing to continue the fight. To do that they are dropping the mask of civility and upping the ante on the amount of hurt they are willing to cause to their fellow humans. For example.... 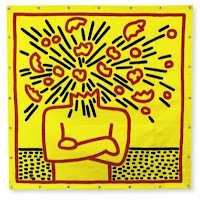 "Paying a Price"
NOM has been especially active. First they have accused President Obama of being a "terrorist"....which is rich as the comment was made by NOM's spokeperson for anti-defamation, Damian Goddard. Filing that fact aside for a second, NOM also popped up in the news this morning in The American Independant because of a particularly odious conference call in which NOM head Brian Brown discussed the future of their organisation. Among those things discussed were a widening of their fund raising efforts, their strategy to argue before the Supreme Court that the last elections wins for marriage equality mean that the gay community should not be considered a "suspect class",...and to make international corporations that support gay rights to "pay a price" for that support by making their political views known in countries that have strong anti-gay views. In Browns words:

“Their international outreach is where we can have the most effect,” Brown said. “So for example, in Qatar, in the Middle East, we’ve begun working to make sure that there’s some price to be paid for this. These are not countries that look kindly on same-sex marriage. And this is where Starbucks wants to expand, as well as India. So we have done some of this; we’ve got to do a lot more.”


So I find myself somewhat at a loss for words here. NOM's intentions are to exact revenge on Starbucks by ratting them out as gay supporters to countries that vilify their gay people at best...or possibly kill and torture them at worst. I understand this does not include Qatar specifically, but NOM only mentions that they are going to try to hurt Starbucks by reaching out to "the middle east" and that's a whole lot of countries...many of which are deadly for LGBT people. But I guess NOM is ok with getting in bed with that, as long as it stops "teh gay" over here in America. I just have one question for Mr. Brown....has he heard of the internet? It's this little invention that allows for near instantaneous sharing of information. Including telegraphing his intentions to Starbucks and the public at large. I wonder how pandering to homophobic nations and putting others in danger is going to look to the same public they hope to donate to their cause? Not to mention that fact that the internet does exist in middle eastern countries...surely they are already aware of Starbucks policies or can look them up at any time if they so chose. Yet, aside from NOM's negative intentions to hurt them as much as they can, they aren't dropping much of a dime on Starbucks. What gets me is the fact that NOM and Brown think they can exert influence on a foreign country in order to stop the spread of marriage equality. Doesn't that begin to sound a lot like what happened with Pastor Scott Lively and Uganda's consequent "Kill The Gays Bill"? In an effort to put pressure on Starbucks from outside the country, who knows what additional and unforeseeable effects NOM's actions could have for gays and lesbians in these countries. If all NOM wants to do is "support traditional marriage" then I think they had better stay the hell out of the middle east or have some serious explaining to do.


"Revolting"
Finally, Tony Perkins and The Family Research Council think that if the supreme court affirms that DOMA is unconstitutional, it will lead to armed revolt and civil war.....really:

I'm getting really tired of these guys who use the threat of war and violence to scare people. Ever since the advent of the  Tea Party, threats of armed revolution have become common place and it is time for it to stop.At what point does this speech stop being just propaganda and become a tacit form of encouragement. "Don't make gay marriage legal or we'll revolt!" is the message and that the FRC subtly makes. The fact that they agree with that action comes through loud and clear, regardless of what they may claim. And even though they decried the actions of Floyd Lee Corkins when he busted into their DC offices, by virtue of their own rhetoric they continue to engender the same kind of hate in people...along with the idea that it would be ok to vent that hatred in a shooting spree. Haven't we had enough?

Tony Perkins and the FRC have the same freedom of speech that you or I do. However, I think it's long past time that all of us tell Tony Perkins to shut the hell up. We are ALL Americans conservative and Liberal...gay, bisexual, transgender, or straight. We are all entitled to the rights and protections guaranteed in the constitution, and all of us regardless of our walk of life is worthy of respect and dignity as a fellow Americans. The day in which we consider some of us "true Americans" and the rest as outsiders has got to stop, but the only way that is going to happen is if all of us make it clear that we have had enough. America can survive political disagreement. That's how we work. It's time too stop the references to gun play because there are people out there that do take it seriously...and the FRC should be know that first hand.

In the end...what I take away from these stories is that even though we may have reached a tipping point with the general public, the people and organisations that have fought so hard against us these past years from Prop 8 till now, have no intention of going away. In fact, they intend to double down on their homophobia and the collateral harm they cause to others. As we are celebrating new marriages and a hopeful turning point in the gay rights movement...we have to remember that groups like NOM and the FRC are viewing that same turning point from the other side and it makes them afraid. And from the fear their support is shrinking, they are recommitting themselves to fight equality even harder. The question is ...If we really have hit this tipping point, how much traction will NOM and the FRC get for ramping up the fear tactics? Has the country had enough? I know I have.