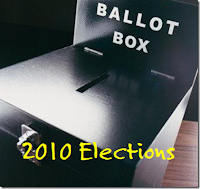 
Probably one of the worst things that came out  of yesterdays elections was the ousting of three of Iowa's Supreme Court justices.This is arguably the only victory that NOM achieved in all of the elections it attempted to influence. All other candidates they backed failed miserably. The fact that a group like NOM could  create such an atmosphere of fear around "activist judges" does not bode well for the impartiality of any future cases brought before the court. Judges are meant to weigh an issue on the merits of law...not whether it's going to tick off the public and cost him his job. Any future Justice hearing a case regarding marriage equality or gay rights must now weigh in the likely hood of keeping his seat on the bench into his decision. To me...that's just baldfaced intimidation. Iowa conservatives lost their case against gay marriage in court and failing to secure a constitution ban in the legistlature, not once but twice...they decided that revenge was their only recourse...stay classy Iowans For Freedom.

The upside of the situation is that marriage equality foes have already failed in the legislature twice...that route is not an easy one to tread since it apparently takes a vote in two consecutive legislatures to pass a constitutional amendment. As for the court...the current Governor can now appoint three new justices of his choosing...potentially more liberal judges....thanks again Iowans for Freedom.

Moving on to the the House of Representatives, the common expectation is absolute gridlock. Nothings coming out of there for another two years. In terms of the passage of things like ENDA or DADT, this works against us. But.... a very interesting point has been made about the power shift in the house. People are pointing out a sharp, class based distinction between the old money "country club Republicans" and their more common man and idealistic tea party counterparts. Will they play nice together, even when the tea partiers don't walk lock step with the rest of the party? In addition, the tea party has been making a very loud ruckus about health care and the economy and to day...has been content to sit back and snipe. Now that they are in the drivers seat, the onus is on them to deliver results. failing to do so could mean their ouster from power under the same circumstances under which they were ushered in. Wouldn't that be irony for you? 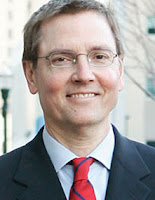 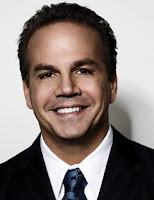 To me this is probably the most positive omen and a sign of slowly changing attitudes to LGBT people. Perhaps the stigma of being gay in office is slowly eroding. It used to be that any whiff of homosexuality was a liability for a hopeful candidate...not so much any more. Perhaps we have seen the day when people like Charlie Crist don't have to craft a persona and hide behind fake relationships in order to hold office...a day when our merits are counted, not who we love. That would be nice.
Every block helps create the strength of the foundation and even if we aren't electing a President or a handful of openly gay Senators...we are at least a growing presence in politics. The more of us in office, the better our chances will be to see the passage of the important bills that now we have to beg for support for....Well I can dream can't I?

So can we still expect good things to happen in the next two years...that remains to be seen. The President still declares that he can pull off a legislative repeal of DADT...to the point of referring to the Log Cabin Republican challenge as..."destructive to unit cohesion". The man must have a plan then...lets see him make a move...

Until next time dear readers.
Posted by GFV at 3:20 PM