Homosexuality In Highschool...And the Uncertain Path to Self-Acceptance 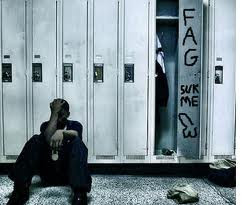 (UPDATE)...during the writing of this post the owner of the video took it down. Not surprising considering he was just a regular person posting a video that they liked. I'm sure they didn't expect all the attention they got. The video itself was made by Pastor Bobby Blakey of Compass Bible Church. If I find another source for the video I will update this post again. In the mean time I hope that there will be something positive to still be gained from this post as is.
(UPDATE 2)...mirrored version of the video re-added thanks to an anonymous benefactor. Thanks!

Sometimes I run across an article or a video that can push all my angry buttons. It's not an easy thing to do since I don't tend to be a person given to anger over all...but it happens. One of the sure ways to do this is to take advantage of a persons weakness's to keep them down. Especially, when I have some personal experience. Today, Towleroad posted a video attributed to WhiteThroneFilms about the moral danger of "Homosexuality In Highschool". In the video they showcase two young men convinced that their inborn sexuality is a sin to be repented of...and since they did it at the ripe old age of seventeen...so can other teens. What bothers me so much about this is that these are the same kids who daily email my husband and I everyday scared, on the edge, and lacking anyone to tell them they are ok just as they are. What bothers me is the hard road they will have to walk before they can acknowledge to themselves who they are, all done in the sake of wanting to be loved. And finally....it bothers me so much because, at the same age, I was them. I could not help but have an emotional reaction to what I saw. Check out the video after the break and maybe you will understand why this hits my emotional buttons.....

"High school.....After nearly a decade of working with students, there is clearly one issue that defines this generation.....homosexuality"

First off...way to reduce an entire population of kids to the orientation of less than 10% of them...never mind the wrongness of the notion of reducing anyone down to their sexual orientation as their only important defining feature.

Secondly...I understand that this gentleman may have been in this particular form of "ministry" for nearly a decade but this same tired argument was used on me over twenty years ago and had doubtless been used on many before me. The notion that homosexuality is somehow a uniquely important danger to this generation is utterly false and born out of a mindlessly repeated playbook full of handy catchphrases that any kid born into an evangelical family knows like the back of their hand. In my day they were applied to my generation.

When I was 16-17 I was a part of a youth group at my Baptist church. One day, at one of the meetings the youth pastor...who I had an unconscious crush on....Pastor Jerry, gave a speech about homosexuality in which all the same talking points were given. There was also the addition of the handy hardware lesson where they take two male plugs and ram them together as if to show that two men are not designed to be sexually compatible. In the crowd of young men and women present was a boy older than me who liked "The Cure" and had one of those shaved on the side, long on top haircuts that kids into new wave music had then(yes I am dating myself). Now....I had never known this boy to be anything but a good guy, kind, and sincere in his faith...he just looked different from the rest of the crowd. There was nothing else to suggest to me that he was gay. Yet this conversation seemed utterly geared to him. In retrospect, perhaps he was having attractions that he was troubled by and talked about them with Jerry....and it is equally likely that one of the other kids had expressed "concern" about his music choices. Either way it was clear that the conversation had was using him as an example to all of us. There was discussion about The Cures lead singer, Robert Smith, ans his open admission about being bisexual(it was a big deal then...really). Then, followed a lengthy discussion about how homosexuality was a culterally accepted fad we had to stand strong against in order to be true to GOD....just like our anonymous video pastor does above. And in the end that young man who had been singled out vowed to give up listening to The Cure and recommit himself to his faith. I wish I knew where he was today. I would like to know if he actually was gay. It would be one of lifes little ironies if he was not. 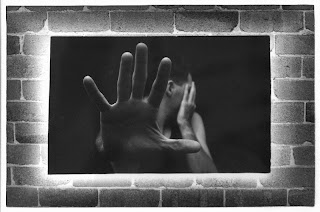 the notion that the majority of high schoolers think that "If you don't accept homosexuality, you're not "in with whats happening today..."   Again....bullshit. I suppose all those gay teens that have been in the news lately for committing suicide did so because all their classmates accepted them too much then? Jamie Rodemeyer took his life becuase his classmates all loved him so much? Constance Mcmillan was humiliated after being sent to a fake prom becuase she was just so "in"? Larry King was shot by a fellow classmate because he was accepted? It's bullshit and bullshit born our of ignorance....sometimes willfull ignorance of the part of those who are too frightened by the notion of a homosexual to walk a mile in their shoes. AND....while attitudes are changing fastest among young people, what is happening has little to do with accepting a form of behavior than it does with accepting a human being who they just see as their friend.

All the arguments above...along with comments made by my parents at the time...were instrumental in why I fought my own orientation tooth and nail until I was emotionally unable to fight any longer. It was "temptation" and I had to fight it. If I didn't fight it, GOD didn't love me....I was not only a sinner, I was in rebellion. So I fought into my twenties...shoving any attraction I had down into the deepest recesses of my soul. At times, they would leak out...like when the latest copy of a certain male underwear catalogue would come in the mail and I would resist even looking at the cover as if it could dam me just by being in the same room with it. But eventually I would break and it would mysteriously disappear for awhile. And when I was done, it was time for repentence...time to punish myself and swear it would never happen again...all the while believeing that I was nothing but a phoney and hate myself for not being strong enough or faithful enough. I would never say to myself that I was gay...no matter how much I may have acted on it in my fantasy world. As long as I could call it something else I could keep it from being true.

Obviously that strategy failed. But the night that Pastor Jerry was calling out the young man who visibly stood out to task because of his music choices and dressing habits....he was also speaking to me too. I wouldn't admit to myself that it was true  and even spoke out at the meeting against "the gay agenda" and other bullshit I had no experience or business talking about. But I was very vulnerable because I wanted to be good...I wanted to be accepted...I wanted to do the right thing. So when I began to admit to myself that I was gay, Pastor Jerry's words from that night came back  to haunt me. I knew that what I was meant I should be ashamed, that I could not be a christian if I followed this path...even though the same church also teaches that once you accept Christ, NOTHING can take that away. 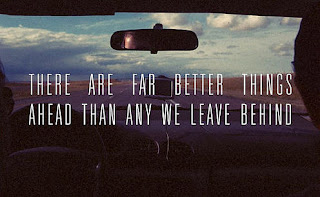 It was years of fighting myself and being ashamed before I got up the courage to look for myself at what was so wrong with being gay. I needed to know why it was bad because I was having no success making it go away no matter how hard or sincerely I prayed. In the end I left the church precisely because I could not reconcile the faith I was raised in with my new awareness of myself. It took many years of exploration and finding out what gay was and was not and undoing all the misinformation and lies that I had been fed to me by people who didn't know any better themselves. Now...I did come back to my faith much later on in life...but not to a church and I chose to out of gratitude for an amazing life that I could be nothing but gratefull for. I would never have gotten to that place had I not stepped away long enough to separate myself from B.S. like this video teaches. Had I not, I might have ended up in a broken marriage or an eventual suicide...or both. Thats what self hate and shame can drive us to and when I hear stories about gay teens who commit suicide I know that it could dam well have been my fate too had things been just the tiniest bit different.

So yeah...it pushes my buttons when I hear these same arguments still being made to kids as if the world has not changed at all. Tyler and Patrick are a snapshot of me at the same age....right down to the way they speak. Tyler says that his friends were pushing him to think he was gay...perhaps they were just more able to accept him than he was himself. I've been there.

What I want to say to our video pastor is: "Stop doing this to these kids! They hear your message and only judge themselves. Learn what it means to be gay before you utter one word against it. All you are doing is repeating ignorance. You may be doing it from your own ignorance with no intention to hurt anyone...you may be doing it for faith....You might be doing it to hide from your own homosexuality...but in the end, everything you are telling these kids is only driving them away from love and into the hands of despair. If GOD is love and he loves everyone, please explain to me why the love between two men or two women is less than? It's still just love...there are no subjective values to love. I KNOW that I have felt true, honest, selfless love for my husband...no one can take that truth away. So again, explain to me....If GOD is love, how is this love different? And if it isn't different than perhaps we are not understanding those bible versus we are so fond of cherry picking to condemn people we don't understand....especially when that someone we condemn is ourselves.

Tyler and Patrick are gay. Their decision to deny that will not change it and that means it may be years of struggle and emotional struggle for them...if they survive. Where is the love in that? As they walk the path of trying to be who they think they need to be in order to be loved and accepted, I wonder if they will still see my footprints on the road or if time will have washed them away. If they are gone see them boys...follow your hearts...they will lead you home.

Until next time dear readers. 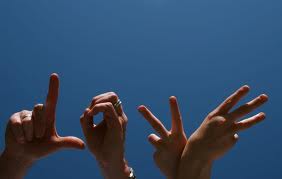