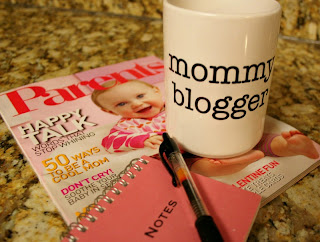 Life can give us a million and one reasons to lose hope. The news is full of examples of horrible things happening everyday. Some of this weeks examples include, the gay couple assaulted at a church, one of the assaulters being the father of one of the victims and the pastor of the church....Or the reports of Jurors in the Brandon McInerney trial who believe that Brandon got a raw deal and that Larry King was the "real bully" because he made "unwanted sexual advances toward Brandon McInerny( /facepalm)....Or the ever increasing climate of persecution for Gays in African countries like Uganda....Or the continued prosecution and separation of gay bi-national couples that daily  splits up people who love each other. The list of horrible happenings grows by the day. However, as I have written this blog over time I have come to the conclusion that it's not the terrible happings  that are remarkable....It is those moments of triumph, love, and acceptance that give us hope and  keep us going. And just when you need that hope the most....a mommy blogger steps in to save the day....
Writing for her blog "....And This Is My Blog" under the psuedonym "Amelia", this mommy blogger posted a story about her 6 year old son "Bug's" crush on Blaine from Glee and what she describes as her "I knew my son may be gay moment":

My oldest son is six years old and in love for the first time.  He is in love with Blaine from Glee.
For those who don’t know Blaine is a boy…a gay boy, the boyfriend of one of the main characters, Kurt.
This isn’t a ‘he thinks Blaine is really cool’ kind of love.  It is a mooning at a picture of Blaine’s face for a half hour followed by a wistful “He’s so pretty” kind of love.
He loves the episode where two boys kiss.  My son will call people in from other parts of the house to make sure they don’t miss his ‘favorite part.’  He’s been known to rewind it and watch it over again…and force other to, as well, if he doesn’t think people have been paying enough attention.

O.K. I have a HUGE problem with this......I want to marry Blain someday!..... I mean, who wouldn't? Darren Criss is seriously dreamy. *sigh* I'm sure my actuall husband won't mind....right?....oh well.
Bugs mom then describes a later incident in the car. As most parents know can tell you,the car has some sort of magical power to get kids to willingly divulge information that you could not pull out of them under glaring lights interogation tactics banned by the Geneva Convention. Amelia describes her and Bug's conversation about Blain and Kurt being boyfriends and how some boys prefer to kiss other boys over girls. Amelia answered all of her sons questions with honesty...and then he says to her, "Mommy, They are just like me." Now....many mom's might have had to fight the urge to veer off the road moment. Thats a big bombshell to drop when your six. Her response?....

“That’s great, baby.  You know I love you no matter what?”
“I know…” I could hear him rolling his eyes at me.

I read this and saw a wonderfull moment of understanding between a mother and a son...and so did many others. That is why her simple family blog has garnered nearly 45,000 reblogg, tweets, and the attention of the Huffington Post. And of course....fundies heads are exploding. Just as in the case of Nerdy Applebottom and Princess boy when ever we have a discussion about  children and developing sexuality there are those who will accuse the parent of attempting to steer their childrens sexuality or prejudge it before all the evidence is in. And then it gets worse from the people who cannot distinguish that the gay person being described is a 6 year old child and launch into their worst hellfire and brimstone rant.

But lets be clear. This boy is six. As a parent of a six year old child I KNOW that kids are thinking about boyfriend and girlfriends and pretending to marry the kids who chase them around the playground. My own daughter has a not-so-secret crush on a boy in her first grade class. It happens. And while those who have a problem with it are quick to point out that any childs sexuality is not fleshed out by this age....It is true...BUT.....so too are the voluminous stories of gay men and women who knew what they were at a very young age before they knew what it meant and were still gay despite all the dolls pushed into little girls hands and trucks given to little boys. As I read her account, all I could see was a mother accepting her son with enough love to make us all a little jealous. 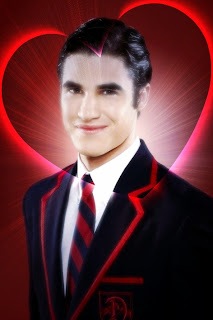 Bug's Mom and Dad both accept their son and admit that if he is not gay that they now have the best blackmail material in the world for when he is a teen. that is epic in my book. What could have...and does...completely derail some families has become a shining moment of love and acceptance that at the very least can be an opportunity for parental humor. The story of Bug and his family made me think that maybe one more gay kid will make it and maybe thrive in ways that gay adults today can not imagine. That by itself is enough to be that ray of light for me but Amelia recently wrote a HuffPo article in which she discussed a vital insight that I wish everyone would grasp and it all began with....."it got me thinking...."

....and after awhile I started to feel like I knew this big secret that shouldn't be a secret at all: Every gay adult used to be a gay kid. It's not as if all children start off as straight until some time later when someone flips the gay switch. We are who we are from the very moment we are born.The horrible and hate filled words of the Michele Bachmann's of the world take on a whole new level of disgusting when picturing them being screamed at a group of kindergartners and first graders. They are unnatural. They are sinners. They are going to hell. They are dirty, wrong and sick.

These people would tell my innocent little boy (who currently wants to be a fireman-ninja when he grows up) he is the biggest threat the American family... because he wants to kiss boys and not girls.

If only more people got to this kind of thinking....this is a realization I wish everyone could come to. Then maybe there would be no more exgay camps, no more NOM's, and a few less kids committing suicide....wouldn't that be something? Maybe having a child who is very possibly gay was what it took for Amelia to make those connections and realize the magnitude of the message that gay kids are dealing with everyday. Yet, not every parent comes to that understanding just by having a gay child, and Amelia found that out too, as hundreds of gay teens are pouring out gratitude to her and telling their own stories of loneliness and isolation. Jay and I get the same emails every day.
Amelia, her husband, and bug give me hope that the world is in fact changing in tiny degrees....one soul at a time. Maybe the world that Bug and my kids will grow up into will be a place were they don't have to be afraid to be exactly who they are....whatever that may turn out to be. I think of Bug, and my own son and daughter and wonder what they will make out of the world that is given to them. Like Amelia admits, none of us are perfect parents, but we do our best to not screw it up to much and to help our kids grow into strong, confident, and loving adults. It is exciting to see who they will become.
And to those who see this as a threat to the family, brainwashing, or a social experiment...I would ask them how many of their kids may be suffering in silence right now. Wishing they could say something to their parents they are afraid will end their love for them forever. How many of them growing up  looking and acting just like they think they should and will one day survive to stand as a gay, lesbian, bisexual, or transgendered person....and survivor. As Amelia realized, we didn't turn on a switch or wake up with a desire to be rebellious....we just needed to be who we are and to survive in spite of the very heavy "brainwashing" already taking place. In short, we come from you and always will.
The only thing that gets chosen is whether you wrap your arms around your kids and love them or send them the message that they are not acceptable and need to change. History is full of too many sad tales from  choice number two. Thank you Amelia for being a light in the dark today.
Until next time dear readers.... 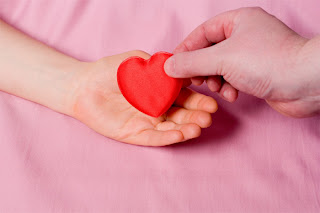