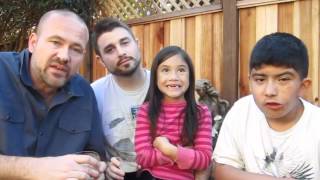 We has absolutely no response at all and quietly, inside my heart I was heartbroken for the kids. We wondered if we got the wrong people, or perhaps their older siblings had been so scarred by their experience with their family that they simply wanted nothing to do with them anymore...even if they were long lost siblings. People rarely react the way we think they are going to and everyone has their own reasons for saying no to a contact that most of us would jump at the chance to realize. But we let it go, resigned to try it again later, and got on with our lives. All of us forgot about it and got caught up in the daily grind of homework, karate, fencing, foster child visits, and Youtube. And then,out of the blue...something amazing happened...
Ten months after first sending those messages I am sitting my my van outside the CPS building waiting for our foster children while they visit their mother. This is a rare down time when I can just sit and play on my phone, answer a few emails, and generally enjoy a rare moment of quiet. Now messages tend to pour in all day to us which means my phone is always chiming away at me at all hours of the day. It was just as I was sending off one reply when I saw a familiar name come in but I couldn't place why it was familiar...until I read the first line of the message..... GREAT GOOGLY MOOGLY! ...IT's ONE OF THE KIDS OLDER SISTERS!!!!....I practically had a heart attack on the spot!

It seems that people don't check their facebook as obsessively as Jay and I do and my message to her had sat for nearly ten months until she saw it...or worked up the courage to answer it. At any rate Older Sister(as she will be knows from here on out) is actually the youngest of the four siblings above Daniel and Selena. She was with them when they were babies and toddlers...and as often happens, ended up being more mother to them than sister. She told us that she was heartbroken that they had been removed and adopted away and had never stopped looking for them...and so she was very very happy to see the message I sent on facebook.

I was floored and got on the phone to Jay to see if he wanted to handle the first phone call with her as I knew he would be more cautious than I would be. And then I just had to wait to find out more until my current task was over and I could get home and find out what came of that first phone call.

It turned out that Jay thought she was very sweet and let the kids talk to her for a few minutes...something that turned out to be a tearful and emotional experience both for older sister as well as for Daniel. They shared some memories of when they were little and ended the call with a promise to meet for dinner and a million-bajillion questions answered sometime soon.

So now here we stand....the finally with a response we had resigned ourselves to never recieve...excited, happy, and not a little uncertain what meeting them in person might bring. Selena seemed to just absorb the news as something cool that happened in her day. Daniel however, seemed happy to talk to his sister, but memories of his past always seem to leave him unsettled. Those were times he wanted to get away from andI can see in his eyes a mixture of emotions that he seems to have a hard time putting into words. Just like the last time when he saw a picture of his mom for the first time since he was removed from her custody, he cried because he was starting to forget her face. He was happy to remember what she looked like but not happy to remember the time he spent with her. Meeting his brothers and sisters in person is going to take that dynamic and magnify it I think. Helping Daniel assemble the disjointed pieces of his life is going to be a complicated task that will require patience and making sure we are only going at a pace that is comfortable for him.

And for Dads? That's a thornier question. We resolved a long time ago to do what was best for the kids and we would never...EVER...keep them from knowing their family if that is what they want and it is safe. However, that doesn't mean that it doesn't come without some insecurity on my part at least. I know my kids are my son and daughter and I am know they love us the same...but meeting their biological family has always been a "someday" thing and now here it is up close and personal. This is happening and I don't know what's going to shake out from it. It's going to create feelings for us all to deal with and I have to put mine in second place to theirs. Daniel and Selena are going to meeting people that are going to expand their definition of who their family is and I can't lie...that's scary for me. but we are going to walk that road with them anyway.

As I told Daniel last night, this doesn't change who we are, just like all the people we have met through YouTube have made our family circle wider over the years...this is the same. It will not change our family, it will only make it bigger and we will go together.

There will be lots of getting to know each other and keeping a close eye out to make sure that meeting their brothers and sisters is going to be emotionally safe for them. From those parents we have spoken to, you ALWAYS have to move with slowness and caution in these circumstances. After all, there were reasons why the kids were removed in the first place and you have to balance that against their need to know where they come from. Whether the kids chose to embrace or reject that will then be up to them. It is all an uncertain process that you hold each others hands and tread cautiously through together. With luck, puzzle pieces that represent their pasts and their presents will fit together and a bigger picture of their lives with be revealed. If not...we step back and collect a few more pieces...fill in the corners and the edges, and try to make it all fit together again at a later  date.

But we took the first step onto thin air with those first messages long ago. We sent a digital bottle out onto and electronic see and incredibly, someone found it and wrote back. What happens next is anybodies guess. That is both exciting and scary all at once. This is adoption...this is being a parent....and sometimes here there be dragons.

(P.S...the picture at the top of this post is there just because I love it) 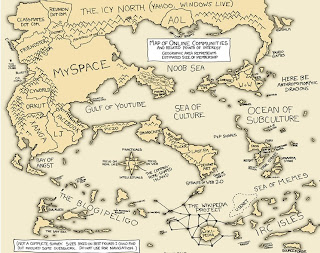