The Case Of The Terrible Tattlers 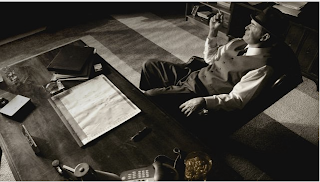 Its was a hot, gritty summer....The kind of summer where the sun strikes shadows so deep you can swim in them and the heat drives people to do crazy things. The kinda things that always lead to trouble. And when when that trouble hits the fan who do you think they call? That's right...me...The Dad Detective....

It was on one of these hot summer days, when I was in my office...just trying to keep my cool in an overheated world when she walked in. She was my Daughter Selena, and while she may have only been three feet tall.... she had a laundry list of grievances and a chip on her shoulder a mile high. "Dad! Charlie is doing back flips off the couch and now he's stealing my spot!" "Really?", I said, "If he's jumping off the couch, how come I didn't hear anything?" "Because it happened earlier when you were gone and Daddy Jay put him down for nap...but now he's taking my spot!!!!", she cried...clearly on the verge of tears. But I cut her off at the pass..."Save the water works for Daddy Jay sister...this dads seen it too many times. If Charlie committed the crime and already did the time, why are you coming to me?"  "Because he took my spot and won't give it back!"...she choked out through the tears. "Well Toots.....I'm not sure what you need me for" I replied, "Your six now and that means you know how to use your words to solve these kinds of problems." "Did you ask him for your spot back?", I asked. She appeared to think about this for a moment and then weakly replied, "No...but...it's my spot....*sniff*"  I headed her off again,...."I know, I know...its your spot. I get it. But I also know that you are a big girl and when Charlie and Marlene aren't necessarily doing what you want them to do, you come running to me instead of trying to work it out yourself first. Now you go back in there and sort this thing out with your words." To this she stomped out of the room with defeated air of one who feels there is no justice in the world. But off she went anyway.

I wish I had a nickle for every time some half pint brought me half a story but expected a full measure of justice...I'd have a whole lot of nickles. That's just not the way the Dad Detective works. But that never stops them from bringing me everything from  stolen spots on the couch to accusations of breathing without a license. I've heard alot over the years but no matter how many times I have to step in and find the culprit...no matter how many times I try to teach them how to solve their own problems...they always come running for me to sort it out. It's enough to drive a dad to drink....root beer....a cold frosty root beer. What did you think I drank?

Cases of Tattling have been on the rise in this town and I'm not sure if that's because my daughter is getting older and her sense of what is her territory, and her sense of fairness and justice, is becoming more refined...or its that we now have four children battling for time and attention. And to be honest, Charlie and Marlene are no stranger to crime and punishment. They spend more time in solitary(time out) than the Bird Man of Alcatraz. As time goes by, they are learning to adapt to a home that has actual rules that you have to actually follow and adults that expect you to listen them as they listen to you....but it was a new concept for themwhe they first got here.

The troubling part is that now my daughter is bringing her behavior down to meet theirs. Partially because she likes tagging along with live in friends...and sometimes its to defend what she regards as "hers"(I.E. her room, stuff, her dads, anything she picks up ever or once may have owned in a former life. You know...everything). And how I wish it was only her riding the Tattle train, but no...its all four of them usually in cohoots to frame each other in some random and usually trivial crime. When its all he said, she said how is a dad detective to solve the crime? And better yet...how to help them understand when THEY need to solve it and when its time to come to me? That's the lesson that I can't seem to get through to them in their struggle to use me to get back at each other. Yet, at the same time I don't want to make tattling illegal because sometimes the kids ARE doing things that I need to know about and stop right away. This is my dilemma...the true mystery if you will. 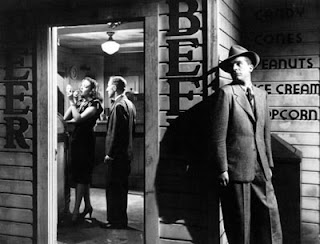 And so...time goes by as does in the city. With our spot stealing caper solved for the moment I thought I could settle down and get some work done. The ambient noises of children playing and the occasional indignant whine of someone who didn't like the way the game was going for them filtered down the hallway...the background chorus for the tapping of my keys. When all of the sudden I hear a loud "thud!" from the next room and a cry pierces through the home(and my eardrums). I quickly grab my badge and head to the scene of the crime...Usually, there will be a victim holding some injured part of their body and crying while trying to blame another through their wails of pain...the accused, denying vehemently that they had anything to do with it and attempting to turn blame back around on someone else, and two others trying to shout out what they thought they saw. All four are suspects. This time Selena was holding her  mouth and trying to point the finger at two year old "Marlene", who was holding her head and pointing back at Selena. Meanwhile her brother "Charlie" was also trying to give his own simulcast of events( at the top of his lungs). It was a tattle circus and they almost had me on the ropes. After carefully listening to their accounts of the event, I determined that they were all playing way rougher then they should have been. So we bandaged the boo-boo's and helped them acknowledge that when everyone is jumping around in a small place..people get hurt. That little life lesson lasted them a few minutes until the next tattle opportunity arose which was only minutes later.

Fill up that root beer Sam...and make it a double...

Maybe one day The kids will learn that I WANT to know when someone is willfully hurting others or breaking important rules of the house...but that I don't need to hear it when someone took a toy before it was their turn. I leave that question up to you....the parents of the world...to help me figure out so that we can have a few less mysteries to solve and gain some personal skills. How have you dealt with the subject of tattling...or did you? Do kids stop this behavior on their own one day? or will I have to be dad detective for life, constantly intervening in their conflicts? I need your help to get a clue.

Until then, I continue to walk these crime ridden streets as...The Dad Detective.

(All events depicted are true....mostly. Only the names have been changed to protect the marginally innocent.) 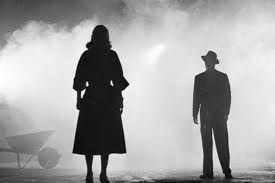