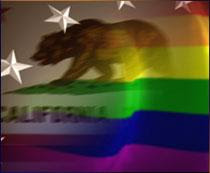 Why is it that some individuals think that pretending gays are invisible actually makes us not exist? That seems to be the functional logic behind those who are opposing the California's Fair, Accurate, Inclusive, and Respectful (FAIR) Education Act...the bill that would mandate California schools include the teaching of LGBT history in the state curriculum. The bill, which was recently signed into law by the governor,  has conservatives all up in arms and many threatening to remove their kids from schools rather than allow them to be exposed to the notion that gay people exist....may have been pivotal historical figures...and may even have included figures that they have looked up to. *gasp*....say it's not so!

They have gotten so worked up about the notion of including LGBT people in history classes that they have launched a referendum drive in order to scare the voters of California into voting to repeal the law. Even as we speak, volunteers stand outside my local target collecting signatures and registering people to vote.
This bill is contentious precisely because it touches that nerve that NOM worked so well during the Prop 8 campaign. The one that says gays are all out to recruit children in the schools into future homosexuals. That nerve is sensitive to any mention of the words "gay" and "schools" used in the same sentence. Additionally, others have brought up the question, "What does the sexuality of historical figures have to do with their impact on history?" It's a FAIR question and it deserves a FAIR response...so with your indulgence...lets go there....
As many of my readers know, I have attempted to blog about LGBT history before. It's not an easy task because the sources for that history range from the dubious(Wikipedia)...to the overly studious and collegiate. Additionally, so much of LGBT history is buried in a historical closet wherein various people from surviving family members, religious figures, and homophobic academicians all have had a stake in erasing an LGBT past. Not to mention the facts that many people of past era's did not conceive of a sexual identity in the same manner that we do today...and even if they did, they kept if very veiled for fear of discovery. Put it all together and it makes for a historical narrative that is extraordinarily hard to put together and often contains great gaps with more questions than answers. The very fact that so many people have been unwilling to discuss the issue of a comprehensive gay historical narrative points to it's dire need alone in my opinion. Understanding our past helps all of us to see that we are not alone...not aberrations of humanity...but instead, an integral part of the greater human experience.

But while this might be my opinion, many may ask why this needs to be taught in grade school? Isn't that playing identity politics?...and isn't it playing on the fears of conservatives who feel like talking about gay people at all leads to more kids becoming gay? Why is this a battle that's important to fight?
I think the answer to this comes in the title of the act itself..."fair". I do not mean "fair" in the sense that everyone else got a place in the history book...now where mine. That is small minded identity politics to be sure. I take "fair" to mean how we have grown as a culture to take an honest look at the whole of our past in order to inform our future choices and our sense of who we are now. We know longer shy away from the contributions of Chinese Americans, Japanese Americans, African-Americans, Hispanic Americans, and women because there are so many people who are integral to the development of our nation. Telling their stories makes a more complete picture of history as it was really lived...which is the point of history really, even when they history involves tragic and shameful moments people would rather not address. In discussing Asian American contributions to California we can not ignore the role of the Chinese in building the railroads...or that they were often conscripted and worked under horrible conditions. In discussing WW2 we must not only mention Pearl Harbor...but also the internment camps that many Japanese Americans were forcibly removed to as well as the dropping of the atom bomb on Nagasaki. We have hopefully grown to face our past without flinching away from the parts we don't like. That should include not only our low points but the contributions of those that society marginalized,  and yes...that includes LGBT's. When we talk about Jewish prisoners being released from German Prison camps, why can't we talk about the gays that were left in them for years afterward? Or...Eleanor Roosevelt, she was a wife, mother, Stateswoman, and...lesbian? Perhaps so. Is that Identity politics?...or telling the whole story?

What bearing does the fact that Alexander the Great may have been gay have on the fact that he was an incredible warrior, strategist, and ruler who left a mark on whole continents that lasted for generations and changed the course of whole cultures? What does King James sexuality have on his rule...or on the bible he later commissioned? What about Michelangelo? Well....while sexuality may nor may not have had a direct impact on the events that made these people notable it would have had it's hand in shaping who they were as human beings...just as each our own traits makes us who we are and effects what we do. Being gay may not be the totality of who I am but it does affect my actions whether I accept it or deny it. The same holds true for gender, ethnicity, religion, and so much more that we do include in the teaching of history. All of these elements may not account for the "what" of history but it dam sure helps explain the "why".
Additionally LGBT history is not only for the LGBT kids who would surely benefit from knowing they are a part of a larger past....it's the story of everyone and that is why even those who are not gay should care. To have a good idea of our past, and to learn it's lessons, as well as communicate those lessons to future generations, we must face it without judgement...which brings me to my next point.... 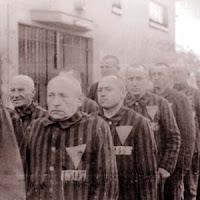 Teaching kids about gay history will not make them gay...though I understand that there are parents out their who do believe that as if it were a fact. Not talking about gay people does not make them go away....and if you child is gay, they are going to be gay no matter what. Teaching about gay people will not alter the number of kids that come out except that it may increase the likelihood that all students will learn to see LGBT people as a normal part of society and that could give strength and confidence to those kids who need it most. Perhaps that's the real danger for conservatives who are worried about this...seeing us as normal. It makes it much harder to hold onto your religiously based notions of gay equals=bad when gay people stop being an invisible threat and become a people with faces, names, and now...a history.
We are not an invisible people. We have fought and died in all major wars. We have been beaten, lobotomized, jailed, executed, and forcibly separated from those we love. We have died by the thousands at the hands of disease. We have helped build nations and been blamed for their collapse. We invented technologies and created great works of beauty...and we have also committed terrible crimes. Our story is a human one, and it deserves to be told. We will not be forgotten. 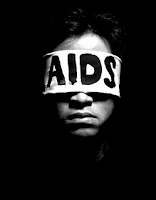 In closing...I think it does matter that we see ourselves reflected in the story of our past, because that story is the story of us all. To pull one thread out of the tapestry of history is to ruin the entire piece. Yet, for all the drama and hoopla we create over the issue, most school kids will probably still not hear a word that is said in class about LGBT historical figures, much less connect it with themselves. In all likelihood the greatest danger to any kid hearing about a gay person from history will be drowning in his own drool as he snoozes away in history class. This is the way of the world. While you can write it in the books and teach it in the class...it is up to us what we make of our history. But even if you erase us from every history book and prevent our names from being spoken ever again, it will not stop us from being your children...or teaching them. It will not stop us from standing right next to you every day....
Until next time dear readers....