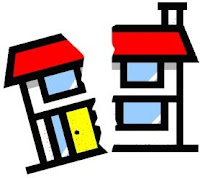 Hello everyone...Some things internet goodies have hit me from left field this week and I have something to get off my chest. these may seem like unrelated events...but bear with me..they will make sense in the end.

The first event was a comment left on our Fourth of July BBQ video in which we asked our quests what they felt were the best and worst parts of being gay. Apparently that pushed one viewer over the line causing them to leave this comment:


Dear Depfox: what responsibility do you and your smug married friends take for single-handedly destroying the LGBT Community? The whole gay bar scene is dying﻿ (dead?) because self-appointed "Gay Representatives" such as yourselves claim all gays want to be married. Gays used to be a subversive, outrageous, promiscuous culture. Now, you want us all to mimic straight couples and live conservatively in the 'burbs in white picket fences with 2.5 kids. That is not my idea of liberation...

Nice eh? But before I give my answer to MOB's question the second event that has got me all hot and bothered was a video done by my good friend Sama over on trannystargalactica. In it Sam chose to talk about supporting someone (gay, trans or otherwise)who sounds like they may be contemplating suicide and asking her viewers to give three reasons for trans people to carry on in the face of contemplating suicide. Having lost a very long time trans friend to suicide this video hit me right in the heart and I responded with a wall of text as the words poured out of me.

But what does marriage equality and suicide rates in the trans community have in common? The answer answer is simpler than most of us would think and sometimes it makes me want to scream it out loud. So...this is my rant
The simplest way I can say it is that the answer was found when we learned to stop calling it "gay marriage" and started calling it marriage equality. It is that notion of being treated no differently than the others in your family or culture that makes all the difference.

Because we have chosen to tackle the issue of marriage equality we sometimes face comments like this and the people that leave them are entitled to their view....no issue there. But, there has always been a longstanding conversation within the LGBT community about the marriage equality issue subsuming other issues perhaps of more practical import to the community...such as workplace protections. And I can't say that their point is anything but valid, if you can't work, marriage is probably the furthest thing from your mind. but I have never been able to see that argument as enough to stop pushing for marriage equality. Right now we have a great deal of momentum and national conversation/awareness and it would be foolish to let that die. I truly do not understand why it must be either-or. Both efforts are marked by the idea that LGBT people are full and equal human beings and should be treated as such, working on one helps both. When the public finds it ridiculous that LGBT people can't marry it makes it downright criminal to suggest that you can fire us for being gay or trans. The fight is not for marriage or workplace protections alone...it is a fight to be treated(not accepted...but treated) like full citizens entitled to all the protections any straight person would be entitled to. You don't have to like us...but you can not disregard our unions or our families, fire us, deport us, denigrate, physically assault, or ignore crimes done to us because we are gay, lesbian, bisexual, or transgendered. Period, full stop. Marriage is only one stone on the path but we can't get to our destination by hopping over it. 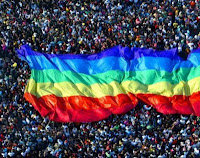 And to the commentor who doesn't think we should copy the straights...fine, if that's your idea of gay....go for it. In fighting for the equal stance to be married, the point was not to advance the idea that you have to. In both gay and straight circles there will be those who never wish to get married. Marriage is not some cultural institution that lets you look down on others. Nor is it copying the cool kids and pitifully holding out our hands and hoping for a crumb of acceptance from others who may never offer it. But when we do chose to love each other for life...when we do stand by that person for our whole lives...that deserves to be recognized and the protected in the same manner that heterosexual couples are. It is a matter of the 1138 rights afforded federally recognized marriages AND the statement the word marriage makes to the world that says "our relationships are equally valid". Any word that offered the same rights would still be setting us apart and treating us as different and less than. No more will there be couples who are treated like strangers to each other if one gets sick or dies. No longer will biological families swoop in and displace a partner who just lost his long time love and now all his belongings and memories too to a family that never accepted him.....that must never ever happen again. It is not only a tragedy...it is a crime. Call it assimilation if you wish....for me is about acknowledging my right to the same benefits, protections, and regard due to me as a full citizen of my country on an equal footing with the family next door to me.

And this is were Sama's video comes in....when I think about all the total B.S. we go through just to be treated at valid human beings for being gay I think about how all that is doubled in the trans community. They are the "T" in our LGBT and that acronym wouldn't be the same without it. Watching that video I was reminded of the fact that for many T people, the discrimination and bald hatred never lets up. I am reminded of my friend Carina whenever I talk to a young trans person online struggling to come to terms with themselves and dealing with family bullshit, bullshit from their "friends", classmates, church, you name it. I remember how hard it was for her and it makes me want to take that suffering away from these people who already have enough bullshit(pardon my shyriiwook) to take care of just dealing with accepting themselves. No one should have to fear for their safety to just go shopping and no one should be regarded as an "it" when people don't know how to classify their gender. We can be very cruel when all we can see is difference it doesn't matter what that difference may be.

just as our wish our friend from Turkey didn't have to leave his home country simply to be safe and to know love......just as I wish Carina could have found some way to be at peace with herself instead of committing suicide, until things turned for the better....It hit my like thunder how much  all this is basically the same. We draw distinctions between the issues because it helps us understand them...but then we bicker about what it more important when the reality is that it's all a part of a much larger scheme....working for a world when we don't need to fear for our lives, can live and love as our hearts direct us to, and be seen as full and valid human beings in the eyes of the law and society. I wish the whole world could see that and it frustrates me greatly that it doesn't....it seems we in the LGBT community can't either when something like fighting for the right to marry becomes regarded as stripping away gay identity.

I growled and waved my fists in the air...I cried a little...and then I came to write. It hits me where I live and this is my way of getting it out of my head. It may not make much sense and the things I connect may be slim at best but that's what my mind does...make connections. Instead of six degrees of Kevin Bacon I get six degrees of Harvey Milk....Yay me. But that means this is officially...../rant off. Now I open it to you. Am I much wrong? Rant away...I brought my flame proof suit.