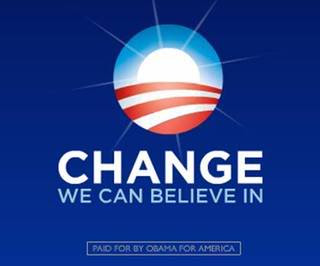 
Change of the magnitude that President Obama promised was surprising to say the least. Just in to the gay community alone, he promised to end decades of discrimination in the military(DADT), private employment(ENDA), and legitimate, legal recognition of gay relationships(DOMA). Thats a huge task by itself and doesn't include the promises he made to the rest of the country.

Since his election we have seen more lip service than actual action on the above list. Some of those items have been pointed out as being simple to accomplish with an executive order from the President(DADT). Yet, President Obama stubbornly declares that it must be the job of congress leading many of us to question whether he actually supports the repeal...or just told us what we wanted to hear.

Case in point...Many of you may have had the opportunity to read up on the latest Don't Ask Don't Tell ruckus involving the White House that kicked up over the last 24 hours. Given my current state of affairs read up is about all I had time to do. Its already become a tangled mess of "He said, She said". Rumor and innuendo hit the fan as reported in America Blog and later telegraphed out to other blogs like Pams House Blend, that....

the White House congressional liaison office is telling US House members not to include the repeal of "Don't Ask Don't Tell" in the Defense Authorization bill, and not to have a vote on DADT on the House floor, this year. This would be at odds with the promise the President made in the State of the Union to repeal DADT this year, but it would be consistent with all other signs coming from the White House.

Immediately this caused a storm of controversy and not a few "I told you so's"  riccochetting around the net. But being that the source of this comment came to America blog through unofficial channels report is relegated to rumor status. Yet, The White House moved with uncommon speed and immediately responded to the the claim with its own statement attempting to debunk it:


"These rumors are blatantly false. The President has been clear in his desire to see Congress repeal Don't Ask, Don't Tell, and the Department of Defense is already moving forward with its own review. The Office of Legislative Affairs continues to engage lawmakers, and at no time has the White House asked any Member to take this issue off the table."


Anyway, the fact that the WH felt the need to so quickly tamp down this reporting on Americablog suggests that something hit way too close for comfort. Otherwise why not just ignore it? The problem here is proliferation and slow unraveling of control of message.

All I'm saying is you have to read between the lines; these folks are professionals and every word that goes out, particularly squibs like this not attributed to anyone, has been massaged and approved up and down the food chain, chosen for maximum fuzziness while looking highly believable. So when I received it, I just added it without comment. Let it hang out there for a while.


Anyway, it's quite apparent that readers didn't find the WH statement compelling or entirely believable anyway. There have been too many signals that WH support for repeal that is feeble at best, and at worst never had any intention to do it this year.

This left me pondering last night over preparing dinner...What do we do if it turns out he has absolutely ZERO intentions of supporting a repeal of DADT, or DOMA, or any other legislature that supports the gay community? I am not advocating political revolt....I am asking questions in order to incite debate because we have some hard questions to ask...and possibly some difficult decisions to make and I don't have those answers myself. How many signs do we need to conclude that the President is not on our side? How Long do we afford him the opportunity to make good on his campaign promises before we say enough is enough? and should we reach that line, what are our practicle options? 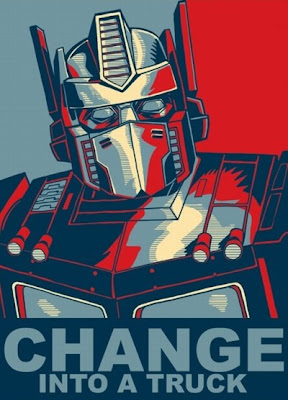 But what of sources outside the blog community? Barney Frank, who has a much closer vantage point from which to observe the President has been growing steadily more critical of the handling of bills vital to the gay community. In a comment to Karan Ocamb, Frank discussed the Presidents lack of support:


“His not being for it will give people an excuse to not vote for it. Thing is – we’ve done hate crimes. We do ENDA. It’s a big agenda all at once. At this point – the President’s refusal to call for repeal this year is a problem.”


This is what I hear in that statement: "O.K...so we've done hate crimes, time to knock off...lets all go have a three martini lunch and pat ourselves on the back." Thats the message delivered here in regards to the level of commitment to achieving the promises made. How quicky the resolve vanishes.

Now...It must be acknowledged that we are not very far into President Obama's first term. There is still a respectable amount of time in which to accomplish what he promised to do. However, the longer it goes, the harder it will be, as the Democrats lose their majority status. It only gets more difficult from here, so putting it off for next year... or the year after that...and after the Pentagon concludes their stalling studies, is regarded as a passive aggresive way of killing the repeal and blaming someone else.

Which puts me in mind of an event  in San Francisco when Obama was running in the primaries. I'm relying on my hazy memory alone and can not give the source as it happened some time ago...take it as you will. The basic gyst of it was that a Democratic fund raising event was being held in S.F. in which Gavin Newsom and Barrack Obama where both present. During that time, Mayor Newsom was very high profile for initiating the fight for gay marriage in California by instructing the city to issue marriage licenses to same-sex couples...illegal at that time. Since then he was a vocal supporter of same-sex marriage and publically opposed Prop 8. According to the account, Obama refused to be seen in any photographs with Newsom. Now tell me why you think that would be? In my opinion, it appears as if he wanted to distance himself as far away from Newsom as he could. Does that sound like the actions of a man that will back up gay issues to you?

Many have already called for a boycott of the Democrats, but where does that leave us? When Obama eventually comes up for reelection, is abstaining to vote for him tantamount to putting a Republican in office? If it turns out that the President lost his resolve to support the gay community or worse...lied...he stand to lose a vast swath of support within the gay community. Couple that with discontent within the rest of the nation and the Republicans might have a good shot to take the Oval office if they field the right candidate(I.E. not a teabagger, birther, etc.) Meanwhile, the Democratic party continues to campaign on the platform of being for gay rights even though their actions speak differently. After all, it was a Democratic President that gave us DADT and DOMA and its many Democrats that throwing up excuses as to why these can't be repealed. Even so, the Republicans have the reputation of being the most likely to be hostile to the gay community...and rightly so, since many of them make comments that compare us to drug users.

I have heard statements to the effect that maybe the Democratic party needs to take that hit in order for them to realize that we are not to be taken for granted. Which..on one level is true...but on another seems a short sighted way to get your message across. Why toss out the guy who is apathetic to your cause, and through abstaining from the voting process, install another who may be outright hostile to it? How much damage to the gay rights movement could be done by a Republican President when so many critical bills are still in Congress and so many definitive court cases are winding their way up the judicial system? It has the potential to set us back decades just to send the Democrats a rather costly message.

I don't have a good answer to these questions but I do see a problem with being reactionary when these events occur. There is a time for anger and protest...and a time to sit back and measure the consequences before we act and ask ourselves if we are willing to pay the price. What happens four years from now...eight years from now? Where do we want to be? and if we can't get these long overdue pieces of legislation passed, what then? Protests? New President? Continue to work with the one we have?

Too many questions and not enough answers. All we know at this point is that it appears that we are being fed a line, while something else  is actually occuring. Much will depend on the remainder of President Obama's current tenure in office. If, near the end, all we have to look back on is the passage of the Hate Crimes Bill,...that will be great...but there will be much to answer for. Standing at the podium and asking us to wait still longer may not work a second time. 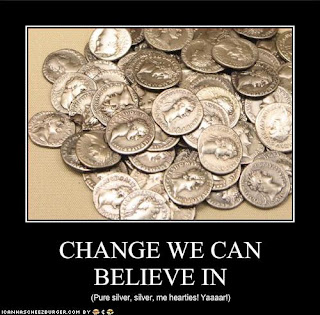