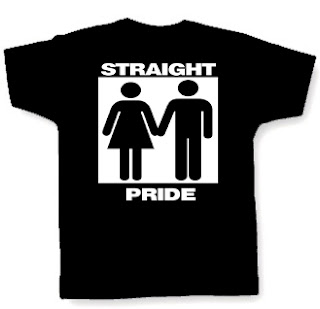 
I have to admit, when I initially read this I got my knickers in a minor twist as well. This is because I know that their intent is not celebration of their position within the diversity of life...but rather as a mirror statement to our pride paraphanalia, with there statement being that they feel they are victims of the "homosexual agenda" and thus this is their "coming out"...ugh.../facepalm 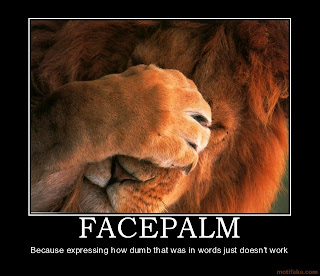 I took my twisted knickers down to my husband to share the news...but what I got changed my view...a smidge:

I could see his point. Though the intent of the tshirt may not be pure of heart, why do we have to take offense at it?

For me...and me alone...I interperet gay pride as stepping out of the shadows imposed by society and living my life in the open because ...IT IS NOTHING TO BE ASHAMED OF. That is all. Its not elevating my sexuality as the most importand feature of my life, it is giving it its rightfull place within my lifes many facets. Waving rainbow flags on floats is not flaunting something that should be kept in the bedroom, it is celebrating and affirming that we are a part of the human family....which for centuries we have been made to feel as if we are not. Anyone living there life in that kind of shadow would rightfully celebrate after discovering they no longer have to live in it.

...and yes, sex is a part of that, since much of societies objections to us seem to revolve around that one facet of gayness...whether they will be honest about that or not. Straight people do not have to defend themselves on the basis of how they love...or how they make love, because the majority of society is like them. Even if religion shames it..the rest of society venerates hetero sex. No one applies the "ick factor" to it. Gay people can not be charged with flaunting sex when we are so readily singled out on its account.

Therefore, there is little reason for most straight people to feel as if they are singled out on that basis....and less reason to make a statement of "coming out". No one need come out as straight. No one gets kicked out of their house as a teenager for acknowledging their straightness. No one ever saw police raid straight bars and arrest all the patrons for dancing together and chain them to telephone poles until they could cart them downtown for booking....which DID happen to patrons of gaybars in the not-so-distant past. No one lobotomized a straight person because their sexual orientation was looked upon as a disease.

That is the shadow that gay men and women have lived and continue to live under, and why they fight back with statements of pride in who they are. I'm sorry to all my heterosexual readers, but I just don't think wearing a "straight pride" tshirt will ever carry that same meaning as a "gay pride" does.

But that does not mean that I am offended by that shirt. Everyone should feel pride in who they are. Everyone should feel as if they have a valued place in the spectrum of life...straight or gay...or as people of color...or any ethnic backround you can name...or any gender identity. Everyone has a right to celebrate who they are. To wear the shirt with THAT intent is a celebration of life in all its colors and forms...and a redemption of that tshirts original intent.

Unfortunatly, I don't think that was the intent in which it was produced. Being that it comes from the Teabaggers, who have set themselves up as the ultimate martyrs of patriotism, I believe this tshirt was meant to deliver a similar message of martyrdom. They often rail against the "gay agenda" in government. Apparently, they believe we pull  secret strings of power that they don't feel they have access to....again.../facepalm.. 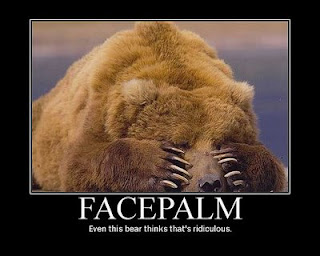 This shirt says to me that they are taking back "straightness" as a badge of pride in response to what they feel is disenfranchisement in government by an administration that they feel supports us more than them. And thats the major point here....where gay pride is meant as a statement of inclusiveness in the human family, this shirt makes the statement that they have to band together against us...us against them...sound familiar? Even the design of the shirt reflects the idea of  polarities in oposition to each other. The shirt is black and white, instead of the colors of the rainbow..or any color whatsoever. Intent or unconscious tell?

In closing, I would like to encourage my reader not to be offended by actions like these and I believe most of you will not. But I also encourage you to look inside yourself and ask what pride means to you regardless of what your proud of. If you can find something positive and life affirming in it...then own it. Where that shirt with the same fierceness and attitude of celebration that marks the spirit of gay pride. You are not less than the person next to you...but you are neither more important. You are a part of something bigger that includes us all and excludes none....life.