When I heard one of the parents mention that phrase as one that is often directed her as a foster and adoptive parent, my attention was raised. All around the room, heads were nodding as all of us had heard that spoken to us at one point in time. When Jay and I do a Youtube video featuring the kids, you can easily lose track of the number of times that comment is left. Its not an offensive comment by any means, I don't mean to give that impression. We hear it most often by people who think they could never themselves foster or adopt, especially if children with special needs are involved. The reason why it gives us pause is because it misses how much these kids give to us every day.

The truth of the matter is that these kids give you so much back that we all feel like the lucky ones...even when we have some severe challenges to face. I, myself, was unsure whether I could tackle Daniels medical issues. I was also afraid that he would have too many memories of his birth family and resent me for trying to be his parent. Because of those fears, I initially resisted persuing him and Selena, my daughter. I am so glad that Jay didn't allow me to go with that because I am profoundly gratefull for both of them today. I can't imagine where I would be without them in my life.

We all have fears and hesitations that sometimes keep us from doing something that would not only help some one else..but ourselves in imeasurable ways. We think we can't do it, we don't have the patients or love to handle what looks like too big a challenge. But then you meet these kids, you spend a little time with them, and you realise that you will move heaven and earth for them. Like the mother who opened this topic in group.....

The parent who brought up the comment did so in the context of the challenges her kids face. One of her children had litterally been thrown away. As an infant, he survived in a dumpster for seven hours before being found. His body had begun to shut down by then, resulting in brain damage. He was fifteen minutes from death if he had not been found.

her second child had been thought dead during delivery because of the birth mothers drug use and their inability to detect a heartbeat in the baby. So the doctors began taking measures to save the mom thinking the little girl already dead. The baby was stuck in the birth canal with the umbilical cord wrapped around her neck, so the doctors grabbed her by the head...thinking she was already dead...and yanked her out, damaging the majority of her brain and severely deforming her head. The then put her aside on the table and began to work on the mom. When the baby gave a gasp, they were all shocked and jumped into action to save her. As a result, this little girl only has the use of less than one quarter of her brain.

another thing she points out is that, now.... a few short years later, that same little boy rescued from a dumpster is totally indistinguishable from all the other kids playing on the lawn. Meeting him and talking to him would give you little to hint at what he had been through. And that little girl.....wow. I walked into the childcare room to pick up my 10 month old niece and saw a little girl sitting next to her. They were touching hands together and smiling. That little girl noticed me approach and gave the biggest smile I had ever seen in my life. It was like what would happen if you could see straight into someones soul without blinders. unadulterated goodness shone out of her eyes and melted my heart in the space of heartbeat. Seconds later I found out that this was the little girl thought dead at birth. 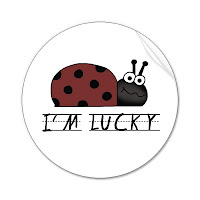 Earlier on, the woman who related this story looked at all the assembled faces and said, "I feel like the lucky one." And everyone in the room totally understood what she meant. All of us went into it wanting to be parents and we knew that it may come with some additional challenges. What we didn't accurately anticipate is how we would really feel. I think thats something all parents eventually come to realize. That the challenges pale in comparison to what you know you are willing to do to help them have the best life you can give them. That overcomes all thoughts of things you don't think you can do. It lets you know that you are, in fact, lucky for being the recipient of the love of such a wonderfull little being who almost didn't make it.

My conclusion to all this is to encourage anyone considering fostering or adopting, not to be afraid of what you may encounter. DO think about what you think you can handle and what you think you can't BUT don't be afraid of it because once you meet these kids you will stop seeing anything that labels them as different....you will just see them, apart from their circumstances.

We as parents may, in fact be doing a wonderfull thing for our kids but they are also doing wonderfull things for us, with big joyfull smiles, crayon drawn pictures, and living like they've never been hurt. We are the luckiest people on earth.
Posted by GFV at 4:48 PM