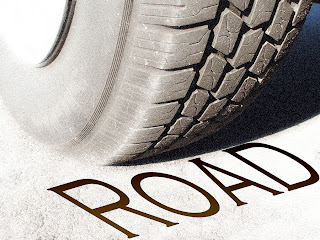 I can't help but be angry when I see this. 58 years these men have been together and in only three of those years were they allowed to legally be what they have been all along...married. For 58 years they have been each others helpmate, guidance, companion, solace and any other words you can apply to someone who is so close to you that you can't tell where they end and you begin. How can a government...any government tell this man that he is not entitled to anything that was once his husbands? It astounds me. This man is now losing the home he shared with his husband because he can't afford to keep it on a single income. The government is in effect saying to him, "Pack up your life because you were nothing to each other."

This is where marriage inequality hits us. It gets us at the IRS, it gets us at the Social Security office,it gets me when I cross a state line into a state that doesn't recognize my marriage... it gets us in a host of legal protections that we may very much need to rely on. However, the worst punch in the gut is the one in which they pretend like a lifetime spent together means nothing...."you were nothing to each other"....they are so wrong.

Anti gay voices love to characterize gay marriage as a social experiment. They like to claim that "gays don't want to get married, they just want to legitimize their lifestyle." They claim that we are looking to destroy marriage or persecute religion. All of these concepts are just that...reasons without faces. They are fear tactics that create a shadowy villain out of men like these.  It erases their history as people to turn them into radicals when all they wanted was nothing more than to live a quiet life together. Where is the extremism in their lives?  Where is the experiment? Where is the bogeymen waiting to destroy freedom and family?

This is the human cost of treating LGBT people as if they are bad guys bent on destroying the virtue of America. Lost homes, lost lives, lost help when it's needed the most.

Similarly, when we talk about equal treatment and all that the constitution is supposed to guarantee to an American citizen....so to do we lose the facts of discrimination in favor an ideal. It is an ideal that should be our common experience...but as Ron and Toms story points out...it is not. This is where the rubber meets the road.

This is why I  believe that the surest way to achieving the equality we all dream of will never be won in the best of reasoned debates. It will not be won by lobbing verbal grenades on network news or blog posts. It all becomes a mental concept too easy to divorce from the reality of how it touches the lives of real people. We have to tell our stories and show the world who we are. We need to make them look us in the eyes and know who they are hurting is a real human being.