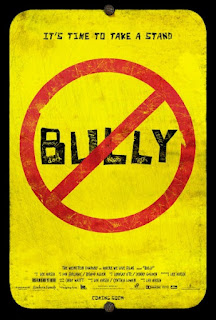 Bullying has been a much talked about topic these days and as a person who was bullied to an extreme, I am very glad to see this come about. There has always been a tendency for parents and educators to take the stance that there is not much that can be done and "boys will be boys" even in the face of circumstances that lead to another suicide. It is important that when kids ask for help that we listen because sometimes no one else is. And so we do our best to let kids know that they are not alone in the hopes that even if the world around them never changes...they can find the strength to survive it.

In the face of what seems to me to be such an obvious need, it was with great anger that I read that the Motion Picture Association of America recently handed an "R" rating to a documentary meant to bring awareness to the subject by showing the brutal realness of it. BULLY...is a documentary by Harvey Weinstein and it shows in clear fashion  that bullying goes far beyond name calling into the realm of violence and trauma...as well as showing the astounding level of denial many will go through to pretend it doesn't exist. What makes me angry is that giving a movie such as this an "R" rating puts it right out the hands of those who might need to see it most and it makes this topic seem like something inappropriate for children, even though they may be living the reality of this issue everyday. Check out the trailer after the jump and you be the judge...

The reason for the "R" rating was due to the language used in the film. There is violence but of the kind that usually receives a pg-13 rating. The fact that the movie contains profanity is meant to be a red flag to parents who wish to control the content of what their children see...but the logic disconnect here is that the language used is the kind that bullies are using as they terrorize the kids they victimize. The fact that this often happens at school makes the prohibition against profanity seem a little short sighted. Kids are already hearing this language as it is used against them or their classmates...and that is exactly what this movie is trying to portray.

Now a parent will see this rating and potentially judge it based on that alone. Showing this at schools will mean that permission slips will have to be sent out because this is an "R" movie. This effectively puts it out of the hands of those who need to see it the most, bullied kids, gay kids, their friends and classmates. The fact that parents have to be present can be a good thing if it opens up dialogue...but not every parent is so open...and not every kid is ready talk about what is happening to them. Making this movie an "R" makes it seem dirty or dangerous and that just makes me angry because kids lives are on the line.

I often wonder if movies like this, or "It Gets Better" videos reach the kids who need to see them the most...and if they do, how is it received? Is it helping anyone find hope and strength..or is it just dismissed as something that can never change anything for real. I try to imagine myself at that age, when things were at there worst and I felt totally alone. My parents had given up trying to talk to principles and given up trying to comfort me. They wanted to see me stand up for myself and fight and that was something I never believed I could do...so I settled for accepting that no one would ever help and that speaking up was useless. When I think about how I felt at that time...if this movie was shown in my class it would have been as if they had made it just about me...but I wouldn't have shown it to anyone but inside I would have cried because the boy you see in this trailer was exactly like I was. I think that my younger self would be so hopeful that this movie would make someone stand up and stop this but I had grown to believe that no one cared about the kid at the bottom of the heap...not even the adults who were supposed to protect you. How could one movie have made a difference in my life then? How would my life change for the better in any practical way just because people were talking about it? I didn't care about someday because today held to many dangers and I just wanted my now to get better. And so...rather than blame the world, I turned the blame on myself. I looked in the mirror with hatred and wanted to change every single thing I saw reflected back at me.  I was too afraid of suicide for it to be a real option for me...but neither really was life. Even though I had no idea I was gay, I agree with the young man from the Trevor project who recently took his own life when he claimed that his name had simply become "Faggot".

Day by day I survived and it did get better. It is because of that, that I can stand here and say that it does. But it took living through it. I don't know if someone simply telling me that I would get through it would have been enough without the love and support of friends and family to back it up. I guess that's why movies like this are important because, while we do need to hold our hands out to kids who are in that place of utter hopelessness but we also need to work on making a world where they no longer have to stand alone. You will only speak up and tell the world you need help if you believe you will be heard and taken seriously.

That some Yahoo in an office deems this movie to be too much for kids to see unattended by a parent just tells me that he has spent far too long behind a desk. The kids who might hear these words without a parent to guide them are already hearing them everyday...sometimes while they are getting their heads rammed into their bus seat just like the kid is this trailer. Who are we really protecting? Are we protecting kids from indecency?...I think not. More it seems an arbitrary application of a rule that has no connection to the modern world.

Any parent who takes the time to see this movie with their kids will have a lot to talk about. And I hope that your child doesn't have a story like this one to share. But if they do, listen and take it seriously. The only way things really change in a practical way is when all of us take it seriously and refuse to accept it anymore. It takes parents, school officials, the kids who stand by and watch it happen, and those of us who made it through. It takes all of us.

I hope to watch this movie sometime soon...and I'm sure I will cry through a lot of it. My husband is always happy to point that out. But I would rather take his teasing then to have missed out on loving him becuase I did not think anyone could love me. Just pass me the tissues. The film was released on 3/9/2012 and if you're trying to go see it and save some money while you're at it, I suggest you buy your tickets off here with discounts for Amazon. There are plenty of bundle deals on tickets! 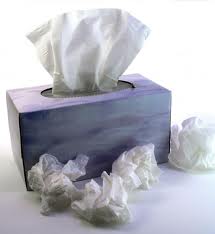