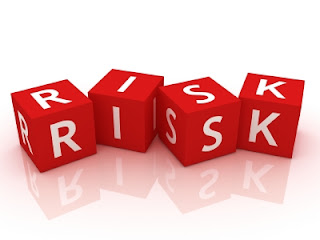 
When Baby Boy came back into our lives this last Christmas we knew that the intention to adopt him came with a lot of risks. The first we considered was the effect this would have our our two children, Daniel and Selena. We also knew that Baby Boy was still in reunification with his mother and that she could very well  get him back.  For those of you who don't know what that is...

Concurrent Planning:
The county, when removing a child from their parents for abuse or neglect must give the parent every opportunity to clean up their act and become a fit parent in order for their child to be returned to them. In the meantime, the county is ideally pursuing two courses of action. They work to provide a safe place for the child and provide visitation between the child and his parents as the parent works any programs they need to in order to correct what ever problem they had. Parents we encounter most often are in drug treatment programs. they may also be requited to complete parenting and/or life skills classes as well as show that they have employment, safe housing, and emotional stability, before a child will be returned.

At the same time that all this is occuring the County attempts to find a family to serve as the childs potential adoptive home if the childs parents fail the family reunification process. It is their responsibility to not only provide for the child they wish to adopt..but they may also be asked to take the child to visits with their parents as a part of supporting the reunification process. The whole thing is called concurrent planning and it's meant to have a safe a stable home in place for fost/adopt kids no matter what happens with their birth parents. On the surface it seems a great plan...when all the players are doing their parts. 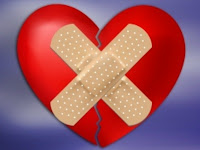 Because Baby Boy had been in such bad shape before, the county was ready to end moms reunification services and free Baby Boy for adoption. BUT...since it had been determined that the reason for Baby Boys dire condition was the abuse he was suffering from the family members taking long term care of him...they were extending mom's reunification services by another six months, increasing her visit times, and possibly letting her have unsupervised time with him.

This came as a blow to Jay and myself. As Baby Boys mom gets more and more time with him, we have to come to terms with the fact that one day soon he may be back with her. That is hard for me to take and every kiss, every giggle, every cute thing he does makes it harder and harder to consider giving him back. His mother had been arrested for weaving all over the road under the influence of drugs with him in the back seat with double ear infections at 3 am in the morning. she has already failed drug treatment at least one other time that I know of. The thought of giving him back comes not only with the pain of losing him...but also the fear of giving him into another situation where he could again be hurt. What if mom gets him back and then takes off with him out of county, relapses...and gets Baby Boy taken away again? Would that county even know that we would be standing by ready to take him right back? Would they even consider us?

It was not like this with Daniel and Selena. When adoption process was being explained to us by our agency, they also let us determine the amount of risk we were willing to accept. At that time we had decided that we did not want to be considered for children still going through the reunification process with their parents. We wanted to focus on children who had already been legally freed for adoption. That choice limited to pool of kids we could be matched with substantially...but knew that we didn't want to risk that attachment only to see everything fall apart. Our social worker explained to us that it meant that it could possibly be a long wait for us but we were OK with that. In our minds it was better to build a family that would be permanent then to have everything torn apart by the vagaries of the courts. So we settled in to wait. Luckily for us..we were matched almost right away. Daniel and Selena's social worker reached out to us as a potential match for them and the process of adopting them was completed six months later. That is astoundingly fast in the adoption world and we were very lucky. Perhaps it was meant to be.

With Baby boy, everything is happening unplanned. We thought our family was complete with the four of us and though we talked about the possibility of potentially adopting again if the right situation came along, we didn't really expect it to actually happen...or this quickly. Baby boy stole our hearts and we had to give him back. When he then came back to us again it felt like it was meant to be...and so we allowed ourselves to really attach  to him without reservation. And now his mom is succeeding with the substantial help of her tribe to the point that he may be spending prolonged periods of time with her and  I am standing here heart in hand and realising I am learning the lesson all over again. If he goes...we have to let him go. If I love him, I need to let him go to whatever his life is meant to be. Perhaps he will come back again...hey, it's happened already hasn't it? It is hard to love someone and hold them that lightly.

The darker side of this is the part of me that hates myself for wanting his mom to screw up...those are my secret selfish thoughts and I am ashamed of having them. First because I don't want to wish someone so hooked on drugs that they can't find their way out...and second, because she is his mother and loves him in her own way too. I know the argument that if she really loved him, she would be a better mom...but I also know that if Baby Boy stayed with us, there would be another human being out their looking at the skies at night and wondering how he was doing and if was happy...just like I would be. I guess somethings in life we just can't reconcile and so we need to let it be and trust that things will happen the way that they need to.

And so here I am again...learning to hold  my heart out to Baby Boy and let him be a part of our heart and a part of our family...with the clear knowledge that he may leave. And though that will come with a great deal of hurt...to never close the doors of my heart, to him or any other child who might need a safe place to land. No one said life...or parenting...would be easy, but I hope I am getting the lesson right this time. 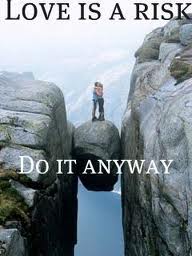