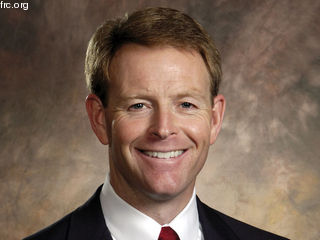 
It seems that their is a certain level of discourse in this county, that is acceptable when talking about LGBT people and points of view that are presented as fair opposition that would be regarded as bald-faced racism or sexism if the same arguments were made against women, religions, ethnic or racial groups. I am perplexed by this. Why is it still o.k. to hint that allowing gay marriage will lead to the breakdown of civilization....why is it o.k. to insinuate that gay kids commit suicide because they knew deep down that they are deviant....why was it o.k. to make the direct accusation that straight soldiers would be raped if gays were allowed to serve openly in the military? All things that Tony Perkins has said in churchs and in print...but a message he shy's away from on television in order to preserve the image of being moderate and merely "concerned" with what he spins as the "radical gay agenda". A term that has been used to hurt the gay community for generations. 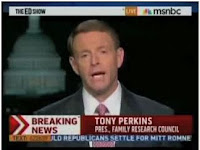 Is it free speech...yes...and the FRC has every right to spew it from any news show that will give it five minutes and a microphone...but why are they being given that five minutes? Tony Perkins, Peter Sprigg and the organisation that they represent can be quoted saying things that are dangerously hurtful to the gay community to things that are absurd to the point of near comedy...as in the time that Sprigg said on air that "he would much rather prefer to export homosexuals than import them"...

Seriously....would anyone say this about any other group of people and keep their job intact?!....hell no...but say it about gays and you will get a slot on a major news network. But how is it that The family research council gets to testify in congressional hearings when their only qualifications happen to be that Tony once served in the marines and now works for one of the single largest anti-gay lobbying orgs in the U.S.?   How is it that no matter if the discussion is about work place protections, immigration, marriage equality, or even just bullying....Tony is the guy that MSNBC gets to be the voice of moderate opposition when they know dam well that he and the org he represents are anything but?

I think that answer to that is because they think he fits the chair...and that is why the FRC pays him to be their face to the public. Tony Perkins carries off the handsome dad-next-door image that they think will strike a sympathetic cord with the public. He practically exudes the patriotic vision of America that a large part of the public wants to believe in....and so, through a polite smile he can tell the public that, "gay kids kill themselves because they know homosexuality is abnormal."...and next week MSNBC will ring him up and ask him to appear on Hardball opposite an HRC representative to discuss gay marriage in a manner that is supposed to appear as if it's a balanced debate between rational Americans....except that most of America may not know of Tony Perkins and FRC's other doings. The difference is though...that MSNBC does and I don't believe that they do it to show what crack pots they are. I think they really just can't find anyone who is actually reasonable or moderate and so they call on Tony, who is only too happy to respond.

The reality is that Tony puts a socially acceptable face on the utterly illogical viewpoints he and his org represent. Just like Maggie Gallagher and NOM, they operate under the guise of being moderate, when in fact their arguments have not a shred of actual fact or even one concrete example of how allowing gay people to fully participate in society will harm it any way at all. Theirs is a strictly faith based point of view based off their interpretation of the Bible. But instead of opposing it wholly on those grounds, they manufacture phony consequences propped up by long ago disproven junk science in order to scare the public into seeing us as a shadowy menace. It is in this climate that gay people grow up...and it is no wonder that they come to think of themselves as being unacceptable and taking their own lives. It is because of the work of the FRC in schools and churches that parents kick their kids out into the street when they come out to them

What I have given here is a small example of the terrible things that the FRC does in it's work against LGBT people. The list of horrible comments and anti-gay activism on the part of the FRC is quite extensive.  Theirs is not a moderate opinion of opposition...they are among those who want the gay community gone and a return to a 1950's version of America...McCarthy style. This is exactly why they have earned their designation as a hate group. Knowing that about them, we can expect them to say the very things that they have. But...I believe that in an effort to portray debates on gay rights issues in a fair and balanced manner, the network has a responsibility to the message they promote....and allowing the FRC a platform time and time again, legitimizes their messages...even the terrible ones they would prefer not make it on the news...like the fact that they consider the gay community to be "In the grip of the enemy "(I.E. the Devil) and that they endorse reparative therapy....and yet Tony Perkins was still asked to testify in congress against DADT. It blows my mind. 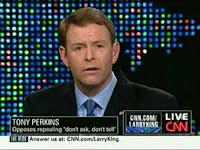 If those facts were known about them by the public at large I bet their phone would ring a lot less...Perhaps Tony gets that chair on the news precisely because their is no one else that can carry off the image of mother, apple pie, and patriotism, while at the same time spewing lies and hatred, without looking utterly rediculous. But his image is a false one...and so is the FRC's message. And so I ask all my readers to share the video at the top of the page. Since the networks that tacitly approve of Tony Perkins message wont be responsible for telling the truth about their work it is again up to all of us to get the message out. We do not find it acceptable  to present groups like the FRC and Tony Perkins, who everyday work to take away the rights of their fellow citizens and to further demoralize and devalue the lives of gay people everywhere, as fair or responsible journalism. I personally find it no more acceptable to host them than to host white supremacists. So please like the video, share it, +1 it, share it to Facebook it....get it out to the world. lets show them the real face of these people who bend the ears of congress and through smiling faces work to make sure that we have no place in our own society. Tell MSNBC and CNN that we wont accept this as "resonable debate" anymore than we would about any other group of people. 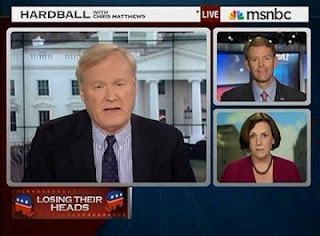