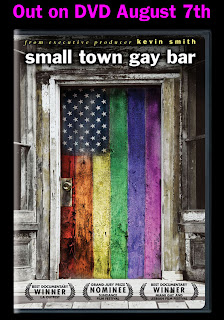 Hello everyone,....I was not sure how to title this post...being that it will be part movie review and part remembrance of a place that really aided in my coming out. However...

Recently, my husband and I watched Small Town Gay Bar, a documentary film about two gay bars in rural Mississippi..Rumors, in Shannon...and Different-Seasons in Meridian. Even though the movie centers around these two bars, its wider story is about the roll of these bars in creating a sense of community in a place where there would otherwise be nothing but naked hostility and homophobia. The bars serve as dating hub, safe zone, and community center all in one. The patrons of the bar, who often have to live their everyday lives under cover, find a place to be themselves and to connect to a gay self that can find expression no where else. That small piece of freedom comes at a price though, as they are only safe within the doors of the bar. If its not "family values" people writing down their license plates numbers and sending them threatening letters to their homes...its people harassing them in the parking lots, or law enforcement looking for any excuse to shut them down. Its a story told less about the bars themselves and more about the people that give them life...and like life, its sometimes sad, sometimes triumphant...but always changing.

It made me remember a place that was both refuge and coming out catalyst for me so many years ago...The Santa Rosa Inn. Today, I have no pictures to share of what it looked like, but they could never do justice to my memories..nor to the roll this place played in my life...

I had known about the Inn for most of my teenage years...long before I was out to myself. It was way out on the edge of town next to a 16 wheeler refueling depot. It was nothing to look at, being a typical box punctuated by a couple of windows. It sat back from the main road on a dark side street and  had a high fence that ran the complete circumference of the property to protect its customers. There were no big flashing signs like there was for the straight strip club or the porn shop down the road...you either knew where it was or you didn't. But as with all things labeled scandalous, word gets around. Even my 16 year old closeted, homophobic self  knew that was were the "gay guys" went. What I didn't yet know then, was that I was one of them. Also...as with all things "scandalous"...even though I looked at it with contempt, I had an intensely curious and magnetic draw to it.

Flash forward to about age 22... I had finally come out to myself and was looking for ways to explore what being gay meant. Also I really wanted to meet someone. I had a great deal of sexual curiosity and even more religious inhibition to go with it. I knew the Inn was there...and with it my first links to a gay world I needed but I was too scared to explore on my own. My head would fill up with fears of predatory men, getting beat up in the parking lot...or worst of all my irrational fears, that my Dad would drive by, see my car, and life as I knew it would be over. I wanted to reach out so bad... believing that everything I was looking for was in there, but I was too full of my own fears. Fortunately I had a good female friend who opened that door for me. 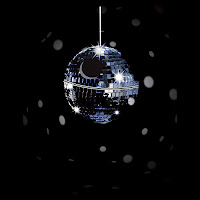 Inside, the bar was everything you would have expected in a small town gay bar. It was a small ramshackle building with a tiny dance floor that was host to the occasional drag contest, bare chest competition, or beer bust. There were bright strobe lights...music so loud it made conversation next to impossible...70's vinyl chairs...year round Christmas lights...an ancient cigarette machine...and a two foot tall statue of Michelangelo's David behind the bar(don't all gay bars have one of those?). Being the only bar in town, its clientele where a mix of every stripe of gay imaginable. The bears and lesbians vied for space at the pool tables...leathermen mingled with college kids and the older customers who probably occupied the same bar stool every night...and the dance floor belonged to everybody. As seedy and stereotypical as it seems in hindsight, in my eyes it was like going down the rabbit hole to Wonderland.
Its a debt I owe to to my friend Rose for being my trailblazer. She was their every weekend dancing with her entourage of gay male friends partying it up and being as catty as possible. Under the guise of being one of her "straight" friends I very cautiously went with her. I was so scared then. I wanted to look at the men but couldn't make eye contact because I was afraid they would see right into me...some did anyway. But with Rose as my guide, I drank..danced..and I got an education I sorely needed. I never met a boyfriend there...nor a hookup. I couldn't have handled it then. But what I did get was my first view of who gay men really were. I saw all different kinds of people that didn't look a thing like I had been taught they would look. They looked just like anyone else. I saw all kinds of people. There was also alot of laughing...alot of dancing...and the sense that it was o.k. to be who you are. All of these things were liberating for me and totally destroyed my previous view of what "gay" was.

After I officially came out, I continued to spend the odd furtive night there with my friend Rose...and later with my first boyfriend, who I met elsewhere...and still later with the man who would become my husband. The Santa Rosa Inn was the landscape and backdrop for many of the major events of my gay life....It was with heavy hearts that we watched it close when the owner decided he was tired of running it. The closure of the Inn left the gay community here without that meeting ground for coming out, camaraderie, and community. We thought of buying it and continuing to run it but it was too much for us then.
Even today, more than fifteen years later...we still do not have another gay bar. There have been a few "gay nights" at various bars, but none ever caught on as a regular thing. To go out we either drive to neighboring Guerneville, which is a twenty minute drive through dark, twisting, forested roads...or you can take the hours drive to San Francisco. Neither option being desirable if you plan to drink or just want to casually hang out somewhere.

In talking to others its becoming clear that gay bars everywhere are dying a slow death. It doesn't matter if its a big city or a small town, the  bars are slowly disappearing. With the Internet making it easier to meet people online, the need for a physical meeting place has waned. To me this is a sad thing. Many bars that have been open since before the stonewall riots have closed their doors...that's a piece of our history gone in an instant. These places not only served as the gathering places for gays and lesbians for many many years...they were also the places where many of us discovered that we weren't the only gay person on the planet. They helped create and maintain a sense of community among those who felt alone in a hostile world. I may be romanticizing it all a bit, but I think the Internet can never fully replace that.

The next generations have a handful of online resources that I could not have dreamt of. They and their peers regard sexual orientation as alot less of an important factor than they did when I was coming out. Also, if they don't live around or know any gay people, than they can hop on Youtube to see real gay people of all shapes and sizes telling real stories about real lives. They can social network with other gay people miles...and whole continents, away. They can meet potential boyfriends or just talk to people like themselves while they work out what being gay means for them. They don't have to sneak into the darkened parking lot of a bar and fear being caught by someone they know ....and they don't have to wait until they are twenty one. Also, none of this takes place in a secret hideaway but in full view of anyone within range of a keyboard.

All of these things are good things.....but I miss that bar. I wish I didn't have to drive half an hour to have a beer and hold my husbands hand in public. I miss having a place to go to be around other gay people and know that we are not alone here in our sleepy suburban community. A safe place....A place that's ours. In a town so close to one of the gayest cities on earth...and a town with so many gay people, you would expect that right?

Alot of people say they are not the "bar type". That's a sentiment I understand but these places have never been just about drinking or finding sex. They have been so much more over the course of our history. To lose any place were we can go and feel same around others like us is kind of tragedy in my opinion. If you still have a place like this is in your community...go and have a drink. Take a look at the people around you  and appreciate this as the safe place it was and is for people who had no other outlet. Some day soon that place may be gone.

I know its been out for some time..but also check out Small Town Gay Bar. It was a great movie and a slice of our life that's slowly sliding into history.


Until next time dear readers...cheers! 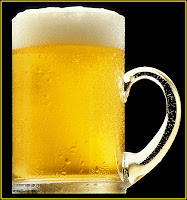