"Gay activists are going Green, going Republican, and in some cases not planning on going to the polls this year at all."

So begins an article at The Advocate discussing an Associated Press article on how LGBT's are likely to vote in the upcoming elections, given our anger and disappointment at the Democratic party for their lack of follow through on their bold election promises to be "fierce advocates" for the gay community. Big promises were made...but little was actually delivered, prompting many of us to consider withdrawing support from the Democratic party in order to send a wake up call...."If you don't support us, we wont support you".

Strangely, for a minority group so easy to ignore outside of election season, we are being credited with the ability to tank this election for the Democrats singlehandedly. How is that possible? Also, aren't we painting with a rather large brush here? LGBT people come from a great many political persuasions and have a variety of reasons for their voting habits....And furthermore has not the White House earned that ire?


Consistently, the White House has promised ithey are on the side of equality. They have promised again and again that they are doing "all that they can" to amend the situations that symbolise the second class legal status of gays in America. DADT stands as a shining example of this.

Democrats delayed a repeal because they deemed the country had far more pressing matters to deal with....like passing several stimulus bills and health care compromise ...reform. Fair enough. Then we were put on the back burner again as memo's were leaked urging lawmakers to avoid "controversial bills" Then, when the first rumblings of discontent began to be unavoidable...The compromise bill was drafted, stating that a repeal could occur..IF... the Pentagon was allowed to complete a study of the Troops opinions and evaluate how best to implement the integration of gays...(who are already serving alongside their straight fellows)...but I digress.

An element of that compromise bill was the actual legislative repeal, which we were told had zero chance to be passed on its own merits and therefore MUST be attached to a piece of legislation that the Republicans dare not block...The Defense Authorization Bill. Well....we all saw what happened there. For the the first time in 60+ years, Republicans did block a vote on the bill with the help of a filibuster by John McCain and an absolute lack of lobbying support by Democratic leaders. Their sure thing proved to be anything but......yet we are still stuck with the intrusive and insulting "study" being done by the Pentagon.

Finally, comes the possible death blow to DADT..not from the legislative process...but through the judiciary as Federal Judge Virginia Phillips rules that DADT not only hurts military readiness, but also violates gay troops constitutional rights. The next move of the same administration that claimed to fervently want DADT abolished was to dig its heals in and steadfastly resist the federal court ruling. Siting a hand full of ridiculous arguments and insisting that DADT must be abolished legislatively, the Department of Justice filed for several injunctions on the ruling to allow discharges to continue unabated. 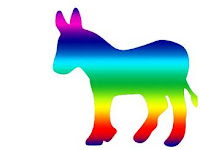 To add insult to injury: The White House has been so embarrassed by the federal court ruling that in a meeting held today with gay rights organizations discussing repeal of DADT...it was made clear to attendees of the meeting that any discussion of the federal trail was not tolerated. Here is a portion of the Email sent to meeting attendees via The Advocate...

“Obviously this meeting has gotten out. We are expecting the content of the conversation today to be off the record and to help us figure out how to move forward with the lame duck session.


Also as previously mentioned, there can be no discussion of current court cases or legal strategy or Counsel’s Office will end the meeting. The focus is repeal and the lame duck session. This is also a non-partisan meeting where we want everyone’s help.”

...Unless of course that help includes pointing out how we not being consistent with our promises.(oops...sorry. couldn't resist)

This is the sorry path that the DADT repeal has walked on its way to a slow and painful death...not at the hands of Democrats, but at the hands of the courts. This piece of legislation is only one of many that Democrats have dropped the ball on..or deliberately scuttled. The Obama administration has also come under fire recently for cutting HIV/AIDS funding,Defending the Defense of Marriage Act, and the the Employment Non-Discrimination Act?...dead, with no hope of resuscitation. This Administration has gone out of its way to support the policies it claims to oppose.

Is it any wonder that some in the LGBT community are considering other options this election season?

Yet to do so is to be branded and instant traitor progress...by the President who admonishes that we are "irresponsible" if we do not vote Democratic... to other LGBTs and progressives who claim that any deviation from voting Democratic straight down the ballot is a stab at the heart of gay rights progress. And my personal favorite...the tone of the AP article above that suggests that "angry gays" will sway the elections....WTH?!!

IF...Democrats lose that badly, how is that laid at the feet of the those of us exercising our right to vote our conscience?...especially when they do anything but support us....and we are supposed to support them in order to be considered good gays? All because they think they hold us in the bind of.."Well the republicans will do worse". We know they will..but that does not equal an automatic Democrat vote.

My beef with this is twofold...one, in blaming disappointed LGBTs for Democratic losses...losses that they have earned....and earned on issues above and outside of gay issues. How many voters are disappointed with their cave in on health care?....or upset that the wars are NOT over?...yet we will somehow be responsible for tanking Democratic hopes of sitting on their thumbs for another term? I don't think so....If we had that much power, we would not be in the position to be this disillusioned in the first place. If we had that much influence we would have seen much more action and support from Democrats is the first place. Instead, they basically ignored us this term....Until we started making noise.

Second...voting Democratic down the line just because you gay is to shut your eyes to the real actions of the people you are voting for. Why must we check our opinions and reason at the door of the voting booth? Did the founding fathers fight and die to ensure that we only ever have the right to vote one way?...or for that matter, only to have two equally awful options? Part of the problem most of us have with modern politics is that we commonly have to chose the lesser of two evils. We see no other option. We polarise ourselves  between conservative and Liberal...yet the men and women who espouse those concepts look more alike every day. We MUST exercise our ability to think and choose independently before we lose it altogether. 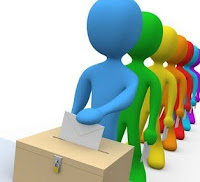 For myself...I have not decided how my vote will fall next week. I am not advocating that we all go out and vote Rebublican. Nor am I advacting staying home. My husband and I will vote...and it will NOT be driven by others shaming us into voting party line...or solely by our disappointment in this administration. I will take what reason I have with me into the booth and make my choose based on my own conscience, thank you very much....and if the Democrats fail? They do not get to lay that blame at the feet of LGBT people who have done nothing but stand up for their rights. And to those who claim that not voting for Dems harms the long term health of gay rights...perhaps...but also does accepting being treated as a disposable vote.