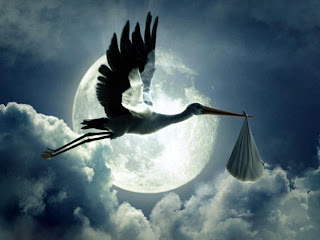 Well dear readers, it seems that life is bringing me full circle again. Many of you may also watch us on YouTube, and if so...you know that there is a new addition coming to our home. Way back in February of this year I  blogged about a little boy who was placed with us that I had dubbed "baby boy" since we can not put him in print or video. On the first day he came to be with us he had two ear infections and a whole lot of fear and neglect issues and so he cried every night....for hours. At that time, it made me wonder whether I had the chops to handle being a foster parent. But as time went on, his medical issues cleared up and became the cutest little baby I ever could have imagined. Sadly though, the time came when social services found a family member willing to care for Baby Boy while his mom could go through drug treatment and the family reunification process. We were sad...but we also knew that this would be a part of emergency foster care and we thought it was good that he would be with family......And so Baby Boy left our home to whatever the future would hold for him. All of us shed a few tears as we said our good buys.

Except....that the future that he went to wasn't as bright as we had hoped and it seems that Baby Boy is returning to our home today....


Social services called us just a couple of days ago with Baby Boy in a bay area childrens hospital. The information we got was sketchy and unclear...as it often is when the case if first unfolding and information is being filtered through four or five people who are working in emergency mode. We were told that he had one broken arm and possibly a second...and that he was removed from care because the family member had been making allegations that he was hitting his head against a wall and throwing himself against things. He claimed that Baby Boy had cerebral palsy as a way of explaining why Baby Boy would do this to himself. However, the injuries present did not match the explanation given by family and so Baby Boy was removed from them for suspected abuse and an emergency call was placed to us to see if we could take him back. In the mean time, doctors testing  him for Cerebral Palsy, Brittle Bone syndrome, and Autism among a bunch of other things in order to determine whether  the claims of Baby Boy's family held any truth.

Now...I had really bonded with Baby Boy. He was never far away from me and as time had gone on in his first placement with us, it was getting harder and harder to let him go. So when we got the call and I heard what his family had been doing to him, I had only one immediate thought and that was that if he came back to our home, it would be to stay...for good. I know, that's getting the cart before the horse and there was so much more to consider...but that was my initial gut reaction to the news. After the shock and anger wore off...other thoughts and feelings began to work their way into the mix....

Like.....It's just past Christmas, and we were breathing a sigh of relief that the holidays had passed and perhaps we could relax. Also, we still have the two children placed with us that came right after Baby Boy left. This was our limit and we didn't want to have five kids to manage. And on top of all this, social workers were telling us that he might have two broken arms AND autism......holy cow....just thinking of it all from that perspective was enough to knock me back in my chair.  Can we do this?!.....With two broken arms he will need everything done for him just as if he were a newborn infant. And if I am thinking about possible adoption or guardianship....Is autism something we can take on?.....Are we nuts to be considering this?! And the biggest question...How were Daniel and Selena going to feel about it all? 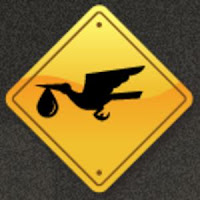 I admit to feeling a little sick to my stomach remembering every time I handed Baby Boy off to to the family member who did this to him. I went to those visits looking for signs that anything could be amiss and I saw nothing. They had a nice home and three kids of their own that all looked happy and well cared for. There was nothing that would have indicated that this family member was capable of doing something like this to him. And even a veteran social worker who's job it was to investigate the home and determine its suitability saw nothing.  And yet...here we are after a few months of what must have been hell for this little boy.  I know I am not responsible for what his family did to him...but I wish I could have seen this coming. I want to take him back and never let anyone hurt him that way again.  And on top of this...there was also the nagging fact that we had no idea if Baby Boy we still going through reunification with his mom......Crud...this situation just seemed to get more and more complicated the more we thought about it. Here I am thinking adoption thoughts and that may not even be a possibility.

There is so much to be afraid of. So many reasons not to do it. So many boogie men to be afraid of. But when I remember Baby Boy as I knew him this last spring all  I could remember was his bright smile and toddler mischievousness. He was this tiny little package of cute with the eyes of a very old soul that had already seen too much. If he has autism...he had it then too. Yet all I could see were his giggles.

So we sat down with Daniel and Selena and told them the situation. They are old enough now to hear it now without sugar coating it and they both had really fond memories of this little boy. I was mostly concerned from Daniel because he has been my only son. I did not know how he would handle having to share that with another. We always joke with Daniel that he is our favorite son...to which he indignantly replies, "But I'm you're only son!" And yet as we explained the situation both kids hardly let us explain it all before they were getting excited at the prospect of having Baby Boy back with us. Selena whooped with glee and Daniel gave his best "I wan't to be a sullen teen but I'm not really yet" seal of approval.

But then there was still me....I has gotten used to the idea of our family being just the four of us. Why did it make me feel sad to consider adding one more person to that mix? I guess I am the one with sibling issues because I guess I was feeling like I was betraying all that I had promised to Daniel and Selena by bringing in a new child to our home and wanting to make him my son. Silly eh?...love doesn't work that way and I still was not even sure if that kind of situation was a real option yet. Baby Boy's mom could still pull through and he would be out of our hands again to another uncertain future.

So many reasons to be afraid. But In the end...none of them were good enough.

And so...after so much deliberating and wondering about unknowns...Jay and I came to the conclusion that all the what ifs were stonewalling what we already knew...and that was that we would take Baby Boy and see what comes. We may well be crazy, but that's never stopped us in the past. Why let it now? And so....the runway lights have been lit for the stork to make his return trip today. Baby Boy will be coming home today. I hope he gets to stay....but that future is still uncertain. 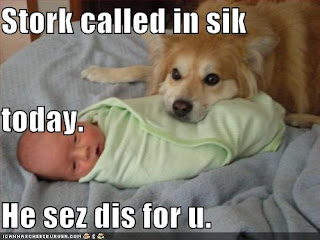