Gay Activism Steps It Up

Not to Long ago in a previous post I mused that the future of the struggle for gay rights will have to move beyond the tactic of politely asking the powers that be for our due civil rights and on to more assertive forms of civil protest. Now, with Dan Choi's arrest, the topic is all over the net. 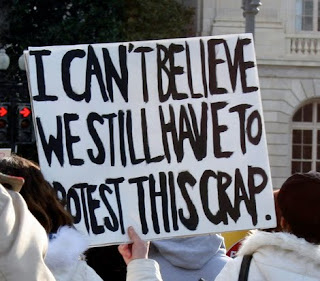 Yesterday Lt. Dan Choi and Capt. Jim Pietrangelo, in protest over DADT, chained themselves to the WhiteHouse fence. On the surface Dan Choi and Pietrangelo's actions in chaining himself to the Whitehouse fence seem an ill timed gesture. The Army had just let him back on active duty and suspended his discharge. Are the lawmakers that pushed to get him reinstated feeling a bit upset by his actions? In addition, Congressional hearing are taking place discussing the need for a DADT repeal and public opinion, by and large, is with a repeal. Making lawmakers upset at this stage in the game may erode what little support there is in congress. Not that he should cease advocating for what he believes in but chaining yourself to the Whitehouse fence is bound to make you more enemies than friends...not the least because it can be interpereted as showboating in an effort for Lt. Choi to get his name back in the news.

But dialing our view back from the specific event of Dan Choi's arrest alot more took place on that day.


An additional protest was undertaken by Robin McGehee of the recently formed GetEqual, who reportedly stormed the Washington D.C. and San Francisco offices of Nancy Pelosi demanding the Employment NonDiscrimination Act be brought to a vote...rather than dying the slow death that is its current fate. The claimed that they would refuse to leave unless they were arrested....wish granted...they were and Mcgehee was reportedly released with a $35 fine. 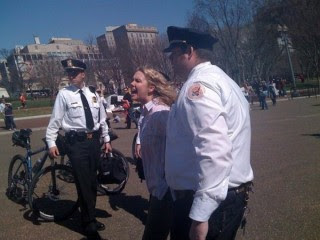 Choi on the other hand was carted off by the secret service and held without bail or phonecall. Both men also recently went before a judge where they pleaded "not guilty". Choi is quoted as saying to the judge, "Not guilty, not ashamed, and not finished". While it is not been said that these two protests where an any way linked...both sides have thrown their verbal support to the other.

Gays and activism have been no strangers to each other over the decades. The roots of pride marches and pride parades began as a form of peacefull demonstration. We've been raising our voices in protest for a long time now. Whether its angry outcry over the treatment of the AIDS epidemic and its sufferers or Hate crimes laws, equal housing, reforming emmigration laws for LGBT people, marriage equality, Employment discrimination...or a whole host of other issues...we have alot to fight for and a great need to make out voices heard. 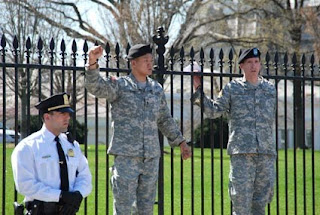 But this is a notch up from vocal protest to civil disobedience...my question is, "Is this an isolated event or only the beginning of a larger trend by a community that is getting tired of talking...getting tired of promises never kept?"

Only time will tell if there will be more events like these...but I will be watching this trend more closely...as will, I suspect, the very people who fear such things...the lawmakers who do everything in their power to avoid negative public perception.

While I have not chained myself to any fenced recently I actually give my support to both of these people for putting their butts on the line when many others wont. Regardless of what judgments may be made about them by others who view their actions negatively. Choi, Pietrangelo, Mcgehee and GetEqual just brought a form of pressure to the game that is sorely needed. Without that kind of pressure and public visibility lawmakers are never going to feel any need to act on the promises they make..because theirs not consequence for them if they don't. They need to feel the fire under their feet a bit...so that why I give my support and hope we see more nonviolent protests. We should not be silent...or well behaved while they continue to ignore us... 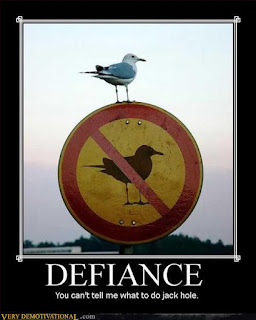