What Is "Gay Family Values"? 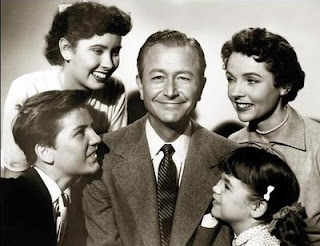 This week Jay and myself Filmed a video for Youtube that tackled the issues of monogamy and crushes. It was a terribly hard video to make...mostly because Jay really had something he wanted to say and I am reticent to be as forthcoming as he was on a topic so intimate. That fact came across in our video as we did not edit out a disagreement between Jay and myself. So...long story short...viewers got to see a side of us they don't normally see. For being this candid we got a great deal of positive feedback...but also alot of shock and some negative response...and many questions. It was shocking for people to see us in this manner. Which brings us to my point, "what is gay family values?" both as a concept for life and the meaning of our Youtube channel? See the video and read on after the fold...

A question we get alot from people who wonder why we had to insert the word "gay". Aren't all family values the same? Well of course they are....but the reason why we initially chose those specific words for out title is because the term "Family Values" had been used to bludgeon the gay community for so many years..it was time to take it back. We wanted to show the world that gay families have exactly the same sets of values, triumphs, and tragedies as all other families do....and we make the same mistakes. Thats a part of being human. Thats a simple point that certain conservative and religious groups want to downplay when using the term "family values" for their own political ends. They would cast themselves as morally superior..and gays as subhuman creatures motivated only by our baser instincts.

After Prop 8...Jay and I had had enough...and so we decided to take back the term and show the world what a gay family really looks like and how it functions. We knew there would be people that needed to see that...we just had no idea how many. The response we got was overwhelming and we saw a clear need to continue showing our family. 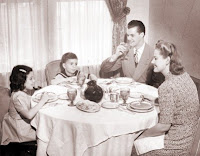 That said...alot of people still attach that same sense of moral superiority whenever you put the words "family" and "values" together in the same sentence. It smacks of fundamentalism. Even if you insert the word "gay" in front. Thats why some of queerty's commenters feel comfortable in referring to us as the "Fun-damentalists" or gay Gosselins. After a while, Jay and I found ourselves being concerned that people were getting a distorted view of who we really were and what our purpose was. We are not the Brady Bunch, The Waltons, or any other t.v. family that presents an idea of nuclear family perfection that doesn't reflect the real world that we live in. We just wanted to show that a family with two dads or two moms doesn't look or function any different than one with different-sex parents, that children of same-sex families grow up just fine..and the big point...voting to ban gay marriage is not voting on an abstract biblical concept...it has a direct impact on our families and children like ours.

One commenter from the video offered dissent:

I think as a couple in the limelight they should be true to﻿ their persona. They call themselves "Gay Family Values" The 'Values' should be what they talk about, not the flaws. They're here to do just that, appear to have nothing but values, I know they're not perfect, no one is, but that's not why they're here. They're here to preach values, again. I cant stress that enough. If they want another channel to vlog about immorality then awesome, but dont ruin your existing purpose.

If you're about "gay family values" U should stick 2 that & not necessarily B honest & reveal UR flaws. noing UR a cheater kind of ruins UR image in my Iz at least. B4 U guys could appear 'pure' so 2 speak now UR no different than da next. I don't no I think this vid was a bad call. Its not dat u have 2 live perfect but 4 da young u should appear 'pure' SorryBoys

Life is not like an episode of "Leave it to Beaver". Its messy....and along way we make mistakes. Some of those experiences we regret, some we don't because they taught us something valuable. Thats just the reality of life. To show anything else is to fabricate an image of ourselves that would be false. And..I know... this is a loaded question in this day and age, when every image you see on t.v., print media, and political adds are essential  carefully constructed and totally fake images but...Why would you want to look up to a person who wasn't representing their true selves? Isn't that being willfully lied to? Purity is not what happens when we deny reality..its what happens when we face it and come to terms with it.

In addition...We are only one same-sex family. There are hundreds of others out there doing the same thing we do everday in raising our kids. We're just the ones putting our business out there for the world to see because we hoped it would make a positive change in the world. That doesn't mean that the way we answer lifes challenges is the way other families would. One of the goals we had at the outset, was to encourage those other same-sex families to tell their stories as well and widen the worlds view of what it means to be a gay family...because ours is but one of many. To date, this has been slow to happen...but it has slowly begun to take hold.

Moving on to the infidelity issue that seemed to throw so many people for a loop...One constant throughout my life that I have been forced to face, is the fact that I am not a perfect person. All of us, at some point in our lives, do something that we never thought we were capable of doing...and I am no exception. That changes not only the way you look at youself, but the people in your life as well. Both incidents happened a few years apart and with entirely different people. Jay came to me immediately both times, plainly tortured by what he had done. I had never faced this before so I now had a set of hard questions to ask myself about what had occured and about the man that I loved. Does he really regret it? Is this a sign of something deeper...or soemthing wrong between the two of us? Is this the only man/time this has happened? 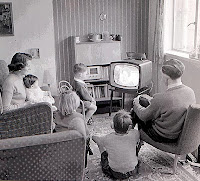 In the end it came down to two things. First was the fact that I had to admit to myself that if I was faced with the same scenario he was...what would I have done? Now...being the shy person that I normally am, I probably would have beat a hasty retreat...but maybe not...and that seed of doubt was enough to acknowledge that I was capable of the same acts. I could get just as easily carried away in the moment. The second thing that settled it for me is that Jay has always treated me with honesty and respect...sometimes more so than I have given him. Why should years of positive behavior be overruled by a moment of bad decision making? He didn't have a history of leaving me at home for unexplained absenses, no wierd emails, or bills for hotels....nothing that said these situations where anything but isolated incidents. Over the years Jay has continued to be a man who gives 110% himself to his family...all of his time, effort, and finances, focus....everything. As I said to another Youtube commenter who expressed surprise that I could forgive so easily...I regret not my decision nor one day with him.

So what is gay family values? The same as any other families values. Life is a tough place and through good times and bad, we face it together...with love, respect, patients, forgiveness...and sometimes an argument, frustration, and impatience. We do the best we can to learn, to grow, and to give each other the best parts of ourselves....even when we fall flat on our faces. And yes parents learn and grow in parenthood at the same time that their kids do. However, good or bad, we face it together because thats what a family does....we just had to put the "gay" in front of the title so you would be able to see those same virtues reside in all families...even the ones with two dads or two mommies. Until next time dear readers... 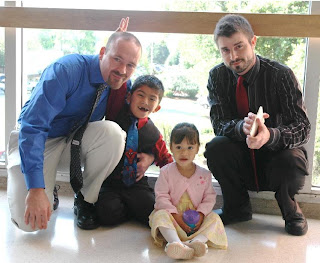