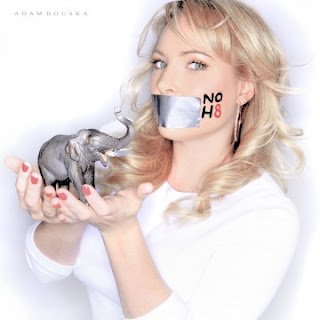 Meghan McCain is making me rethink politics again. As a young women and a Republican she is taking alot of very firm stances in favor of gay rights during a time when the Republican party seems to want unthinking obedience and ideological purity.  Most recently, McCain gave a speach at George Washington University that contained statements of definitive support for gay rights and marriage equality. In that same speach she claimed that the gay rights movement is "this generation's civil rights movement" and urged other progressive Republicans to speak out.

What to make of this?....A lone voice in the conservative wilderness?...or sign of changing times?


I, among many people have come to see the Republican party of late, as less of a politcal viewpoint that compliments and counterbalances more liberal views...to a party of rabid idealogues decrying the end of America if we all don't march lockstep with their conservative/religious agenda. That may be a bit extreme of an opinion for some of you, but for me this comes from a personal place.

As a teen, my family used to listen to Rush Limbaugh...somewhat obsessively...at that time, he was just beginning to build his media empire and becoming the voice of conservative hysteria during the Clinton administration. He made us all feel as if America was in danger of emminent collapse. I didn't realize how toxic the vitreol was until I moved out on my own It was like stepping out from under a very dark cloud. With some different voices in my life, it became possible to see that life, as I knew it, wasn't about to end...as right-wing pundits would have had me believe.....but that this was becoming a normal part of American political discussion. as sad as that is.

George W. Bush and the Limbaugh's of the world came to define what Republicanism had come to mean for me as a party of angry, vitreolic, and baseless rhetoric  and a party that acted in the interest of the wealthy few. They used issues meant to stir up the public and keep them focused on the horrible gays, abortion, gun rights, and terrorists so that we couldn't see what else they may be doing....like starting and botching an illegal war for example...or freely handing out cash to any corporation that shows up hat in hand(both DEMs and REPs). In short, they became masters at playing us, as Americans, off against ourselves. 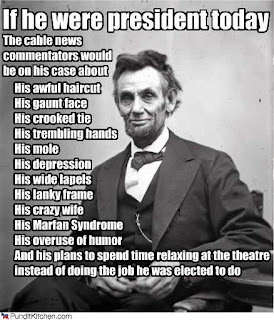 That behavior and the Republicans very anti-gay stance drove me into the Democratic party even though I didn't find much there to believe in either...they were simply less likely to legislatively attack my rights than the Republicans. The reality is that both sides seem more interested in preserving their power, priviledge, and corporate backing, than with effectively governing a country.

I also need to say that I seem to lump t.v. pundits in with politicians which  I think that has merit. Conservative and Liberal politicians alike are using t.v. punditry as a way to control public opinion...which makes them partners in crime in my view.

But how does all this relate to Meghan McCain?...well...

Meghan McCains statements have come with a great deal of backlash. Most of it from the usuall suspects within the Republican hysteria machine, who site that she is not a true republican at all. As if to be a true republican means you have to mindlessly repeat the same pundit spun talking points until your ability to creatively think has atrophied to the point of uselessness. I'm sorry...but this, "If your not with me, your against me" line is starting to sound a little like McCarthyism, the next generation. Since when did media figures get to control political debate? And when did it become o.k. to consider the opposing party as less than human?...which is the current tone of political discourse in America. We have become so stubborn in our beliefs that we have formed an idealogical divide in this country deeper than the Grand Canyon and alot harder to cross. Far from being complementary, our two party system has become a means to divide and control a populace that takes the opinions of t.v. pundits as the gospel truth and looks no farther.

But herself attacked by the same pundits, McCain makes a call for more open minded and civil discourse:

A breath of fresh are indeed. And maybe the first signs of the closing of a wound that never seems to heal.


"I am not saying let's just abandon the core ideals that the Republican Party was built on," McCain said, repeating it for emphasis. "I am saying make room for all of the Republicans, and let's start evolving with the times. We must evolve or we'll die."

To this I would add, that unless we stop seeing each other as the very architects of Armegeddon....unless we  learn that each side has a valuable role to play in American Government...AND...unless we learn that vilifying a section of the populace(gays, minorities, women)  in order to create a handy voting base is a  baldface manipulation for the sake of power.....we will fail as a country....Democrats and Republicans alike. we have mistaken McCarthyism for patriotism...again. This is a time when we need each other more than ever and standing apart from our fellow Americans and seeing them as somehow inherently evil means we will eat ourselves alive before any terrorist threat can get to us. 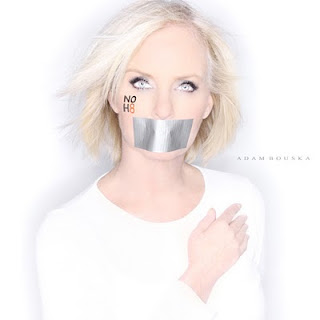 For her courage to speak her ideals freely, McCain and her mother have been attacked...both for their Ideologies...and predictably..their looks.

"All of the sudden I was too fat to be a Republican - yeah, that makes me feel good. Too fat to be an elephant," McCain quipped.

"It's hard enough [for women] to speak out for what we believe in, rather than having our physical appearance attacked in return," McCain said.

Prior to the speech, the George Washington Young Republicans pulled their funding for the event when they discovered that McCain was going to make statements in favor of gay rights. To which she called them out specifically during her speach. She is quoted as saying, "I do [support marriage equality], got that George Washington Young Republicans?"...now thats what I like to see, someone whos not afraid to own their ideals. Good on ya Meghan.

In addition to prespeech protest the GW YAF(Young Americans for Freedom?) held a protest outside which was also attended by REV. John Boyles of the National Organization for Marriage who handed out literature and tried to pretend as if his presence there was inconspicuous and coincidental.(yeah right, as if!)

Travis Korson of the YAF made a statement that highlights the rigidity of Ideology and obedience that the Republican party finds as "the one true way"..

"We want to protest McCain's version of 'Redefining Republicanism. If you're not toeing the party line then you're not really that party affiliation." 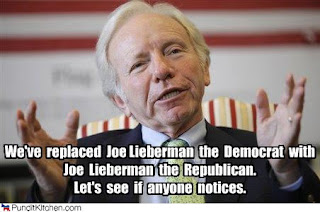 He does seem to be calling you out Ms. McCain....Rebuttal?

"You can support gay marriage and our troops in Afghanistan," McCain said. "Some here on your campus don't think so."

Will Americans be on the same page again someday? Its far too soon to tell. Politics has become war and that is all too apparent. I just wish my life and rights and a citizen ..or anyones for that matter...was not a bargaining chip in that war. Meghan McCains statements may be akin to the flush of new growth after a long cold winter but the ice has not thawed yet....now, her statements are not likely to make me consider joining the Republican party anytime in this lifetime....but they would make me consider coming to the table for a little thing we call...civil discourse.


To those who find this distastfull...I have only one thing to say... 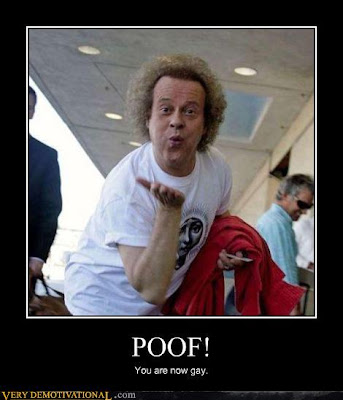