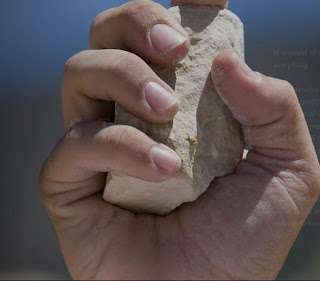 I wish I had better news to share.....Two men jailed for having sex and filming it on a cell phone are due for stoning tomorrow in Iran. Given my timezone(pac) it will probably happen sometime tonight. I know I can't stop it...probably none of us can, but neither can I let it slide by like it isn't happening.

The men, Ayub and Mosleh are 20 and 21 years old. The allegations against them abound, including allegations that they raped a third 17 year old. Of course they have also been accused of "raping each other"...a phrase that suggests that in Iranian law there is no distinction between consensual homosexual acts and true rape. The video found by authorities also contained images of Iranian President Ahmadinejad and the face of "Supreme Leader" Khamenei's face pasted over a donkey. The harshness of the sentence was justified as.."to instill fear in the people of Iran".....Like they don't have enough of that.

If any of the allegations made against these men are true, then this was less a simple act of imprudence and more a calculated act of defiance....but so what?...Stoning? I realize this practice is still used in instances when the religious authorities really want to make a point but the sheer brutality of this punishment is beyond cruel. And rushing their execution tells me they expect some form of international outcry.....but was there?

I first saw this story on a handful of blogs(towleroad, queerty) that telegraph stories like these in the hopes that something can be done by shouting it from the rooftops. But sadly, it seems that this story has gone the same way of the Saudi man who filmed himself mocking Saudi police by posing as policeman in a video, propositioning a motorist for gay sex, and taking bribes...that video earned him 1000 lashes and most likely ended with his death...as we never heard about him again.


We may not be able to stop what's going to happen to these men, but neither should we let them go from our hearts and minds. If it was me sitting in a cell in some country where I knew beyond doubt I would be killed...I would want someone to know who I was...why I died. Did these men have a political axe to grind?...maybe. However, if that's true ,then a reaction like this was probably to be expected. But so many of us die like this every day in countries like Iran, Iraq, Afghanistan, Saudi Arabia, and beyond....women and men, gay and straight.....with no names to mark who we were and no family to mourn us...like we never were. If we don't stand up for them..or at least remember them...who will do the same for us?

What we can not stop, we must remember and bear witness too for the day when something CAN be done...not only for these men, but for the countless other men and women who die like this every year. It's my opinion that the more regimes like this chose fear to control people..the more they eventually seal their own doom. Like all emotions, you can become desensitized to fear and when the Iranian people do, all that will be left it's wake will be utter rage and defiance. If they think that this will be the end of such actions, they may be right...but only for a time. But then the people will have nothing left to lose and it will be too late for those who use fear against others.

Tonight we will be eating our dinners, watching TV, snuggling up to someone we love. We should do all those things. Don't stop living. Do them because these men put their lives on the line to be able to express that same freedom. Don't let them have gone from the world for nothing. Light a candle, say a prayer, whatever moves you...but remember them...and send them into whatever awaits us after death on a wave of love. 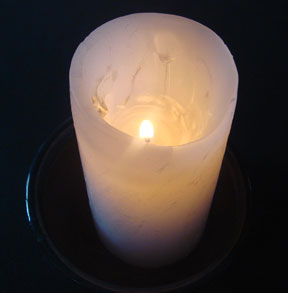