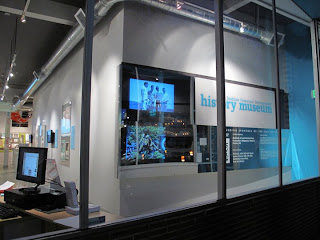 San Francisco has been the site of many important leaps forward in LGBT history. It was home to one of the most famous  gay enclaves in modern history, The Castro district. Many prominent gay rights activists come out of San Francisco including Harvey Milk, Del Martin and Phyllis Lyon, as well as many other pioneers of gay rights. Harvey Milk work in the gay community, his murder, and the White Night Riots that followed, helped launch an era in which gays and lesbians no longer accepted the violence and discrimination of society...and fought back. It was in San Francisco that mayor Gavin Newsom instructed the city clerks to begin issuing marriage licenses to gay and lesbians, sparking the Prop 8 legal battle still raging today. The city by the bay has long history of being a gay haven and flash point for gay politics...there's alot of history here.

That's why my curiosity was piqued when I heard about a new GLBT history museum to be opened near the Castro. The museum is an undertaking of the GLBT Historical Society in San Francisco and had been in the works for a long time. From what I can gather from their website, this is a labor of love by local community members who have collected decades of materials from those who lived those events. ow...so much awesome! But not having seen it yet I am left with a few questions...


Growing up in a gay vacuum, I am very interested in gay history both ancient and modern. Hearing about the lives and struggles of those who came before me makes me feel a connection to a greater community that...living in a suburban city and hour away from S.F....I often feel isolated from. In addition, it helps in dealing with those pesky existential questions(why am I gay...yada yada) when you hear about some of famous gay men and women history and our contributions to the world. You know you are not the only one and in fact, there are thousands of gays out there who have lived incredible...and yes, sometimes tragic lives.

Searching for the history of LGBT people means drawing together several Internet sources...relying on the sometimes dodgy wikipedia, or finding obscure and out of print books that seem to be written for college professors instead of for the average schmoe...like me. The fabric of LGBT history is often tattered, threadbare, and in some places full of gaping holes due to homophobia and centuries of religious persecution. How wonderful would it be for have a place to go in which all these scattered thread could be put back together into something like a coherent narrative? Too awesome for words....and even better if they took it to the Internet for those who may not be able to make the trek to San Fran.

But is that what this museum was designed to be? A comprehensive museum of ancient and international GLBT history?...or is this limited to those events that have taken place in San Francisco in the last 50 years? With collections entitled "bar life" which include match book covers from famous gay bars It appears that the scope of the museum is on modern history and the LGBT movement. Still awesome...and I know I haven't been there yet, so I'm speaking from ignorance...but I hope that this can grow to include a more worldwide and time spanning view of GLBT life through history. Though I still can't wait to go check it out.
So if any of my readers has already been there..fill us in. Let us know your impressions of the second ever LGBT history museum (and only one in the U.S.). The museum has begun to put some of their media exhibits online, check out their site to find out more and possibly consider supporting their work of preserving( and sometimes reconstructing) our past. I'll give an update if I get to trek down to the city in the near future to see this. 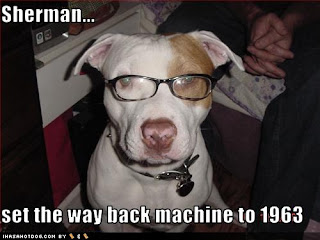