New Hampshire In The Crosshairs...Again 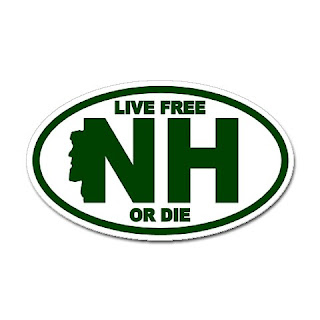 When will  marriage equality be a final passage to full and equal treatment and stop being a revolving door? of giveth and taketh away? Never...as long as certain conservatives and fundamentalists continue to have the ability to submit our rights and relationships to a vote.

In the first assault on the rights of gays and lesbians in 2011, conservatives are mounting a repeal effort of New Hampshire's recently enacted marriage equality bill. That's right...the ink is barely dry on the marriage certificates of gay and lesbian New Hampshire newlyweds and already their unions are in danger.....Can you believe this cr*p?!  Yes, I guess we can. After all this will be attempt number two in the state of New Hampshire....only this time the game has changed and our attention is called for.


Multiple bills are being proposed by NH legislators. One would replace any existing marriages between same-sex couples with civil unions and others ask that an amendment be added to the state constitution restricting marriage between a man and a woman. Given that the New Hampshire state legislature just saw a big swing to the right in last Novembers elections, there is some concern that they could make good on their threats. And of course...added to the mix will be the huge coffers of the Family Research Council, CitizenLink(formerly Focus on the Family), and possibly the National Organization For Marriage.

The process will go something like this: bills proposed and drafted must pass a successful vote in the legislature. If they succeed, then the Governor has the option to Veto. If he chooses to exercises that power then the legislature has the ability to override his Veto if they can achieve a two thirds majority vote...and given the outcome of the last election,they may well have it. This is even if ALL Democratic Legislators vote to sustain a veto....YIKES!...This puts to onus on the pro equality side to reach out to as many of New Hampshire's republican legislators as we can in the hopes of nipping this thing in the bud a second time.

The word is going out over the Internet. All hands on deck. This is our call to action yet again. We had barely been  able to celebrate for New Hampshire's gay and lesbian couples when we are already having to defend those rights again...its sickening. Granted, that New Hampshire's legislature voted to grant same-sex couples the right to wed was itself something of a surprise when it happened, it has been a bone of contention with conservatives ever since, who love to claim that liberal lawmakers "rammed this down the throats" of the people of New Hampshire. Never mind that these "radical" law makers were actually elected to their positions by those same aggrieved people of New Hampshire...sheesh. 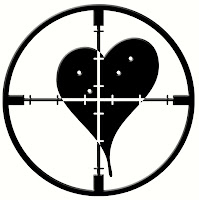 Brace yourselves to fight against the big money and same old smear campaigns of NOM and the FRC(which is spoiling for a fight since it's hate group designation). FRC has already vowed to do whatever is necessary in this effort and NOM is always in the middle of any marriage equality battle. Which means we have to be doing out level best to counteract the extortion tactics they will likely level as legislators who look likely to oppose repeal. Also, while this may not be up for a vote of the people, it  still involves the people to the level of pressure that we can place on lawmakers to leave those already granted rights intact. And that, I feel, is where our message needs to be. this is not a fight to grant marriage, but another fight to preserve it. To the degree that we can highlight that fact will make those who want to strip those rights from those who have already been granted them seem like the cruel and callous individuals they would have to be to want this.

One day in the not-so far flung future we may see a day when we can keep our rights...once granted, and not have to defend them every at every new turn. Perhaps the death of DoMA will be that nail on the coffin that will prevent these types of repeated attacks...but we can only hope.

Stay tuned to for info in the coming weeks and check out New Hampshire Freedom To Marry website to find out how you may be able to help.