State Of The Civil Union 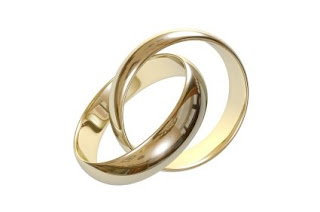 Wow there's a lot of civil unionizing going on!.. Today, the governor of Illinois signed The Illinois Religious Freedom Protection and Civil Unions Act bringing many of the protections and responsibilities of marriage....minus the word...to the citizens of Illinois. In similar news Hawaii advances one step closer to passing it's own civil protections with its own civil union bill passing the senate 19-6...next stop, the state House of Representatives. Cross your fingers.... Hawaii has been fighting this fight for a long time and it would be nice to see something finally happen there. AND...if that's not enough for you..Colorado is beginning it's own push for same-sex civil unions.

Marriage has been such a major battleground for gay rights...and sometimes the discussion finds it's way to the superiority of marriage over Civil Unions and Domestic Partnerships in terms of protections and perceptions of equality. And when people claim that should be happy with civil unions, I will be one of the first to hall out the separate but unequal analogies. But that's only because I forget how spoiled I am. I forget what it was like to not even have the protections of domestic partnership. Though I do remember how I held my relationship as a marriage in my heart and no ones opinions or pieces of paper could tell me different.

Then one day...after a night out with Jay in the city, we were having breakfast in a Denny's when he handed me a card with his proposal in it and I cried like a baby....right in the middle of the restaurant. It felt so incredible  to go to the court house and sign our Domestic Partnership papers, even though  all we had was just a paper to sign...no ceremony, no guests, no wedding gifts, and no reception...but at the time it was all we had, and it felt for all the world like a fairy tale wedding in Westminster cathedral. That first step became a building block to so much more...today I have the honor of calling Jay my husband and that is something I never thought I would see in my lifetime.


Congrats to the good folks of Illinois...may your unions be truly joyous affairs filled with all the promise of a lifetime of love. And Hawaii....I am keeping you in my thoughts. Your day is coming any minute now. And Colorado...kudos to you. We all hope to be celebrating your unions some day soon as well. And may these first happy unions be the beginning of so much more joy to come for you all. 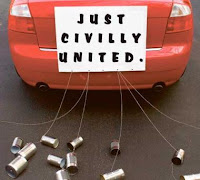