Life Under The Microscope

Is being a gay parents different from being heterosexual parents? Well, for the most part...while we all face most of the same challenges, their are some additional challenges to being a gay parent. One of those challenges seems to be that the world is watching your family to see what happens. It doesn't matter how many same-sex parents have come before you, the rest of the world still looks at same-sex couple raising children as some strange and never before seen thing. In my opinion there is more pressure on same-sex families to measure up to societies guidelines. Our fear is that any mistakes or inadequacies in our parenting will become reflective of our our being gay persons instead of instead of human beings with all too human limitations.


For instance...our families very first YouTube video will always stand out in my mind. It was just a simple video of us sitting around the dinner table, eating dinner and talking about gay families and why Prop 8 hurts families like ours. Instead of the death threats I expected we got criticised for what we were eating for dinner that night....chicken nuggets. The actual text of the comment is lost to memory but the meaning of it was clear..."See! two men can't raise kids because you can't cook a decent meal!". Now...I'm not a great cook, but I get the job done and neither of my parents were any better so there wasn't much to learn from. Jay however is a great cook and between the two of us we eat pretty good.

Gay families get discussed day in and day out. Every time we have a discussion about marriage equality, we also have a discussion about the health and well being of children...whether its from the "oh won't somebody save the children!" point of view...or from a more reasoned stand point that acknowledges gay parents. We are accused of buying our children, manufacturing them, stealing them, and warping them with our "alternative lifestyle". We are accused of making our kids gay because we are gay or that our kids will grow up confused about gender rolls...and the people who make all these accusations do so in the face of a generation of kids of same sex parents that have grown up to be just fine. But those acknowledging those kids would mean admitting that we did something right. Not that that is any surprise...Those who oppose equal rights for the LGBT community have no intention of cutting us any slack and any perceived weakness is fair game and serves as proof of our inferiority to them. 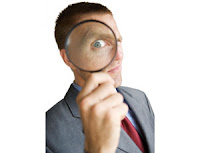 Maybe it's only my paranoia...but I can't face the mom's at my kids school without thinking that they judging the way I take care of my kids. School is one of those places where its still mostly moms. They drop off their kids, volunteer in the classroom, and network play dates. Their gaze can be very blatantly appraising and because of this I admit to overcompensating a bit. I want to make sure that my kids are not suffering because of me in some way. So I make sure that my daughter outfit is the cutest it can be and her hair done as well as my skill can accomplish...because not only are those moms tough but so are their daughters. Similarly I try make sure that my son is not only dressed...but with a bit of style...he's becoming a preteen and what you where starts to matter so much more. For both of them, we are conscious of how they are doing educationally and make sure they are doing the best that they are capable of...which is alot. We are also conscious of their social connections...who their best friend  are, who they hang out with at recess, and who may be picking on them that week. And all of these things go through my mental filters when I consider whether my being a gay parent is having an impact on my child.....and I don't think our experience is especially unique. I would put dollars to donuts that other gay families experience something similar.

I have known families with heterosexual parents that live off of TV dinners...that always eat in front of a television..that don't require their kids to finish their homework before they do anything else...that don't make their kids keep their rooms clean..that don't monitor how their kids are doing in school until they get a call from the principal...that cursed in front of their children....and engaged in loud abusive arguments in front of their kids. None of these parents right to BE a parent was ever called into question even if their ability to be a parent might have been. Not that I want to do any of these things mind you....it's just that if I did it would be taken as a reason why gay people shouldn't have kids....never mind the fact that more then half of America's children are being raised on a steady diet of McDonald's and macaroni and cheese....right now.-

Being on YouTube puts us bang in the limelight and ripe for criticism, but the truth of the matter is that we were already under that scrutiny from the moment we adopted. I have sensed it in my family...in the parents of my kids schoolmates...in the frank stares of others when our family goes out to dinner. The world may watch but that scrutiny isn't always laced with malice...sometimes it's just simple curiosity. They have never seen two men or two women raising kids before. Even though I know there are so many of us we must be a rarer breed than I imagined.


I hope someday that changes. Perhaps when another generation of kids raised by gay families enters society to tell it their was nothing to be afraid of. Perhaps if more same-sex families came out publicly to tell their stories....which is what we hoped to engender with our YouTube channel. Maybe one day their will be no more NOM's or Family Research Councils to turn us into bogeymen....a day when it will be permissible to be gay, a parent, and an imperfect human being all at the same time. I wish that day would hurry up and get here but until them we continue to live under societies microscope.
Until next time dear readers...