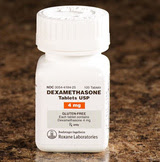 By: Craig Rigby
So it is all over the news, someone thinks they may have found a cure for lesbianism. All those conservatives can finally rest easy, just pop a load of pills when preggers and the baby will drop out with a Barbie in hand and a pink bow stuck to her little bald head.
The “wonder” drug is not supposed to be targeted at gay people... yet. Rather it is intended to reduce the incidence of an adrenal gland condition that can cause ambiguous genitals. Adrenal hyperplasia can lead to elevated masculinizing hormones that can affect foetal development and cause the genitalia of female newborns to be ambiguous in appearance. Although the vaginal opening and function remain unchanged the clitoris can be enlarged. In addition the person can grow up to be more masculine and androgynous.
I managed to find some reports of this being subscribed in New York by a doctor called Maria New who was has been prescribing the drug to expectant mothers claiming that it will prevent lesbianism and masculine behaviour in their daughters. Just sit and think about that for a second.


Now I don't think that this is actually any sort of cure for lesbianism. Although a larger percentage of children with adrenal hyperplasia grow up to be gay than girls without the condition... most are still heterosexual. No long term studies on efficacity have been done. What this will do is attempt to make every girl, a girly girl. 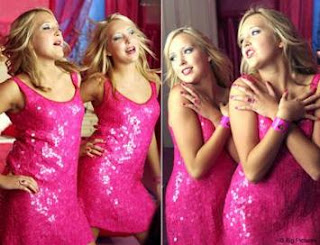 My mother is as close to being a stereotypical lesbian as you can get without actually being gay. She is sporty and outdoorsy, I have never seen her wearing makeup or a dress and she is feminist to the core. I think this all made me grow up with an innate love of butch women and all the things they bring to the world. I don't want lesbians to be wiped out... I like them!


Imaging a world where every girl grows up to be a stepford wife. Where there is no mix of women, every women is as feminine as can be. Go further... Imagine a world where every single boy grows up to be ultra masculine, the perfect red neck son. What you are imagining is a world in which all the women work as nurses and teachers and all the men as soldiers and builders. Now you need all these things in the world... but you also need female soldiers and male teachers. You need scientists and artists and everything in between.

Trying to force engineer foetuses so that everyone comes out the same is probably the most stupid idea I ever heard. Can these people not see what kind of world they want to create? They want to strip out from society everyone that doesn't match some sort of US 1950s ideal that never really existed. For the entire of human history there have been masculine women. Without them I daresay civilisation and the human race would look pretty different than it does today.

Then there are the medical problems. The drug carries side effects and has been linked to memory loss, high blood pressure and changes in brain structure in animals. Is it not enough to look at a child and say that it has two arms, two legs and a small clitoris so everything worked out for the best.?
What really knocks me sick is that if this was any other manipulation of an unborn child the conservative right would be going crazy. Playing God would be the cry. Except we all know that God doesn't make girly boys and butch women. He doesn't make gays. So this isn't playing God, they will say... it is just clearing up mistakes.
Posted by GFV at 3:44 PM