"What if's"...All Our legislation Passed. 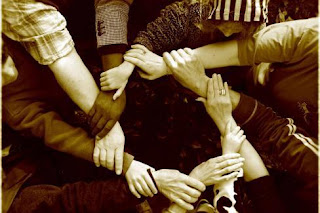 Marriage equality....Don't Ask Don't Tell...the Employment Non-Discrimination Act....together they have often dominated the conversation about gay rights and equality. We poor tremendous amounts of energy into them. Indeed, they are important pieces in the greater movement toward full equality for GLBTQ Americans. But today, I asked myself what would happen if Christmas came early and I woke up tommorow with those goals had come to fruition?

First would be the encredible feeling of celebration....that the world had changed in incredible and wonderfull ways. Gays and lesbians would be protected in ways that we had never been previously. We could meet and marry someone we loved, perhaps make a family and hopefully never have to worry about losing out jobs or homes because of our sexual orientation. Being able to do those basic things paves the way for more positive change as we have more energy and support to turn to other areas of our lives.

However, sometimes I thing that we hang our hopes on passage or repeal of these issues and forget their status as waypoints along the journey...not the end. So what would happen if Christmas came early this year and we woke up to find that all our legal/legislative hopes had come true...then what?

In my opinion, equality begins with accepting ourselves...even in the face of the hostility of the world. Those are Stonewall moments. We learn to respect and honor ourselves as we are. Then we no longer accept being treated differently...or as "less than". One day we find the courage to fight and we have been fighting ever since. We stand on the edge of achieving some very important goals that will help ensure that neither we nor future generations can be treated as "less than"...but it will not be the end. the final destination is what we already face everyday from our families and members of our community. How we are treated in the everyday world at large. A great example of this is found via Towleroad and the Courier-Journal  regarding a wave of violence and psychological intimidation in Covington Kentucky.
Gays and lesbians in Covington have seen a huge upswing in physical violence and discrimination in the form of being called gay slurs(you can imagine the usuall suspects)...beatings and stabbing. Also, in a recent development in the northern Kentucky town resident woke up to find anti-gay flyers posted all over the city and on peoples windshields. The flyers refer to gays and lesbians as "a parade of perverts" and suffering from a mental disorder. The flyer lists as a contact an organisation known to be a white supremacy group even though they deny involvement.

This event brings to mind just how far we have to go yet in the journey to equality. It dawned on me that there are layers to the struggle with legal protection being just one of those layers. Another important one is the level of acceptace we recieve from our freinds and neighbors....from the clerk at the grocerystore, your childs teacher, the people we deal with day in and day out. Even if we gain all the legal protections we hope for we still have to deal with everyday people who just don't like us. That includes slur slinging, flyer flourishing psychopaths as well as the lady at the bank that gives you the evil eye everytime you walk in. We will know the world has changed when these event happen and whe WHOLE community stands up to condemn them....or the day we know longer have to be afraid to hold hands in our home towns. 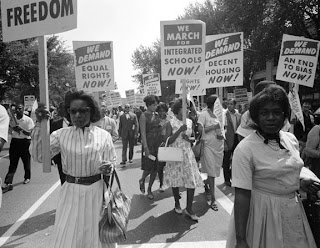 I am kind of lucky to live in a part of California where no body bats much of an eyelash when they see gay people going about their daily lives. I can shop with my husband and kids and don't recieve much attention. However, thats dynamic does not continue to remain true in all of my state. Several places can be nearly as hostile as Covingtons example. Where I live tends to be pretty accepting, but that does not mean that we dont have our share of people who just don't like us...they just know that they are in the minority here and express those opinions behind closed doors. I usually know those people by the stony cold shoulder you get when they realise that Jay and I are a couple...a sudden attitude shift that closes off all warmth. Suddenly we are "other" again no matter how legally protected we may be.
This is nothing new to anyone in the gay community. Its something most of us have to deal with everyday. You hold you head up high, know who you are, and largely ignore what these people think because you know theres always going to be someone out there like them. But you also know that the world is not always a safe place for you and a certain amount of caution is still neccesary. 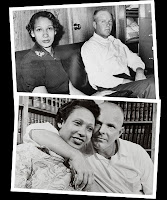 Growing up in the 70's television was flooded with the social change of the time. Black civil rights, Latino civil rights, womens rights...it was an inescapable theme of the 70's that we were all a part of a larger world and deserving of equal treatment. I realise now, how much I took those messages for granted...how much I expected us to be past such blatent injustices....and how much of those messages failed to reach so many people leading us to still be fighting issues of racial and gender equality years later. The laws to protect people had been painfully earned by those who gave their blood, sweat, and lives to see a day when Blacks and whites were the same...or when women had all the same opportunities as men. They saw those laws pass...and celebrated those victories...and then  got up the next day to face the mountain of prejudice that still remained in the hearts of their fellow men against sharing the workplace with women or those of another race...interracial relationships...a whole handfull of tiny battles that continue long after legal civil rights had been won. And so we find ourselves today, still not in a post-racial, post-sexism society...imperfect, but improving.
So it will be for us in the gay community. When we are allowed to marry, keep our jobs when outed, serve in the military, there will still be that mountain of prejudice to whittle away at in the minds and hearts of the people around us. We still will not yet be at a place when we can walk hand in hand with our loved ones without fear of being called a faggot or beaten where we stand.  We will still have to dig ourselves out from under a mountain of shame to find the strength to come out. We will still have to steel ourselves for the possibility of utter rejection when we do come out. It will be sometime yet before we see the day when we no longer fear these things....but it's dying by degrees and getting closer with every generation. 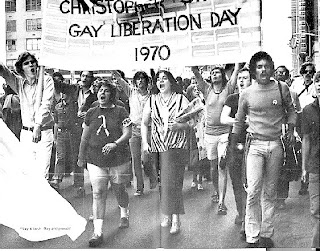 Its THAT world that we fight for. The one for which the legal battles may be only a precursor. A world when gays, Lesbians, Transgendered and bisexual people, whoever you are on the sexuality spectrum, can live a life without fear...without risking everything to live it. A world in which we are an integral part of the everyday fabric of life. Then mayby we will have arrived at our ultimate destination. 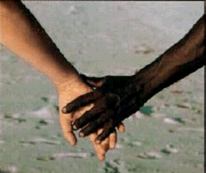