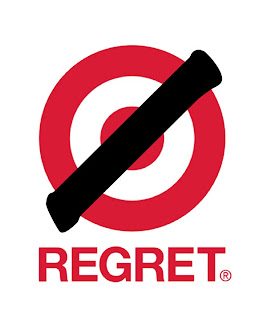 Everyone is mad at Target right now. Not just mad...spitting...cussing...national boycott mad.

All of this has come about because of a political donation that Target and Bestbuy made to Minnesota Forward, a political action fund that supports business friendly candidates for political office. The problem?....one of the candidates supported by monies from MN Forward is anti-gay Minnesota gubenatorial candidate Tom Emmer. Emmer has gone on record supporting a state consitutional amendment banning same-sex marriage. This has caused a major controversy for Target who now faces massive public criticism and a national boycott from the gay community and allies.

Targets response has been schizophrenic at best. While they did apologize for the lapse in judgement, they also went on to attempt to excuse themselves on the basis that MN Forward is paid into by a coalition of businesses, both large and small, whos primary interests are non partisan and seek only to advance their own "retail agenda". In a statement made to The Awl, this is Targets official response:(emphasis mine)

Target is proud to call Minnesota and communities across the country home. To ensure economic growth in those communities it is critically important to be able to provide jobs, serve guests, support communities and deliver on our commitment to shareholders.


Target supports causes and candidates based strictly on issues that affect our retail and business interests. In fact, Target’s Federal PAC contributions year-to-date are very balanced between Republicans and Democrats, and we work collaboratively with legislators and officials at all points on the political spectrum.

Target fosters civic engagement through a wide variety of nonpartisan efforts aimed at enhancing team member and citizen participation in the political process. We encourage team members and citizens to engage in civic activities in the ways that are most meaningful to them, as we believe that engaged communities are healthier and stronger communities.

Target is proud of the diversity of its team, and we greatly value the wide range of perspectives offered by all of our team members. It is this diversity that creates our unique and inclusive corporate culture while helping our company remain relevant and competitive."

So here we have Targets self revelation...They did not consider the political opinions or stances of those they gave to because they consider themselves to be politically neutral in all but one respect...whats good for business. Now they are seeing the error of their ways because of  the scalding response they are getting from the public. 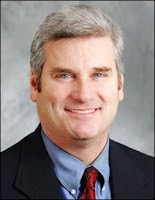 The backlash from this  has been intense. Recently, a protest sponsored by Moveon.org arrived at Targets corporate headquarters with a petition  and a joint venture with designer fashion website GILT is going sour as people abandon membership because of the sites association with Target. However, instead of meeting protest head on, Target has chosen to raise the drawbridge and defend the castle...sometimes literally. Another protest against Target saw Moveon.org in the lobby of it's corporate headquarters, petitions in hand...Target execs got so frightened they actually turned off the escalators to prevent the protestors from storming the keep and sent their "diversity coordinator" down to address those assembled.
Target has clearly felt the heat as they became public enemy #1 not just from shoppers, but also from gay and lesbian employees, prompting Target CEO Gregg Steinhafel to issue an apology saying he was ""genuinely sorry" that the donation upset some employees". He also said Target would set up a review process for future political donations.
But, half baked, non-apologies failed to stop the snowball effect, and support for a boycott continues to grow,...most prominently led by Moveon.org, who not only led the petition drive for a boycott that  gave target the a case of the scareds, but also created a T.V. spot which has been denied airtime by networks supposedly because of its political content. More likely its because Targets ad spots pay more. Check out the ad and you decide:

So thats the background...heres where I have a few questions...

Sentiment in the gay community is VERY anti-target right now. This presents a problem for me as my family relies on Target heavily for daily goods. A while back everyone was anti-Wallmart because it also was singled out for not treating its gay employees very well....but to be fair, it was also under fire for many other unethical practices. So we stopped shopping there. I don't have that many options left in our little Northern California city.

Target was a good alternative to Walmart and when you are a single income family. As much as you may not like it...big box stores like Target help us out alot by not breaking the bank on stuff we need everyday. We went to Target for all our needs. In addition, we have a good lesbian friend who has worked for our local Target store for years and she has always been proud of the way that Target has treated its gay employees and been active in the gay community by participating in AIDS walks and pride marches and a variety of gay events. We were also aware they Target had scored 100% on the HRC's index of gay friendly corporations. Wallmart recieved a mere 40%. Shopping at Target has a benificial thing for our family for a long time now.

So...when the news of their actions and boycott came through. my first thought was, "oh hell, we are running out of places to shop. Now where am I going to go?" Our town is not exactly bursting with independent options and those that exist are not exactly budget friendly.

Additionally the online fury directed at Target is getting more intense and showing no sign of letting up anytime soon. Indeed Targets CEO seems intent on throwing more gas on the fire. When the HRC asked Target to donate an equivelent amount of money to them in order to offset their contribution to MN Forward, Target flatly refused on the basis that doing so would be "making a politcal statement"...../facepalm. Now Target doesn't owe HRC anything, they can donate  elsewhere to mitigate their previous lapse in donation oversight...but....Would it not have been easier to just to do it and begin some kind of P.R. healing process?

So now shopping at Target...while neccesary for my family...makes me feel like a bad gay. How has it come to this? I do feel its important to vote with our dollars, but we also need to do so intelligently and not just jump on the bandwagon with everyone else. Its too easy to get swept up in the sentiment and anger...to blindly follow..and we don't ask ourselves some crucial questions.
Like, What happened to Bestbuy? They donated also and no one is calling for their CEO's head on a platter. So far the electronics retail giant has done well by being quiet on the issue and letting Target take all the flak.
What about the everyday good things that Target does? They did not earn that 100% rating by buying Joe Solmonese a fancy lunch. They offer their gay employees and their families competitive benefits in ways that many companies do not. For example Wallmart has had a long history of questionable ethics and Exxon gave their gay employees domestic partnership benefits only to later remove them...some companies like Jamba Juice donated money to support Prop 8. Also, Target continues to do be present at gay events that many corporations simply wont attend. For many years I worked for an independant home improvement retailer here in California. They did NOT offer partnership benefits...nor did they allow their employees to attend pride events in company uniform. Target does both of these.
And finally...the big one...Is that the core of this issue is not so much that Target gave to an anti-gay candidate by way of MN Forward, but that they are giving to political candidates AT ALL in order to influence regulations in local areas. Thanks fo the recent Supreme Court decision considering corporations persons and removing all restrictions on their campaign donations...isn't the issue here that companies are taking advantage of that to begin to buy their way into government?
As Craig Rigby recently pointed out to me recently, Rupert Murdoch the head of Fox News, recently gave a million dollars to the Republican Governors Association. Does this not freak anyone else out that our politcal process is in this kind of danger? In my opinion it should. Our voices are being lost in a sea of corporate dollars. Our votes for political candidates will count for much less than how we spend our money. Not supporting a particular businesses may be the only effective way left to us to influence our governmental process, as the fallout over Targets donation bears out.

I don't believe Target had any idea who the money they gave to MN Forward was actually going to. I see no intention to support anyone with an agenda hostile to the gay community....BUT....nor did they do "due diligence" in finding out where their money actually went. What I do think Target did was willfully attempt to influence a political campaign for their own gain. Their only concern being support of their business agenda. That's corporations for you...they look out for their bottom line first and formost...ethics and everything else takes a distant back seat. This is where I feel the real point is and fortunately Moveon.org picked up on that as well:

So...my husband and I are conflicted about whether this boycott is something our family should participate in and we have talked a great deal about it... On the one hand, we want to support the gay community and avoid supporting those who do harm to it. On the other hand, the backlash Target has already recieved seems to have already accomplished the task we set out to accomplish...which is to teach Target that the gay community will not sit down and take its support of politicians that actively wish to harm us because they feel those candidates are "business friendly." I believe that they have learned the lesson to be more responsible in the future. Also, I dont believe we should punish a company that has had a long standing policy of treating its gay employees fairly and ignoring that history because of one incident of willfull negligence. And not the least because there are a lot of companies out their that DO deserve boycotts...like Jamba Juice, Exxon and companies that  willfully take action to harm the gay community.

But as it stands, shopping in Target makes me feel as if I am a bad gay. So intense is the anti-Target sentiment that you fear that someone will douse you in red paint as you leave the store with your small mountain of daipers and wipies. I do not want to boycott just because its the current focus of so many people. If we are going to do this it really should be for the right reasons and I just don't see that we have those here.

So we open this topic to all of you. We are unclear about the subjest and perhaps a little dialogue may help all of us come to a better understanding. Who's boycotting...who's not?...who had no idea?...and what are YOUR reasons?