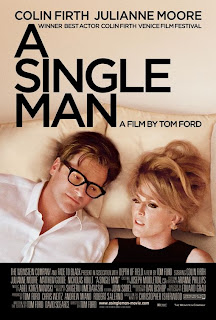 By:Craig Rigby
I am not particularly fond of gay cinema. I find that gay themed films fall into two categories, tragedy or campery. If Hollywood is to be believed we gays are either rejected and miserable or party time drag queens.


A lot of people like “Brokeback Mountain”, I can’t think of a better example of what is wrong with the Hollywood approach to homosexuality. The characters have horrible lives filled with hiding and rejection. They end up unhappy and dying a violent death. What a lovely image of the life we homosexuals lead. In addition what the hell is with the sex scene? What an inaccurate depiction of sex between men! Has the man never heard of foreplay? Poor old Jake Gyllenhall....

The other category is campery. “Pricilla Queen of the Desert” is a good one. I liked the film, at least it was fun, but it was also about as unbalanced a view of gay people as you can get. At least this sort of film usually ends happy.

I was bored last Saturday, Jake was at work all day and it was raining. I spent a few hours cleaning and then decided to bite the bullet and watch “A Single Man”. I had heard it was good, but from the same sort of people who told me “Brokeback Mountain” was good…


The film is about a man dealing with his grief after his long term partner dies in a car accident. It follows him through a day of his life, a day in which he is secretly planning his own suicide and saying goodbye to everyone. He meets a teenager during the day who changes the course of his life. This sounds like another miserable tragedy right?


The surprising thing is that the film really isn’t that miserable. I won’t spoil it but it has a cheerful end, even with death taken into account. It gave me a lump in my throat I won’t lie. As I said it starts with the death of the partner and their dogs and this touches a special place in me. It sounds weird to say but I think about Jake and my dogs dying all the time. When we are sat on the sofa sometimes I hug him close and tell him I am savouring the moment so I can remember it in case he dies first when we are old. Even when my dogs were puppies I used to think about how sad I would be when they passed away, I even partially picked a Pekingese because they can live a long time. I am like that...morbid.

The story is about coping with grief and ends with a resolution of those feelings of grief. It is only incidentally gay, which is a good thing. They could have easily made the same film with a straight man having lost his wife. There are a couple of little rants about minority rights but it wouldn’t have been too much of a grind to alter the character sexuality to appeal to a wider range of people. I am glad they didn’t, we need more incidental gayness in the public sphere. 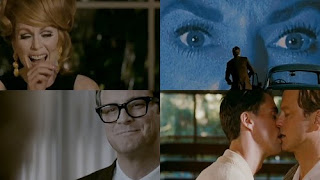 All the actors put in a good turn. Colin Firth plays the title roll very well, he carries the entire film. I think he deserves an Oscar for this and the acting is much better than “Brokeback Mountain”. The teenage boy is played well also. If you look closely you will realise that it is the same actor who played the child in “About a Boy” opposite Hugh Grant. He has certainly grown up since then.

The entire affair is certainly very pretty. It is set around the 50s and the art deco design and artful cigarette smoking certainly gives it a retro chic. It has been applauded for its cinematography but I don’t think it is perfect. They have used an digital grading effect to enhance the colours every time the normally gloomy main character sees something that reminds him of the good things in life. It is a subtle effect the first couple of times, but starts to wear by the end of the film.

Despite my gripes I have to say that this is probably the best gay film I have seen. I have reviewed it here because I want to highly recommend it, just make sure you are in the mood for the grim subject matter. If you are a grim bugger like me you will certainly find it very touching.
Posted by GFV at 11:13 AM