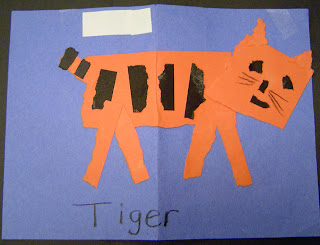 Today I woke up to my local paper running a front page story featuring California Attorney General Jerry Brown and our Governerator...Arnold Schwarzenegger calling on Judge Vaughn Walker to cancel the stay on his Prop 8 ruling and allow same-sex marriages to resume. The headline runs like this:

My first thought was...cool, its nice to see such vocal support from our state leaders. The story also runs in just about every blog today in some form and the comments are all by and large expressions of appreciation for our Governor and Attorney General. They are lauded as stand up figures putting it on the line for the gay community. But thats when a sneaky second thought hit me...

"Wait a minute! What do these men really stand to lose by coming out now after its all but said and done?"....

oh dam you second thoughts...Don't go raining on my otherwise positive parade. But he was not to be dismissed. I kept coming back to it and to the words of our fierce advocate and President in the wake of the Prop 8 trial results. After all some of these people have publically claimed to be advocates for the gay community or at a minimum...not supportive of discrimination. But where exactly is the meat in this bologna sandwich?

That Jerry Brown would jump into the media spotlight with a statement like this is not unusual behavior for him by itself. However, he has been pretty consistant with verbal support for the gay community and the repeal of prop 8. During trial Both Jerry Brown and Governer Schwarzenegger vowed not to defend Prop 8...a move breaking from their traditional role of defenders of state law. By choosing not to defend, they sent a clear message about how they felt about the content of Proposition 8...no matter what their personal beliefs may have been.

But now my cynical side:

During the state trial over prop 8....as the litgators were setting up brilliant arguments to persuade the State Supreme Court that voting on gay Californians civil rights violated their constitutional rights...Jerry Browns office sent one guy...one. Not the resourses of a department dedicated to seeing Prop 8 dead. One guy with a notepad who looked like he had put his case together alone...overnight...on a shoestring budget. Go back to the Youtube videos and watch it for yourself.

Additionally, the Governorship is coming up for grabs again, and the Attorney General has his eye set on that office. He also has a very conservative opponent in the person of Meg Whitman. Whats a guy to do to set himself appart?....Come out hard for gay rights mayby?....make grand statements in the press to Judge Walker when during the entire trial you had been nearly invisible except to announce your intentions to run for Governor? Coopt a little thunder for your campaign perhaps?

Now...Governor Schwarzen-i-believe-marriage-is-one-man-and-one-womanegger....TWICE had the opportunity to sign a bill that would have made gay marriage legal prior to the passage of prop 8. But that would have been too directly supportive of the gay community and would have probably meant  premature republican career death...so lets pass that buck to the courts then shall we. Then, no matter how the courts decide, we can issue grand statements to the media as if we had supported that outcome all along. hell...you may be a Replican, but that doesn't mean that you can't take a page out of your Democratic Presidents play book of tortured logic. Where polititcians always go when they need plausible deniability for supporting a position they actually do not.

Which brings us to our "Fierce Advocate" who has been nothing if not contradictory concerning gay rights and same-sex marriage in particular. His viewpoint has been very plainly stated that he found Prop 8 to be "discriminatory" and "divisive". Then in the same breath expressed that he feels that marriage should be between one man and one woman. But hell...dont listen to me...Rachel explains it so much better...watch at 3:40

He does not support same-sex marriage...yet does support civil partnerships...which still seems a little Jim Crow to me. It send the message that what he has in marriage isn't appropriate for you to have as a gay citizen...which, even if a civil partnership conveyed all the same rights and responsibilities of marriage, seperates us from what he has. That is the inherent inequality of that situation and why I often bring up the separate drinking fountain analogy.

This is the nature of our allies...."I don't believe in your rights...but I also don't publically believe you should be discriminated against" .......or alternately...."I don't mind you being  gay and wanting to get married and all but I can't be seen getting too close to you guys or I'll never get reellected."

So, Jerry Brown, with Governor Schwarzeneggers backing, has filed a brief with Judge Vaughn Walker asking him to eliminate the stay, claiming that it is in the best interest of the citizens of California. But is it really the interest of California's citizens they are representing? If so, then  it's a wonderfull...if somewhat hollow gesture. In the end, Judge Walker is going to do what he thinks is appropriate...and influence from the Attorney General will do little other than lend appearances that benefit Jerry Brown rather than have any substantial effect.

And so the circus and media frenzy of the Prop 8 trial continues to provide entertainment for one and all. The elephants parade and the donkies charade. Everyone's got an agenda, opinion, or ax to grind. The illusion
can be so mesmerizing it can become difficult to tell the real from the fake. The roar of the tiger can be so fierce when he knows someone is listening. Its only when his edges begin to curl that you can peel back the glue and see whats underneath. For all that ferocity, and all that noise, there is very little action to back up their claims of advocacy. Thats the nature of paper tigers.
Posted by GFV at 4:53 PM