No Justice For Ebrahim? 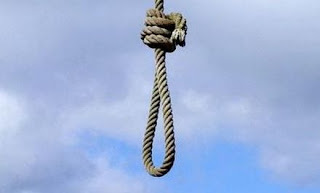 Homophobia has never been content confining itself to the gay community. Like all forms of hate, it spills out and bleeds over into the lives of others. Many of us who grew up in times with publically sanctioned homophobia know that you don't have to actually be gay to suffer its effects....you only have to be accused, suspected, or percieved to be gay to be a target. Such is the case of Ebrahim Hamidi, and 18 year old boy facing death by hanging in Iran for being accused of a sexually assaulting another man...but to add to the tragedy, he didn't even commit the crime.

The following is a synthesis of two articles...one written by Saeed Kamali Dehghan for the Guardian U.K. and a separate article by Kilian Melloy from Edge New England....

In 2008, Hamidi and three friends were involved in a fight with a fifth man who later made accusations that the four boys sexually assaulted him. All four were arrested and then coerced under torture to name one of them as the main assailant. Under torture that included being hung upside down by his legs and beaten, Ebrahim Hamidi signed a confession...the other three boys were later released on the condition that they testify against Him.

Hamidi's accuser later admitted that the he made up the charges because of pressure from his family....who coincidentally happen to be fueding with Ebrahim Hamidi's family. Convenient eh? Yet, even with this admission, Hamidi still sits in the Iranian justice system awaiting his execution. An innocent man will be executed while the man who falsely accused him faces no consequences.

So is this an example of a justice system so broken, that it can not correct its own mistakes when they come into the light of day...or....is it equally possible, that after having tortured a confession out of Hamidi, the authorities still suspect he's guilty....which is really all you need to convict apparently, since the sentence itself was handed down on the basis of "judges knowledge", which really equates to whatever the judge thinks is true in the absence of real evidence.

Hamidi's was being represented by human rights lawyer Mohammad Mostafaei, who has reportedly fled the country based off his actions in a separate case in which he made public the details of a trial in which a mother of two was accused of adultry and facing death by stoning. His actions have forced him to flee and made him an exile to his country and left Hamidi defenseless...but for the outcry of human right organizations and the internet. Authorities are holding Mostafaei's wife hostage in "custody" in Iran.

I bring up this story today, because this kind of deeply rooted hatred against gays can reach out to everyone regardless of their actual sexual orientation...as it did to this boy. Hatred and paranoia often run together, and sadly, this boy got caught up in it. All it took was an accusation....then two years of prison and torture later, he is in danger of death by hanging. Hamidi is not gay...but neither should that matter in the long run. How many more gay men and women are being killed in similar fashion every day? How many that don't make the news, whos names will not resound around the blogosphere. People who simply disappeared from their homes, or off the street, never to be heard from again until someone finds their barely recognizable, mutilated corpse in a ditch outside of town....or hanging from a noose fashioned to a crane. Much has been said about how this is a miscarriage of justice based on the fact that the claims agains Hamidi were false because he's not gay and his accuser lied...but how is it any less an atrocity if he had been gay? That Hamidi is heterosexual only underscores the basic inhumanity of torturing and murdering people in this fashion...and for this purpose... and then attempting to consider it justice.

I believe in my heart that, if this was me...I would want someone to remember me. I would not want to dissapear from life....forgotten by those to frightened to remember my name in case what happened to me happens to them too. It would be as if you had never been at all. Ebrahim Hamidi just happened to get swept up in something that happens to gays in countries like this everyday. I sincerely hope that enough pressure can be brought to bear to release Hamidi...but I also wonder about countless more men and women who might be in cells right next to him, awaiting their own fates? How do we ever bring enough pressure to help them? Perhaps only time can do that...but we can remember...watch...bear witness. Let them know that we see whats happening and that they are not forgotten or invisible.

But...Just  like some straight men who who get bashed just because someont merely thought they were gay...by the way they dressed, or spoke....So to has Ebrahim Hamidi been swept away on a wave of hatred and ignorance normally reserved for gay men and women. It remains to be seen if he will survive it. Perhaps, if we continue to tell his story...if we all tell his story, than something good can be done for him.