Being Friends with Christians 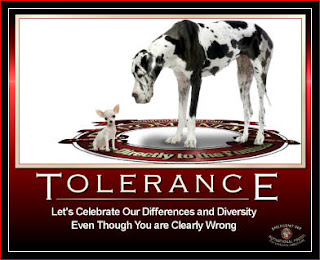 For most of my adult life I haven't really known any Christians. I am sure that some people at work believe in some sort of god and afterlife but they don't really buy the whole bible and Jesus thing. I know because we have talked about it. There is only one person who calls himself “Christian”, but he never goes to church and knows less about the bible than I do. I didn't go to college with any Christians either. There just aren't that many around.


Bryan and Jay have a lot of trouble with anti-Christian feeling, being both gay and God squadders. Many people who ask me about them feel uncomfortable with their religion. I know quite a few people who don’t like to watch their videos in which they mention God. I thought I would try to explain how I, as a judgemental atheist, manage to get along with the Christians in my life.
In my family I would say that my grandparents consider themselves Christian, but they ride there bikes every Sunday, and so have no time for worship. And they don’t seem to buy most of the bible either. I suppose you can never be sure.

It was a shock to me, therefore, when I started going out with my boyfriend Jake, to find out that he seemed to have tapped into the fabled, long lost Christian society of south east England. Like me he doesn't seem to work with any. He just happens to have been friends with someone who converted from the sort of lazy nothing most English people have instead of religion, to Christianity for his wife. He managed to suck Jake into the church social world (although not the religion) through the side door.

Most surprising of all was the discovery that Jake's family is Christian. None of them go to church, don't get me wrong, they have gardening to do on a Sunday the same as everyone else, but his mum and dad pray sometimes and his granddad was a vicar! His brother told me the other day he was a Christian, but he isn't getting married in a church, that would be a bit hypocritical because he hasn't been to one for about 15 years.

I have always been pretty mean about Christianity. Personally I find a lot of it pretty repellent, and I don't just mean the more nakedly bronze age sections of the Old Testament. I am not sure that a god who puts “Thou shall worship only me” (commandment 2) in front of “Thou shall not kill” (commandment 6) is very moral. Jesus gets on my nerves too, telling everyone they are fundamentally made evil and that only by worshiping him will they avoid burning in hell. The fact that god requires a blood sacrifice (dead Jesus) to forgive us all our “sins” speaks volumes to me as well. Mostly what annoys me about Christianity is the black and whiteness of it all. This is good and this is bad, because we said so. Buying a morality off a shelf is lazy; especially when that morality was written in the Bronze Age. I hate absolutism.

So as you can see I am not a natural ally of Christianity, and yet I find myself with Christian in-laws and playing dungeons and dragons with a church group. Bryan and Jay, who recently put us up in their lovely house are Christian. Bryan is possibly the most Christian person I have ever met.

I think it would all be easier if Christian teaching wasn’t so gay. The fact of the matter is that the monotheistic religions are responsible for a lot of sexual repression over the years, of women and gay people. It can be exist alongside a philosophy that includes that.

The sad thing about having Christian friends are those times when the gulf between suddenly and briefly reveals it presence. When they reveal that they worry you are going to hell, or show that they think their Christian marriage is worth more than your gay “friendship”.

I was once speaking to one of Jake's church friends about Jake and me getting a civil partnership. In the UK these are commonly referred to as marriage, I think civil partnership is too long to say. It was all going nicely until I mentioned we would want a party and ceremony. I could see in his eyes he was genuinely shocked and surprised, just for a second.

I can live with that, but have learned I have to have my own boundaries with them. They can only go so far. One of Jake’s church friends was once badgered by the vicar into telling Jake he was wrong to be gay and should change his behaviour. This was before we met, if it had been while we were going out now... I can promise you that friend would not be welcome in my house. The same vicar has since had a couple of affairs and left his family incidentally, says it all really.

The trouble is that a lot of this is prejudice. It is like saying I don’t like gay people because they are all promiscuous. Not all Christians believe that homosexuality is the greatest evil facing mankind and many are not trying to erode gay civil rights every chance they get. Many Christians are rational, questioning people. They try to fit the better moral messages of the bible to the world as they find it, not try to fit the world to strict black and white rules. While I may not agree with their ethical starting point, as long as they have no beef with me, I find it hard to have a problem with them.

What is the difference between a scientist who uses his understanding of the natural world to develop a liberal social idea and a Christian who uses his knowledge of scripture and experience of life to reach the same place?

I would never bring up my own children as Christians. I think religion is disabling rather than enabling. But I now judge people on what they think, not why they think it. If someone thinks homosexuality is wrong then I think they are a small minded fool no matter what religion (or lack of) they come from.
Posted by GFV at 12:02 AM