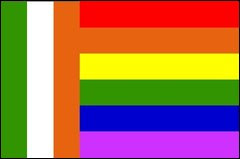 By: Craig Rigby
So I spotted some good news buried in the back of my news paper a week ago. The Republic of Ireland parliament has passed a civil partnership billed extending some of the legal rights associated with marriage to gay people. This Irish President has now signed the law having found it fully compatible with the Irish constitution. This is no mean feat for a country in which the catholic church still has so much influence.


The Irish Justice Minister has called the legislation “one of the most important pieces of civil rights legislation to be enacted since independence.” And who can disagree?

I don’t much follow Irish politics, it doesn’t make the news much over here. Normally the only Irish news I get comes from my grandparents, who despite being English back through the bloodline and never having lived in Ireland manage to have become Irish community leaders in the UK. They even once had dinner with the Irish President… crazy…. Anyway, here is my uneducated understanding of the situation. I am sure my Granddad will read it and call me up to put me right if I get too much wrong. 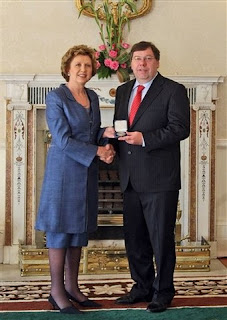 The bill seems to have passed through the Irish senate, the Seanad, with remarkably little opposition; only four senators voted against the passage of the bill. The vote came at the end of a unusually long debate lasting a full 23 hours! It was prolonged by a small number of members, led by Senator Ronan Mullen, who objected to the legislation on moral grounds (read homophobic).


Mr Mullen lead three dissident Fianna Fáil senators who voted against the legislation. All three lost the Fianna Fáil whip this week when they signalled they would oppose the legislation. For anyone unfamiliar with a parliamentary system this means they were sacked from the party. This is an extreme measure but shouldn’t be unexpected when a member defies the party position on a matter of human rights.

There were 77 amendments to the bill and each amendment took about 2 hours of debate. Mr Mullen was on his feet often throughout the entire 23 hours speaking at great length on every amendment. He was being so obstructive that he was accused of trying to filibuster by other senators. The situation was such that the Leader of the Seanad had to announce at 4.30 pm that he was going to guillotine the debate at 6.30pm.

Mr Mullen has since declared that the cut off of the debate has tainted the law. I would counter that perhaps he is annoyed his filibuster attempt didn’t cut any glass. In any case the debate cut was totally legal under the rules.

The Bill will extend marriage-like benefits to gay and lesbian couples in the areas of property, social welfare, succession, maintenance, pensions and tax. Registration will take place before a registrar. The legislation also provides for the legal recognition of civil partnerships obtained in other countries.

It seems an attempt at a separate but equal policy as enacted in the UK. I suspect that in Ireland, as in the UK, the proponents had a choice between high public support for legal rights of gay people or a vicious religious backlash for using the word marriage.

In one way the government went further than that of the UK. Although registrars and associated officials are not allowed to opt out of their duties in regard to civil partnerships in either country in the UK, transgressors face only dismissal. Ireland has taken a much harder line. Officials refusing to perform their duties will be subject to a fine with prison terms of up to 6 months for those who flout the new law.

I am not sure how I feel about this last part of the legislation, perhaps dismissal is enough. Ireland is a different country to the UK however, and perhaps the framers of the bill are worried about the influence of the church on the operation of the democratic state.

The main problem with the bill, and the one that seems to be causing the most worry, is the omission of any rights or obligations relating to children. There is no provision for gay step parents or the many children in Ireland being parented by gay couples.

Overall I still think this is a step in the right direction. Any legal rights are welcome and the more legitimised gay relationships become the more gay people will be accepted in society. 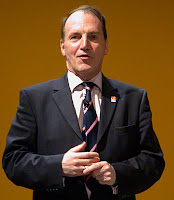 Just a quick bit of UK news. There has been a lot of interest in the words of Simon Hughes, the deputy leader of the Liberal Democrats here in the UK. He has said that the coalition government will provide for full civil marriage by the end of the parliament; this means in the next 5 years. He is building on comments given by the Prime Minister and Chancellor pre election in which they said that they would look at gay marriage if elected.

Personally I don’t think it is going to happen. Simon Hughes does not have a position in government. His job for the Liberal Democrats is to keep the party membership happy in the face of right wing compromise in the coalition. He is talking up left wing policies to please his membership. I personally think that the Tories will avoid what they will see as unnecessary, fight with their right wing over this.

I do believe that the Lib Dems will ask for this at the cabinet table. It is after all becoming an embarrassment that so many other countries have full marriage and we do not. I just don’t think they will get it. Its main chance will be if the coalition is about to collapse and bring down the government, under such pressure the Tories may bite the bullet.