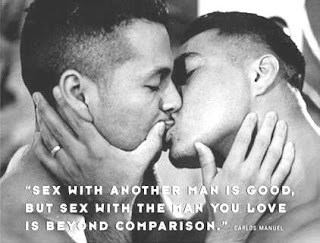 What is it about our first relationships that makes us into people we don't recognize when we look in the mirror? Normally when we think of first love, we think of sweet things and a time when our lives are full of endless possibilities. But...when looking back, does anyone else have those moments when you ask yourself, "What the hell was I thinking?" I don't know if this is a universal phenomenon or really just something that pertains to me, but it seems that Our first loves have a way of becoming our moon and sun to the point where we behave in ways we might not otherwise....like overlooking glaring flaws in the relationship, ignoring our friends, and doing things that push us beyond what we thought we were capable of. First loves always teach us lessons by the mistakes we make within them. Oh snap Toto...I don't think we're in Kansas anymore...

I have a friend...who shall remain nameless...who has confided in My husband and myself about his relationship with an older man. At the time...they were having alot of trouble with honesty and fidelity. They met online at a dating/hook up sight and began seeing each other. Soon a relationship developed. Our friend was in his twenties and the other man in his mid 50's. The problems began when our friend began to get serious about this older man. The older man would frequently not bother to call our friend for long periods of time, would not introduce him to ANY of his friends or family except to refer to our friend as his "nephew" to others. He kept there lives very separate. He also got caught by our friend continuing to solicite hook ups at  the same sight where they met. Knowing what most of us do today, I'm sure alot of people would have had some hard words for anyone who claims to be their boyfriend and then treats them this way...many would move on to greener pastures....especially after catching your boyfriend cruising for hook ups on the same sight you met him on.

But my friend is in love...and it's his first....he's willing to ignore every warning sign and danger signal along the way because that feeling is so overwhelming. Ah well...When we hear from him  at all these days its all unicorns, butterflies, and bunny rabbits. Thats first loves for you.

I understand by now that you can give people the best of your years of experience and they will take your advice and promptly ignore it. Its happened all too often. You can't walk another persons path for them..they will do what they need to do and sometimes being a good friend means standing back and allowing them to...even when you see the warning flags they don't. Sometimes, being a friend is still being there when the poodoo does hit the ventilation device. Besides, I was no different.

All these events have made me think back to my first boyfriend. I was twenty and fresh out of the closet...like less than a month out. I was like a heat seeking missile looking for someplace to put twenty years worth of pent up emotion and longing...and I found it. He was a very good guy...easy to talk to...easy to be around...the kind of guy that could bring out the most frightened of closeted men. We liked the same things and often spent long hours talking about video games, comics and all the juvenile stuff  we both still love today. But..he was also the kind of guy who loved intellectualism for its own sake  and considered himself smarter and more experienced than me...and he showed it to me in a variety of ways.

In any conversation he would love to argue it around to its begining just for fun...leaving me frustrated that I had not been heard at all. Also, in any new thing I discovered and became excited about...he had already been there, done that and didn't care to discuss it any further...mind you we were only a couple years apart in age.

But the part that eventually led to a break up with him was that he loved to seduce people that were outside his bounds and take me along with him. I was fresh out of the closet and dealing with sex outside of my relationship was scary....a little shame filled...and exciting all at once. Now...several years away from that relationship I can see how I was manipulated by him. Wtith him I experienced many things outside the norm...and I learned from them. I learned much from him both good and bad. 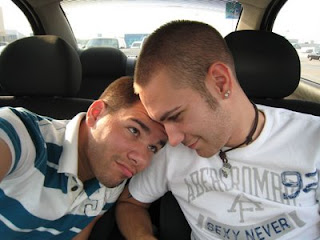 I learned what it felt like to be in love on all levels...not only emotionally...but physically as well. It was the first time in which all the elements were present and I didn't know that it could feel like that. Dating women never held this level of feeling and passion. I learned what it was like to love someone I was friends with and what a relationship could be. I saw myself do and say things to him I didn't think even existed within me...and in that moment realised that relationships were not meant to be easy all time, but required work and patience. I learned that two men can definitely love each other with the same level of commitment that any straight relationship can boast...a fact that was a revelation for me then.

In the negative...I learned that I can be manipulated and that sometimes my instincts for people arent so sharp(in fact..they suck). This taught me to be wary of the motivations of others and that its not always a good thing to accept people at face value. I learned that I am capable of doing things my sixteen year old self would have paled to consider....and thus the lesson was to take responsibility for that part of myself and my actions. With him I learned the connections between sex and love. I was with him for over three years.

Now...I have always been something of a serial monogamist. There has never really been a time when I was a single gay man. That said...I don't think I have lacked for lessons in life. Its just that most of those lessons have come from those I loved. If not for my first love, I don't think I would have had the emotional equipment to be with my current husband...with whom I have grown exponentially more. I can never regret anything that has happened because it has all led in some way to the love I know today. Even the bad things about my relationship with my first love have a different meaning for me today. All I regret is the pain and hurt of how we ended. I still carry that lesson today as well....even though he does not believe that is so.

That is my story...somewhat abridged....My point being that the people we first love take us to places we didn't think it was possible for us to go...and they usually hold a mirror up to ourselves in a way we have not been accustomed to seeing. They often teach us not only about love but the realities of living it day by day after the honeymoon has passed... so I can never be judging when I see someone else dive off that same deep end that I swam in for so long.