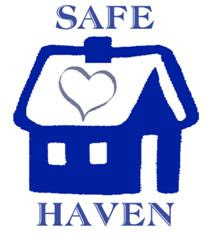 By: Craig Rigby
There is a long tradition of offering asylum in the UK. People who are persecuted or threatened with violence or death in the own countries are offered leave to live and work in the UK as long as they can prove they were actually being persecuted. They are housed and fed by the government until they can find their feet.


This is a political hot topic. Bogus asylum seekers...who are in reality economic migrants, are often accused of trying to hijack the asylum system to live off the UK state. Unlike some liberal people I am absolutely sure that this is not quite all hot air. Some asylum seekers do take the mickey out of the system; a particularly bad example lives next door to my grandmother. However I do believe the system has value and that genuine asylum seekers should continue to be helped.

It was against this backdrop that the previous government denied sexuality was a valid reason for asylum.
The Home Office had been denying asylum to gay people at an alarming rate. An estimated 98% of cases involving gay asylum seekers had been rejected in the last five years. The Home Office claims that they were taking sexuality into account in all cases. They had decided that the situation of these gay people was "reasonably tolerable" and that they could be expected to conceal their homosexuality. I think that that may work in places like Poland, where you are likely to be shunned, but not places like Iran...where you are likely to be hanged.

Enter the Law Lords. After working its way up through the appeals process the case of two men, an Iranian and a gentleman from Cameroon reached the Supreme Court and today they made their decision.

They have unanimously decided to allow asylum based on sexuality. Here is the summing up by the Law Lord (British for Supreme Court Judge), the appropriately named Lord Hope. He may look evil but it turns out he is nice:

"To compel a homosexual person to pretend that his sexuality does not exist or suppress the behaviour by which to manifest itself is to deny his fundamental right to be who he is.


"Homosexuals are as much entitled to freedom of association with others who are of the same sexual orientation as people who are straight."

So I say come all you gays from Africa, the Arabian Peninsula and the US bible belt and live on these grey, cramped islands in homosexual bliss.
Posted by GFV at 11:23 AM