The Possible Repercussions Of The Bishop Eddie Long Scandal 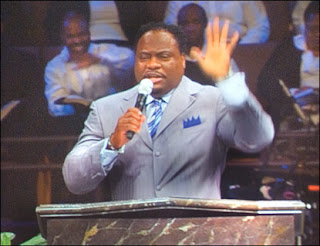 Another anti-gay Mega-church pastor is caught up in a gay sex scandal. Eddie Long of New Birth Missionary Baptist Church in Georgia has been accused by four young men...and possibly more...of enticing them into sexual relations when they were teenagers in Bishop Longs congregation. The allegations go on to say that Long used his position in the church and its funds to shower these young men with expensive gifts, trips abroad alone with Long, and coercing the young men into sexual acts with Long..sometimes through with the help of drugs. Bishop Long denies everything quite stridently, even as the allegations have grown from two men initially...to a third and now a fourth man coming forward...all sharing similar backgrounds and telling eerily similar accounts of how they were enticed into sex by Bishop Long. In his most recent sermon Long addressed the allegations claiming, "I am not that man". He also vowed to fight the charges, likening himself to David fighting Goliath.

Every time this kind of thing happens, we take it as reinforcement for the hope that America is seeing the disconnect between the message these men espouse (that gays and lesbians are evil).....and their actions. In them, we hope that people see the inner hatred that these men feel for themselves that they have directed outwards at the gay community. However... sometimes my brain kicks me in the butt...this week it challenged that assumption that these scandals always have positive effects for the gay community. It asked me to consider the story as it might be seen from one of Bishop Longs congregants....when a man of his position and history of anti-gay rhetoric gets found out, does that always help us?

The outing of the Bishop Long scandal and  most scandals involving men who use their voice and influence over others to breed hatred against the gay community, we see as vindication against their years of damaging LGBT people. The hope being, that the more these men get found out for hypocrisy...the more people will stop listening to them and see that its the self hatred within these people that fuels their message. We saw it in the fall of Ted Haggard, who's own ministry came crashing down after he was found to be having sex with male prostitutes while taking crystal meth. A few years later came George Allen Rekers and the "rentboy scandal". This in addition to the countless priests and politicians caught up in their own scandals lately. Each instance helping to highlight that the loudest voices condemning and demonizing gays, are usually gay themselves...but could that realization be turned against us?
In the case of Ted Haggard and George Allen Rekers...the situations involved prostitution, and for Haggard drug use...but in both cases the people that they had sex with were adults. Bishop Long stands accused of coercing emotionally vulnerable 17 year olds. Now...it has been pointed out that the legal age in Georgia is 16, which means these young men where of legal age when Long pursued them. But that being said, in the minds of a great many people..this still smacks of sexual predation. Making it worse is the fact that church funds were used to buy these young men expensive electronics and jewelry, in addition to cash gifts he gave them and the introductions to unnamed celebrities....then Bishop Long took these young men alone with him on over sea's vacations....George Allen Rekers style....AND...had been sending the young men pictures of himself in tight fitting muscle shirts. Topping it off is the allegation that Long used drugs like Ambien to soften up the young mens inhibitions.

Let me be clear here...My intention here is not to condemn a man who so readily condemns us....which he does even now. As of now there is no proof given for any allegations made against him. My purpose here is to ask if scandals like these, always necessarily have a positive effect on gay rights by showing vocal anti-gay proponents as false...or could that same linking of homosexuality with the acts long has been accused of hurt us? For example..

Imagine for a moment you are in Bishop Longs congregation...and these allegations turn out to be true...would this call into question the years of condemnation that you learned at the hands of men like Long? Or would the predatory aspects of this case stand out more, leading you not to reconsider your views of homosexuality...but to reinforce the negative stereotypes that gay men are predators and pedophiles? All of Longs history of standing against homosexuality would get lost in the details of drugging teens for sex and attempting to buy them off with church funds. The man who Bishop Long was would be completely erased and and replaced with the labels of homosexual and predator..a stereotype he helped create and maintain.

Right now, Bishop Longs congregants are standing by him as the packed house last Sunday attests to. Perhaps they want to believe that none of this is true or perhaps they merely wanted to see what Long had to say in person. But I suspect that as the details of these accusations continue to come out, things are going to be very different at New Birth Baptist. And consequently... I feel that this will have rippling effects into the great many Baptist congregations that make up the majority of Southern churches. The tendrils of this scandal could have a very long reach.

Just as the Haggard and Rekers scandals were everywhere, so is Bishop Longs. The story is inescapable. It has all the sensational aspects that will drive it far beyond gay blogs and into mainstream news outlets...and the consciousness of a nation. It will stand on the backs of scandals past, as well as dovetailing into the huge scandal that currently plagues the Catholic church. All of it painting a bigger picture of the relationship between sex and religion...but what conclusion will be drawn? and will we, as a nation, learn the lesson that denying our sexuality leads to horrible consequences?...not only for the person who lives that lie but also for the many people who he turns his self hate outwards to. Another layer of this story is how it affects religion as a whole. I've heard it said that this story was going to affect the black religious community in Georgia like the dropping of a nuclear bomb. To me that assessment seems to fall far short of the potential affect of this story, which could extend far beyond the Black religious community of Georgia. These events add to the Catholic pedophilia scandals that are deeply affecting thousands of people worldwide. A scandal that many protestant religions stood back to watch unfold because of the traditionally sketchy opinions about Catholicism by many protestant denominations. Now it raises its head in this most fundamentalist of regions.

Religion in the southern portions of America is an integral part of the social and cultural fabric of the region. These allegations against Long, if substantiated, may cause many southern church goers to look at the spiritual leaders in a more cautious light. The similarity with the Catholic scandal being the questioning of what was before an unquestionable and untouchable part of the social structure. For an institution that also serves as cultural glue this is a big deal...religion being one of the defining features of Southern life in many areas.  If you are religious, live in a heavily churched community and also have the realisation that that you can't trust your pastor...who can you trust? In my opinion, this could potentially reach out to all fundamentalist Church's in the region...not only those predominately attended by African Americans....and far beyond. But if the fall of Jim and Tammy Faye Bakers church didn't accomplish this....than perhaps I'm totally off base with this opinion.

I'm sure the great majority of people will see this situation for what it is...the case of another loud homophobic voice...who was so loud in order to hide the truth of who he really was. But we've we not had the elements of drug use and sex with teenagers as an element to the story as we do here....my question is how will those elements influence peoples conclusions. Where the ripples of this story will wash up may not be what we expect. My hope is that this will be another crumbled brick in the wall of religious persecution of gays....we'll just have to stay tuned to find out. 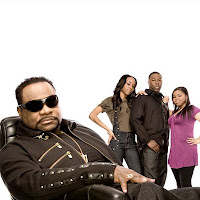