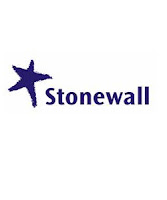 By: Craig Rigby
There has been a festering sore at the centre of gay politics in the UK for a while. This week was the party conference for the smaller of the two parties in the governing coalition and it seems to have brought the puss filled ulcer to a greasy, leaking head. Only time will tell if the boil can be lanced or if it will cause blood poisoning and death for the patient.

The patient in this case is the gay rights organisation Stonewall. Stonewall was founded in the 1980s to lobby the government for civil rights for lesbian and gay people. It has had a lot of success in its time. It successfully lobbied for gays in the military, employment protections, and the right of equal access to goods and services. Stonewall was also instrumental in gaining the very strong UK civil partnerships laws, laws which are different to marriage only by name.

But this is where the trouble began, while most gay people are happy with civil partnerships as they stand, most are also irritated by the lack of the word itself. Many people blame Stonewall for the situation. At the time of the consultation on gay partnership rights, Stonewall decided that pushing for every right associated with marriage was good enough. As long as gay people had equal legal entitlements, they were willing to let the word go. I for one think this was a mistake, it would have been far better to push for everything and be turned down than to roll over meekly.


Since the law came into force Stonewall has been silent on the matter. They have refused to start a campaign for gay marriage saying that, while there is still a single instance of homophobic violence left in the UK, they should not waste time pursuing a costly campaign to gain a name...marriage. Even when other gay rights groups have called them out and when government ministers have been making all the right noises, they have still refused to comment. They merely state that gay marriage is a cause which they are neither for or against.

Along comes the Liberal Democrat conference and a debate on gay marriage rights. The conference floor came out strongly in favour of gay marriage with only three people voting against. The policy they have adopted is to allow civil partnerships for straight people as well as marriage for gay people. The panel at the debate included Lynn Featherstone, minister for equality whose job it is to enact this kind of legislation and one Ben Summerskill, the Chief Executive of Stonewall.

It seems that Mr Summerskill decided to forgo his usual silence on the matter of gay marriage and offer some opinions. The extra ordinary thing is that the opinions can only be described as anti marriage!


He pointed out the financial implications of the policy. He called on the Treasury to publish an impact assessment on the cost. He then stated that the policy could cost up to 5 billion in taxes in the next 10 years as straight couples...who would have been traditionally put off by the historical implications of marriage...decide to get a civil partnership instead. There has certainly been anger from heterosexual people on their exclusion from civil partnerships. One couple even took the issue all the way to the European Court for Human Rights. But as one delegate on the conference floor put it: “if South Africa had adopted Stonewall’s approach [to the cost of equal rights], it would still have apartheid”

He has also put forward the argument that not all gay people want marriage. In 2009, explaining why the charity was then not actively campaigning for LGBT marriage equality he stated:

"we know there are quite a lot of gay and lesbian people who wouldn't want marriage, and some have explicitly said so.".

Stonewall built on this on the 21st September 2010:

"While some lesbian, gay and bisexual people fully support changing civil partnership into marriage, there are others – including particularly some women – who do not want something that is either the same as or synonymous with marriage."

This argument makes absolutely no sense. There are some gay people who pretend they are “cured” and then go around casting fire and brimstone at the rest of us.. does that mean we should all give up and get sham heterosexual marriages? It seems to me that Mr. Summerskill himself may be one of the people who doesn’t agree with marriage, one of those people who can’t get past the 12th century definition of a man owning his wife. In a recent survey it was found that 98% of gay respondents favor gay marriage.

To give the Liberal Democrats their credit he did not get an easy ride from the conference floor. Former London mayoral candidate Brian Paddick criticised Stonewall during the debate for not supporting the measure. Perhaps most damning of all was a tweet from MP Stephen Gilbert. "It should not be for me as an MP to lobby Stonewall to support gay equality, it should be for Stonewall to lobby me."

I for one, am done with Stonewall until they change their position. I am thankful for all they have done for us so far, but this isn’t just our horse falling at the final hurdle, it is our horse turning round at the final hurdle and kicking us right in the nuts.
Posted by GFV at 9:25 AM