Gay Youth...Too Many Lights Gone Out 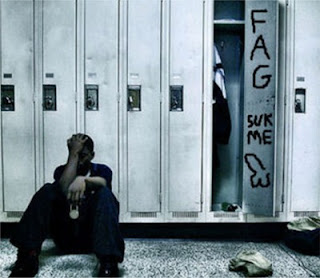 To be Young and know that you are gay is to live in an emotional pressure cooker....Everywhere around you, your friends are pairing off into couples and making their first discoveries about love..and yes, sometimes sex. But, for gay teens life is so much more complicated. You may know the truth about yourself and want to fight it with every fiber of your being. Alternatively, But, if you can accept that you're gay doesn't mean that your friends or family will....leaving you alone with the feeling that their is something about you that sets you irrevocably apart from everyone you love.

Moving beyond issues of self identity, their is the longing to experience the first steps into love and relationship that you see taking place all around you in your peers. If you don't date the opposite sex to divert suspicion, then you face the invasive questions and bullying of other teens. Even if you could date someone you wanted to, how do you find someone when everyone is living in stealth too?  Especially if you live outside of an urban area. Its a tremendous emotional load to bare...especially for those who don't have the support of their families and friends.

Some kids do push back. The news occasionally brings us stories of teen taking their dates to prom and exceptional examples of courage like Constance McMillan banned from her high school prom for wanting to bring a same sex date, Ceara Sturgis banned from her high school year book for appearing in a tuxedo , or Derrick Martin who fought to be able to bring a same-sex date to his prom. These are kids who fought back and won...though most also paid a heavy price in losing the support of their family or friends.

But sometimes the pressures can be too great and a large number of gay teens simply don't make it to see a day when they can build the life of their choosing. Today brought us two more... 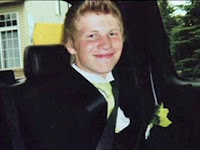 One young man is Justin Aaberg who came out at thirteen only to commit suicide at fifteen. Justin's mother states that she saw her son as having the perfect life. She was unaware of how sad and isolated her son actually was until she read about it in his suicide note...


In the weeks since she found her son dead in his room on July 9, Tammy Aaberg has heard from many of her son's friends at Anoka High School. They told her Justin Aaberg had been bullied and had recently broken up with his boyfriend.

My heart goes out to her both for the loss of her son and for discovering his pain in this manner. Yet Tammy Aaburg is taking Justins example and using it to change the policies of the school district in which they live...which, like many school districts, has not wanted to adress LGBT teens and bullying. She has become a vocal defender of gay teens in her community so that, one day, no teen feels that suicide is the only way out of loneliness and bullying.

In the same day comes the story of Billy Lucas, a 15 year old who underwent terrible bullying at his Indiana high school. Billy was discovered hanging in his families barn.

According to the article and attached video, faculty at the high school claim to have no knowledge of what Billy had suffered at the hands of bullies...even though current and former students have come forward contradicting that statement. At least one student claimed that faculty had been made aware of Billy's situation as well as at least one former student who makes the claim that his own harrasment was ignored by school officials.

This is just todays news....according to statistics, gay teens are 2-3 times more likely to commit suicide over their heterosexual peers. How many more stories happen every day that never get the recognition that these stories have? How many gay, bisexual, and transgendered teens are making plans to kill themselves right now?

Suicide is a topic that touches mine and my husbands life deeply because of his own attempt to kill himself by jumping off a local bridge. Everytime he see's a story like this, his eyes cloud over and you can practically see him standing on the edge of that bridge all those years ago. He's very clear in saying that he wanted to die that day...and when he failed he was more angry and upset than ever....but he survived. Today he knows that the young suicidal man he was could not have seen where he would be today or how his life would have changed. Now, everytime he hears of a gay kids who has killed himself he relives it all again. Whenever he talks to a gay teen who reaches out to us on youtube, the memory of that day is never far away. Making sure that gay kids know they are not alone has become a very important part of our work on Youtube.

One such friend we talk to everyday. He emailed us after watching our family online and we have become one of few connections to his gay identity. Being 16 and in a small town in Iowa feels like being the only gay person on the planet. Living in a state that voted for marriage equality is cold comfort when your not old enough, or in a postion to need it. Talking to him has unvieled a very bright..if texting addicted young man...who feels rejected by his parents and unable to see himself in anyone else around him. His crushes have been nail biting affairs of trying to figure out if the guy he likes is even gay or not. I worry about that boy sometimes....

But in talking with many gay teens through email the one thing they will always express, is that they want to get out of the towns they were born in. Some to get away from parents who are hostile...some to get away from kids in school who call them "faggot" every day...some just to go to a place where they can find another person like them. They look for a place to be accepted for who they are and hopefully to find love. How sad that that can't be found at home...

I know....none of us at 16 can see how our lives will change in just a few years. We get out of high school and our decisions suddenly become our own. Hopefully we can face the fullness of who we are as people and begin to build lives based on who we really are. Finally, we can find friends who know and accept us for all of our dimensions....A life where even though the family we were born into may not accept us, now we can begin to build  family around us that does. We can have all those dating and romantic experiences that we longed for but couldn't find because we thought we were the only ones. We can begin to grow into full human beings with confidence and strength in who we are. Sometimes we can even begin to see that the hostility that we grew up with from a different perspective, as coming from people with hurts and failings of their own....with no more power to make you fear and hate yourself. But you have to make it to that day first....and believe me...it does come.

Sing us out Lisa...Until next time dear readers...